The time has come for the greatest golfers in the world to come together to play for the coveted Green Jacket. Read along to find out who we think has the best shot at making some noise and providing betting value in this year's Masters betting picks. 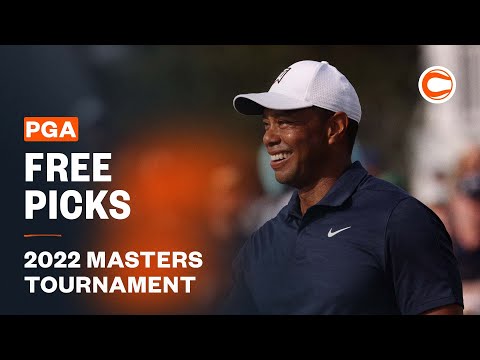 It’s Masters week and while the media is swirling around the Tiger Woods will-he-won’t-he situation, we’re busy grabbing good value for the 2022 Masters in the matchups, tops, and props markets. Be sure to also check out the latest 2022 Masters odds to see who are the favorites to win the biggest tournament of the year.

If you're signing up for a new sportsbook for the Masters, here are two of the best bonuses* available:

Augusta requires the total game to be firing on all cylinders. Most important is iron play considering the undulating, fast, and tiered bentgrass greens. Plus, you need elite scrambling ability to avoid bogies when you miss them.

The greens are what also make course experience so important, so we will weigh history heavier than other weeks for the Masters.  Driving for position is also important at Augusta but the rough is not that penal, which is why we’re also looking at ‘good drives’ gained more than fairways hit.

Lastly, let's keep the weather in mind. There could be 20 mile-per-hour winds on Friday and Saturday and you’ll want some grinders on your betting card if that’s the case.

Scottie Scheffler is the hottest player in the world but not far behind is Cameron Smith, and we like the latter's game better for Augusta just like the oddsmakers did until Scheffler won the Dell Match Play. Over the last 24 rounds, Smith outranks Scheffler in approach, putting, and scoring opportunities gained.

Smith also has played 20 rounds at the Masters now versus only eight for Scheffler, four of which were at the November Masters with very different conditions.  If the wind blows this weekend, we also think that benefits Smith after what we saw from him at Sawgrass.

Both of these players are making their Masters debut, although List did play great here as a teenage amateur in 2005. Now he’s an Augusta local and while the National isn’t his everyday course, we know he gets to play there more than most pros.

List can’t putt but neither can EVR as they rank 86th and 76th in the field with the flatstick over the last 24 rounds. However, List is hitting many more greens in regulation, launching more ‘good drives’, and he also ranks first in the field around the greens versus 77th for Erik.

Hatton is a hot putter right now but we like the consistency that Fitzpatrick brings to the table. He’s gained shots on approach in all five 2022 starts on the PGA Tour, including fifth at the Valspar, ninth at the API, and a 10th-place finish in Phoenix.

Course history also favors Fitzy. He’s finished better than Hatton every year since 2017 at the Masters, except for last year when Hatton managed a T18 to Fitzpatrick’s T34. We also like the driving stats. Fitzpatrick ranks 13th in fairways gained and 23rd in good drives gained versus 74th and 65th for Hatton. He is also second in the field in scrambling over the last 24 rounds while Hatton is 32nd.

The odds tell the story here. Si Woo is one that Vegas has their eye on otherwise he’d be north of +350 to Top 20. He actually has a great track record at Augusta with finishes of T12, T34, T21, and T24 in his last four attempts.

Si Woo comes into Augusta this year having made seven consecutive cuts and is on the heels of a 13th-place finish at Valero. While he didn’t light it up in Texas, he did keep his stats in the green across all the key strokes gained categories. We also like seeing him ranked 11th in fairways gained while also being Top 40 in driving distance.

This is one to jump on at DraftKings with other books hanging half the price on Sraka to finish inside the Top 20. Already a winner this year, Straka is a Georgia Bulldog who surely has some Augusta experience despite being a debutant.

He’s near the top in all of the key driving stats and also ranks 11th in the field in recent scrambling. Straka also ranks 17th in bogey avoidance and eighth in double bogey avoidance. So, if the winds are up and the greens are hard to find, we like Sepp to get those up-and-downs that will keep him in the mix.

Is Hideki injured or just being cautious? If he is in any way hindered, then this is an extreme value bet with only three Japanese players in the field. Takumi Kanaya has played a lot more rounds on Tour than Nakajima, the world’s best amateur.

However, Keita’s numbers are better in the limited sample size. Nakajima actually gained 1.5 strokes on approach and finished 41st when we saw him last at Sony, while Kanaya missed the cut. They could both miss the cut, but in a world with a hurt Hideki, this is worth a shot.

Rose has shown up ready to play at the last two Masters firing a 67 in November and then a 65 to kick things off and grab the first-round lead in April. By the stats, he doesn’t look so good but he came into both of those last two Masters with no indication he’d come out firing. It seems like he knows how to peak for Augusta.

To echo what everyone is saying if Tiger plays then he thinks he can make the cut and contend. It’s not just ceremonial and if walking the course is going to be a problem, then that’s going to show itself more on the weekend — if he makes it.

With multiple practice rounds and evidence that he is moving without pain, why would we expect Tiger to be worse than three over par in the first round? It’s a lot of juice but a solid parlay leg. Be sure to check out all of Tiger's Masters betting odds here. 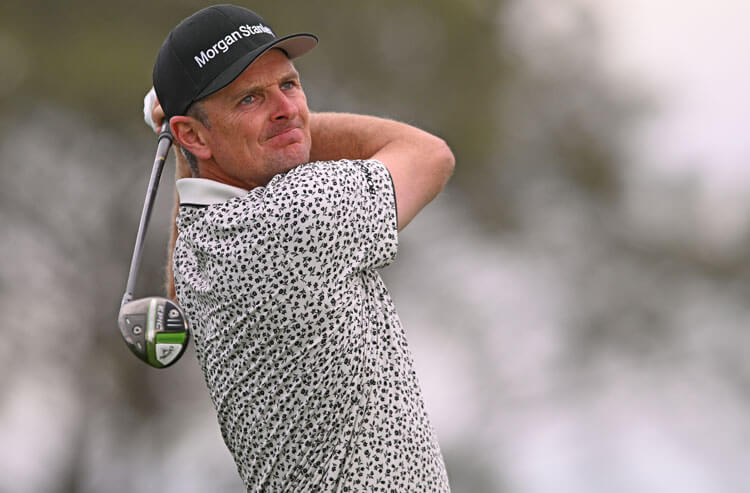