Who will be the next Batman? Cash in on these Caped Crusader betting odds

DC Comics is currently casting a backup Dark Knight should “Bat-fleck” call it quits with Jake Gyllenhaal set as a -130 favorite.

The latest superhero blockbuster, Justice League, just hit big screens but it seems like one of the film’s biggest stars, Ben Affleck, is done donning the cape and cowl of the Batman.

With plans for a new Batman franchise and follow-ups to Justice League already in the works, DC Comics is currently casting a backup Dark Knight should “Bat-fleck” call it quits. Our fun-loving Covers oddsmakers have cooked up some prop odds for the next Batman, with Jake Gyllenhaal set as a -130 favorite.

Gyllenhaal is reportedly the studio’s top pick to replace Affleck, with director Matt Reeves – who will helm “The Batman” – having a soft spot for the 36-year-old star of such films as Donnie Darko, Brokeback Mountain, and Zodiac. Gyllenhaal has dabbled in action flicks with roles in Prince of Persia and Southpaw and has the acting chops to bring out the best in a broody Bruce Wayne.

Behind him at +270 is Jeffrey Dean Morgan, who has been at the center of many fan theories as it pertains to Affleck’s replacement. Morgan actually played Thomas Wayne – Batman’s dad – in Batman v. Superman, and one alternate timeline in the comics sees Thomas Wayne – not Bruce – becoming the Caped Crusader. This theory does involves some form of time travel from The Flash but we’ve already seen that in the DC Universe, so anything can happen.

Next up at +500 is Armie Hammer, who was loosely attached to the role of Batman for Justice League a few years back. Hammer watched his career stall with action flop “The Lone Ranger” in 2013 but has the stature to fill out the Bat Suit, standing at 6-foot-5. He’s followed by Michael Fassbender at +750, Jon Hamm at +900, Ryan Gosling at +1,200, and Tom Hardy – who would go from beating Batman to being Batman - at +1,500.

Looking for a live long shot to be the next Batman? How about Matt Bomer at +1,700? Bomer, who stars in American Horror Story, actually read for the role of Superman when Zack Snyder was casting for Man of Steel, even going as far as wearing the famous red and blue suit and trading lines with Louis Lane herself, Amy Adams.

If you’re a fan of The Ringer, the popular sports and pop culture blog narrowed its search for the next Batman down to Star Wars star Oscar Isaac, who we have pegged as a +2,000 long shot. Isaac didn’t win over comic book fans with his portrayal of Apocalypse in the last X-Men film and is only 5-foot-7. That height is not exactly striking fear in the hearts of Gotham City’s biggest baddies. 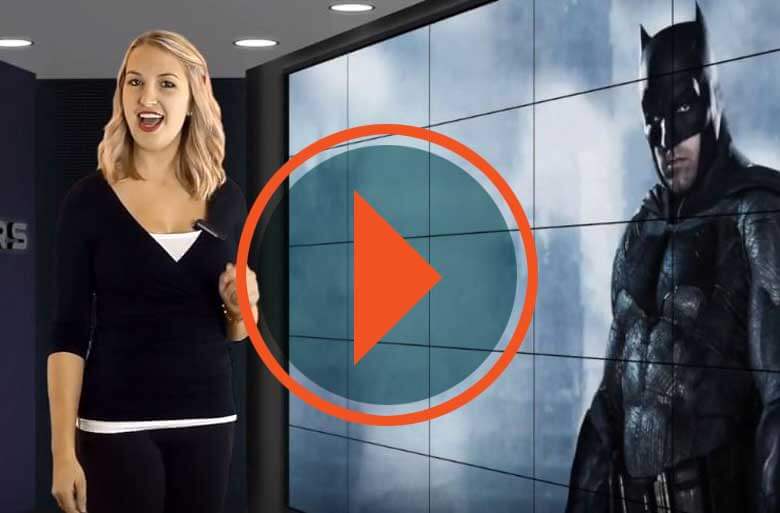 Who will be the next Batman? Cash in on these Caped Crusader betting odds
Provided by