Breakers vs Stallions Semifinal Picks and Predictions: Back Underdog Breakers in Round 1

The Stallions are rightful favorites in this first-round matchup, however, the margins aren't as big as this 5-point spread might suggest. As such, our USFL betting picks are taking the points with the Breakers.

The USFL playoffs kick off this weekend with both first-round games going down this Saturday.

The hometown Stallions (9-1) were the star of the show during the regular season but now must prove their mettle when it matters most. They face the Breakers (6-4) in the second game of the day, which kicks at 8:00 p.m. ET on NBC.

Will New Orleans spoil Birmingham’s wonderful season? Who will advance to the championship game?

Check out our USFL picks and predictions for New Orleans Breakers and the Birmingham Stallions on Saturday, June 25 to find out.

To no surprise, the Stallions are listed as the favorite. They can be had at -5 across most books. The total has been set at 44.5 for this contest.

It’ll be a mostly sunny day with a high of 90 during the day and a low of 68 at night. Winds are expected to top out at 6 mph, so weather should not impact this game.

Breakers vs Stallions picks and predictions

First things first — the Stallions have had a great year. You can’t go 9-1 without being a good football team. They’ve gotten things done on both sides of the ball and made winning plays when they’ve had to. This is a well-coached team under Skip Holtz and they’re a serious contender for the championship.

Now that that’s out of the way, I’ll voice a concern. How will these teams look outside of Birmingham? They had the advantage of playing every single regular-season game in their home city.

It’s true that “home” cities are mostly a “home” in name alone, as every team practiced and played in the same city. I still believe it counted for something that they were the darling of the regular season and had some semblance of home-field advantage in every game. Will the magic carry over to Canton?

The Stallions have a good statistical profile, but it’s not dominant. They average 323 yards of offense per game, which is 20 yards better than the Breakers (303). A stifling defense leads the league with only 268 ypg allowed. New Orleans has a good defense as well, allowing only 276 ypg.

These teams have played twice, with the Stallions taking both meetings. They won 22-13 in Week 3 and narrowly came away victorious 10-9 in Week 8.

The Stallions are the better team and the rightful favorite, but the margin between these two teams is close. Given the uncertainty with the change of venue for the Stallions and the narrow margin for error, I’ll side with the Breakers and take the points.

Both teams have relied on their defense this season. The Stallions have the best defense in the league, allowing only 16.1 points and 268 yards per game.

Birmingham may have the best total defense in the league, but New Orleans has the best scoring defense. The Breakers are allowing only 14.8 points per game. A good secondary has been the calling card, as they have allowed the fewest passing yards (163 ypg) in the league.

The Breakers should look to avoid a shootout and keep things ugly if they hope to pull off the upset. There are concerns at quarterback, where Kyle Sloter is listed as questionable.

They probably would’ve pulled off the upset last time they played the Stallions if Sloter did a better job taking care of the ball. He had three interceptions in that matchup and has struggled with turnovers this year.

Backups Shea Patterson and Zach Smith were awful in his stead a week ago in a 20-3 loss to the Houston Gamblers. The Breakers had nothing to play for in that contest and likely held out Sloter to rest him for the playoffs, but he’ll need to cut down on the turnovers in this matchup.

When both teams are holding the opposition to less than 280 total yards per game, I have to target the Under.

I’m a fan of the Under from a numbers perspective, but totals in this league have been too unpredictable with wild swings from week to week. Therefore, I’m targeting the side as my best bet.

I believe that this betting line has some slight value on the Breakers. These teams are pretty close statistically and most recently played each other in a one-point game.

The Stallions began the season 6-0 against the spread as an undervalued team, but bookmakers caught up. What happened in the last four weeks of the season? Birmingham failed to cover the spread every time.

I’ll take the points with the underdog in what is a very close matchup on paper despite the records.

Did you know that if you parlayed our USFL Breakers vs. Stallions predictions, you could win $26.45 on a $10 bet? 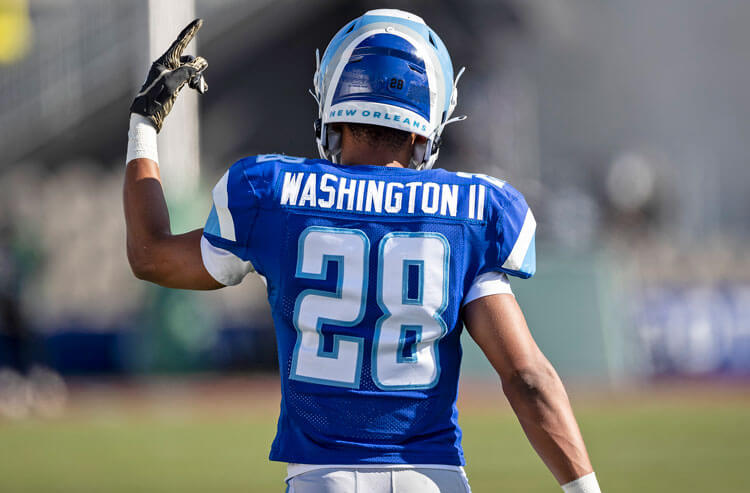 Breakers vs Stallions Semifinal Picks and Predictions: Back Underdog Breakers in Round 1
Provided by