An injury to star center Aleksander Barkov -- and the uncertainty of its severity -- hung over the host Florida Panthers as they routed the New York Islanders 6-1 on Tuesday night in Sunrise, Fla.

Just under two minutes into the second period, New York's Scott Mayfield was penalized for a knee-on-knee hit on the left leg of Barkov, Florida's captain. Barkov did not return, and Mayfield was ejected.

Barkov, who had an assist in the first period, leads the Panthers in goals (nine) and points (17).

The Panthers, who broke a four-game losing streak, got a strong game from goalie Sergei Bobrovsky, who made 27 saves. He has yet to lose in regulation this season (7-0-2).

This was the second time this season that the Panthers have thrashed the Islanders. The first was a 5-1 win on Oct. 16, also in Sunrise.

The Panthers raced to a 5-0 lead by getting one goal each from Jonathan Huberdeau, Ryan Lomberg, Carter Verhaeghe, Patric Hornqvist and Aaron Ekblad. Brandon Montour picked up two assists. Frank Vatrano added a late goal for the Panthers.

Islanders standout goalie Ilya Sorokin was pulled after allowing four goals in the first period. Sorokin, who entered the game with a stellar 2.18 goals-against average, made 13 saves.

Kyle Palmieri scored for the Islanders, who finished a season-opening 13-game road trip with a 5-6-2 record. They have lost four consecutive games.

Huberdeau started the scoring with 6:58 gone in the first. Florida's Anthony Duclair beat his man wide and then fired a pass back toward the slot, and Huberdeau did the rest.

With 14:40 gone, Lomberg pounced on a long rebound and roofed it past Sorokin.

Less than two minutes later, the Panthers made it 3-0 as Sorokin made a brilliant initial stop on Verhaeghe. But, again, no Islanders player cleared the rebound, and Verhaeghe pounced.

Then, with just 1:47 left in the first, an Islanders turnover led to Hornqvist roofing the puck from a sharp angle, just past Sorokin's right ear.

The Panthers kept coming. With 13:41 expired in the second, Ekblad scored on a blast from the right circle as the puck sailed over Varlamov's right shoulder.

New York finally got on the board with five minutes left in the second. Palmieri hung on to the puck until he got Bobrovsky out of position.

Vatrano scored with 3:24 left in the game. 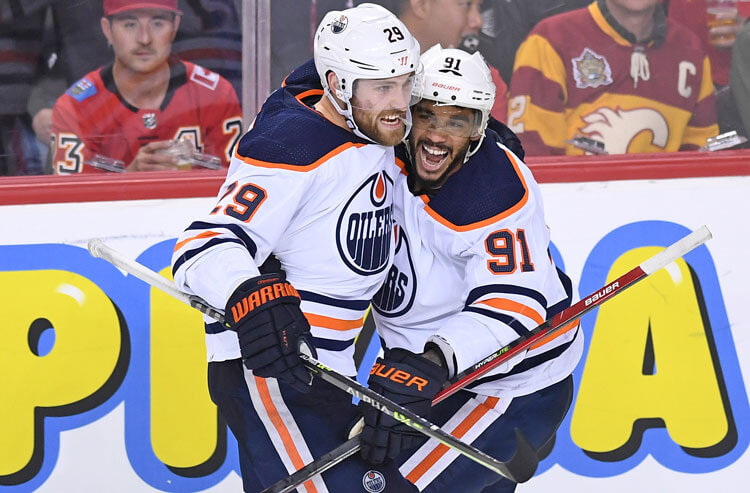 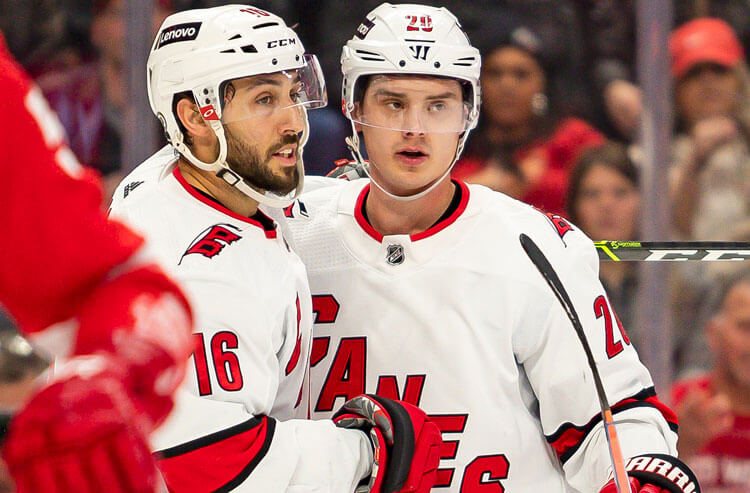 2021-22 NHL Stanley Cup Odds: Avalanche Top Board, Canes Rise Early in Round 2
About Us
Contact Us
Careers
Our Team
Brand
Testimonials