GREEN BAY, Wis. -- No matter who is calling the plays for the Green Bay Packers, their offense remains inconsistent.

Still, the Packers are in better shape than the Dallas Cowboys with backup Matt Cassel at quarterback.

With head coach Mike McCarthy back in charge of play-calling duties, Green Bay got touchdown passes from Aaron Rodgers on back-to-back possessions in the first half and 239 total yards from from scrimmage by running backs Eddie Lacy and James Starks.

That would be enough to give Green Bay a 28-7 victory over Dallas on Sunday at rainy Lambeau Field.

Green Bay (9-4), coming off of last week's Hail Mary win at Detroit, won its second straight game to take a one-game lead in the NFC North. Lacy and Starks each had more than 100 yards from scrimmage. Lacy finished with 124 yards and a touchdown on the ground, and Starks collected 71 rushing yards and scored on a 13-yard catch and a 30-yard run. Green Bay finished with 230 rushing yards.

Dallas (4-9) appears finished in the NFC East, with Washington and Philadelphia winning to improve to 6-7 and the Giants (5-7) playing on Monday. Dallas fell to 1-8 without Tony Romo, twice sidelined by broken collarbones.

Nursing a seven-point lead in the fourth quarter, the Packers' offense finally mounted a drive after five consecutive punts. Starks blasted off right tackle for a gain of 11 on third-and-2 and Rodgers ran out of a sack on third-and-9 to pick up 11.

The drive appeared doomed after Lacy was dropped for minus-5 and receiver James Jones was flagged for pass interference. But on second-and-25, Starks took a draw up the middle and scored untouched from 30 yards to put the Packers in front 21-7 with 4:44 to play.

Green Bay tacked on another touchdown about two minutes later. After Dallas failed to pick up a fourth-and-4, Lacy had runs of 15 and 24 to set up his 1-yard plunge. It was the capper for a big day for Lacy, who was demoted last week for a curfew violation.

Dallas cut a 14-0 deficit in half in the third quarter by taking the ball out of the hands of Cassel. Running back Darren McFadden sprinted for 45 yards on a misdirection run and backup running back Robert Turbin broke a tackle at the line of scrimmage and ran for 22 to the 7. On the next play, right guard Zach Martin blocked the Packers' top two defenders -- defensive tackle Mike Daniels and linebacker Clay Matthews -- as Turbin waltzed in untouched for the score.

Dallas couldn't sustain the momentum, due in part to receiver Dez Bryant managing just one catch for 9 yards.

Both defenses had goal-line stands in the first half, which ended with Green Bay holding a 14-0 lead.

On Dallas' opening possession, McFadden ran past safety Ha Ha Clinton-Dix and into the clear for a 50-yard gain to the 12. On third-and-goal from the 2, Cassel had a chance for a touchdown to Bryant but threw too high and too far behind him. Cornerback Sam Shields corralled the deflection for an interception.

Dallas' goal-line stand came on the ensuing possession. On second-and-goal from the 1, cornerback Brandon Carr pressured Rodgers into an incompletion on a naked bootleg. On third-and-goal, Starks was ruled to have scored but the play was overturned by replay. On fourth-and-goal, Rodgers' sneak was stopped by defensive tackle Nick Hayden, among others.

While the Packers didn't score, the field position set up a touchdown on their next possession. On third-and-4 from the 13, Rodgers threw a swing pass to Starks, who scored on the play.

Green Bay benefited from a replay review on the ensuing possession, with Bryant's 28-yard catch on third-and-5 being overturned.

The Packers pounced with a brisk 81-yard touchdown drive, with Rodgers converting a third-and-5 with a 16-yard scramble before hitting Jones for 16, receiver Randall Cobb for 14 and fullback John Kuhn for 14 more.

On second-and-goal from the 3, the Packers lined up with a run-heavy formation. Rodgers faked the handoff to Lacy and found tight end Richard Rodgers alone for the touchdown.

NOTES: Green Bay CB Sam Shields, who started the game matched up against Dallas WR Dez Bryant, sustained a concussion in the second quarter. ... Dallas RB Darren McFadden had runs of 50 and 45 yards and needed only seven carries to go over 100 rushing yards. ... A week after catching his 1,000th career pass, Dallas TE Jason Witten played in his 200th consecutive game. 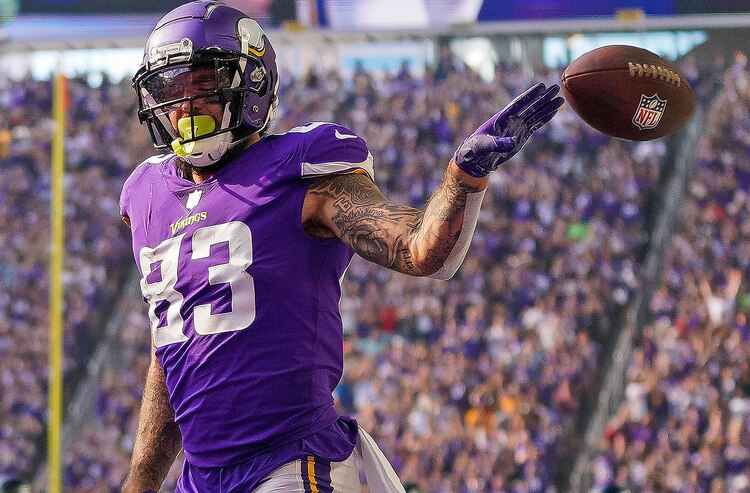 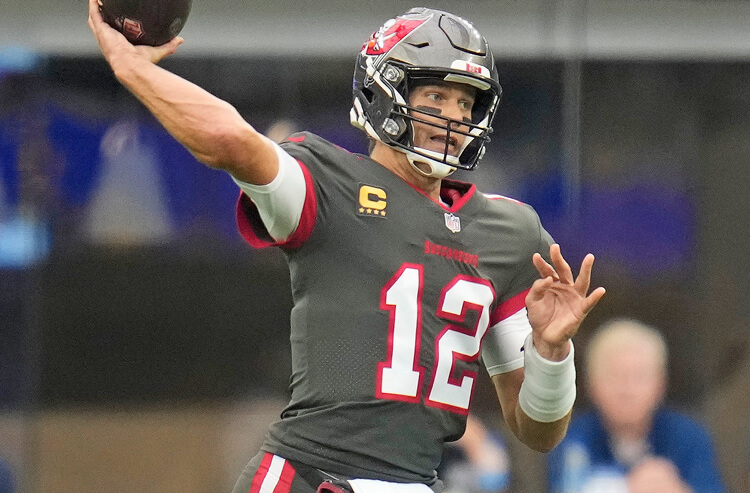 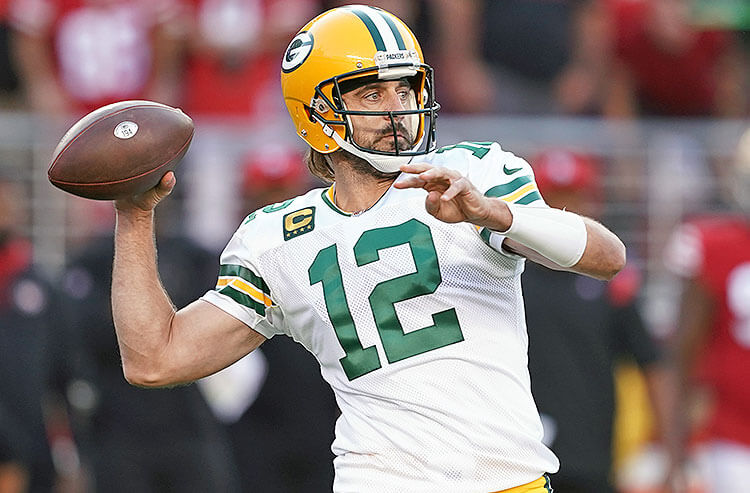 2021 NFL MVP Odds: Rodgers Joins Star QBs Atop Betting Board
About Us
Contact Us
Careers
Our Team
Brand
Testimonials