Cam Newton threw for two touchdowns and ran for two more as the Carolina Panthers toppled the Cincinnati Bengals 31-21 on Sunday afternoon in Charlotte, N.C.

Running back Christian McCaffrey gained 184 rushing yards on 28 carries for the Panthers (2-1). Newton completed 15 of 24 passes for 150 yards as the Panthers won their seventh straight home game.

Bengals quarterback Andy Dalton was 29 for 46 for 352 yards with two touchdowns but four interceptions, including one on the game's final play.

Newton's second touchdown run came from 5 yards out with 5:34 left in the third quarter. The scoring chance was set up when defensive end Efe Obada, who was active for a game for the first time, made an interception of a batted ball at the Cincinnati 26.

It didn't take long for the Bengals to close the gap, with Dalton hitting Tyler Boyd two-and-a-half minutes later for a 27-yard touchdown to make it 28-21.

Cincinnati (2-1) made a fourth-down stop on the first play of the fourth quarter but didn't convert on its final four possessions. The Bengals scored 34 points in each of their first two games.

With Panthers linebacker Luke Kuechly leaving the field for treatment for cramps, the Bengals drove to the Carolina 25 before a holding penalty. Then came kicker Randy Bullock's missed attempt on a 53-yard field goal at the 7:14 mark.

Cincinnati's next possession ended on rookie Donte Jackson's second interception of the game.

Giovani Bernard's 1-yard run opened the scoring, concluding an 11-play drive for the Bengals on Cincinnati's first possession of the game.

The Panthers then marched 75 yards with Newton scoring on a 2-yard keeper. By that point, McCaffrey had rushed for 64 yards.

The Bengals were even after C.J. Uzomah's 1-yard catch from Dalton midway through the second quarter.

The Panthers led 21-14 at halftime thanks to C.J. Anderson's 24-yard catch-and-run with 2:47 remaining in the first half.

Bernard, who was filling in for injured running back Joe Mixon, picked up 61 yards on the ground on 12 attempts.

This was the first meeting between the teams since a 37-37 tie in 2014 at Cincinnati. That's the only tie in Carolina franchise history. 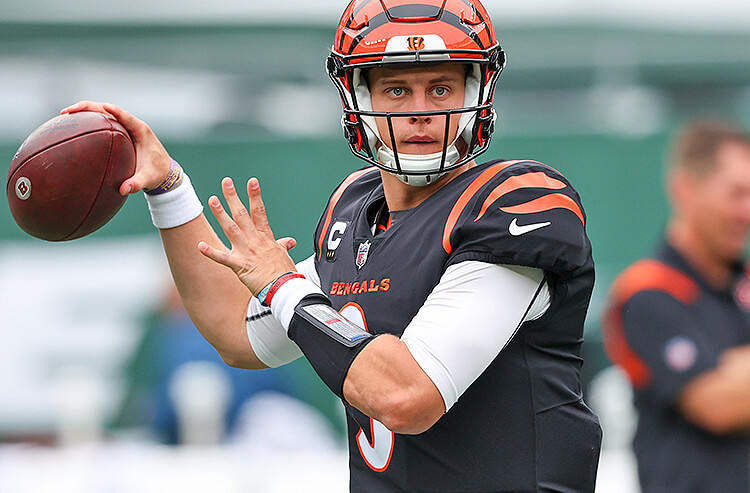