Another big all-around game from running back Aaron Jones carried the Green Bay Packers to a 20-15 victory against the visiting Washington Redskins on Sunday.

Jones led the Packers (10-3) with 134 rushing yards and a touchdown plus six catches for a game-high 58 yards as Matt LaFleur became the first rookie coach in Packers history to win 10 games.

Nursing a 17-9 lead, the Packers took possession at their 11 with 9:58 remaining and turned Jones loose. On third-and-14, he lined up at receiver and caught a pass for 25 yards. On third-and-3, he ran through a tackle for a gain of 5. Jones added a 12-yard run on the drive, capped by Mason Crosby's 33-yard field goal with 2:34 remaining.

The Redskins fell to 3-10, including 3-5 under interim coach Bill Callahan. As has been the case during Callahan's stint, Washington ran the ball well and stayed in the game behind a stout offense, but the ineffective play of rookie quarterback Dwayne Haskins continues to be hard to overcome.

Adrian Peterson ran for 76 yards. In the process, he became the sixth player in NFL history to rush for 14,000 yards for his career. However, Haskins didn't surpass 100 passing yards until the final possession. That drive got into the end zone, with receiver Terry McLaurin making an incredible one-handed catch for the 13-yard score with 1:17 remaining, but Davante Adams recovered the onside kick.

Green Bay scored touchdowns on two of its first three possessions in what looked like an early runaway. Jones scored on a 4-yard run to open the game and Aaron Rodgers fired a bullet to tight end Robert Tonyan for a 12-yard touchdown. Both scores were set up by catches of 20-plus yards by tight end Jimmy Graham.

Washington turned momentum by turning to its powerful running game. Starting at its 5, the Redskins ran the ball on eight consecutive plays, highlighted by runs of 11 and 13 yards by Peterson sandwiching a 23-yard run by Derrius Guice. On third-and-13, Haskins hit Kelvin Harmon for a gain of 30 to set up a 2-yard score by Peterson. Dustin Hopkins missed the extra point, keeping the Redskins behind 14-6.

The first half ended in fittingly ragged fashion. With Green Bay in position to build upon its lead, Rodgers was stripped by Redskins linebacker Ryan Anderson. Washington couldn't take advantage, though, as Haskins' telegraphed pass was intercepted by safety Adrian Amos.

Green Bay's Mason Crosby and Hopkins hit field goals in the third quarter to make it 17-9.

It was a costly game for Washington, which was officially eliminated from the playoffs. Guice, who missed his entire rookie year and most of this season with knee injuries, suffered a knee injury at the end of his long run and was ruled out after halftime. Star linebacker Ryan Kerrigan was lost early in the second half with a calf injury. 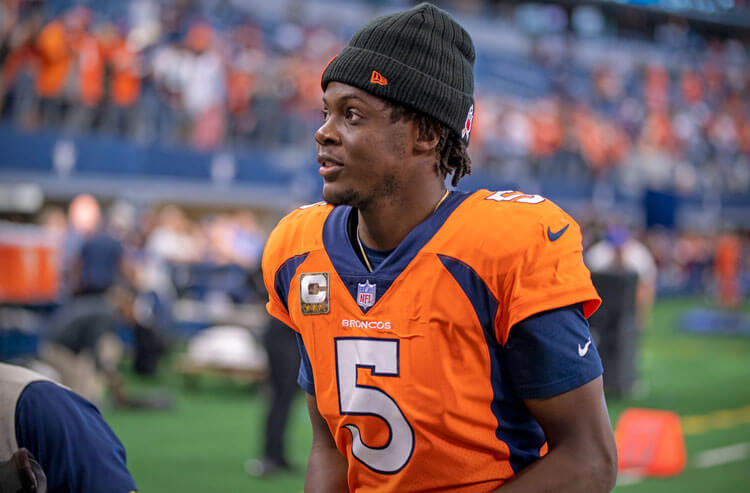 Broncos vs Chiefs Sunday Night Football Picks and Predictions: Bridgewater & Co. Can Hang Around in AFC West Clash
About Us
Contact Us
Careers
Our Team
Brand
Testimonials