No. 25 Texas 31, No. 14 Oregon State 27: David Ash tossed a 36-yard touchdown pass to Marquise Goodwin with 2:24 remaining, lifting the Longhorns to the come-from-behind victory at the Valero Alamo Bowl in San Antonio, Texas.

Storm Woods, who grew up about 100 miles northeast of San Antonio, rushed for 118 yards on 21 carries and scored two touchdowns to lead Oregon State (9-4).

Ash, who completed 21 of 33 passes for 241 yards and two touchdowns, rallied the Longhorns back from a 10-point deficit at the start of the fourth quarter. He escaped a sack before finding running back Johnathan Gray for a 15-yard touchdown reception to cut the deficit to 27-24 with 8:18 remaining.

Texas scored on a 64-yard double-reverse by Goodwin in the second quarter, but otherwise rushed for 53 yards on 30 carries. On the play before Ash’s game-winning touchdown pass, Gray ran 3 yards on fourth-and-1.

GAME NOTEBOOK: The Longhorns were without backup QB Case McCoy, who was sent home along with injured LB Jordan Hicks for an unspecified violation. McCoy, the brother of Cleveland Browns quarterback Colt McCoy, started the final game of the regular season, a 42-24 loss to Kansas State. … Texas freshman LB Peter Jinkens recorded the first interception of his career on the opening series of the game. He made his first career start Nov. 10 against Iowa State. … Texas has won 58 consecutive games when owning a plus-two turnover margin or better.
31 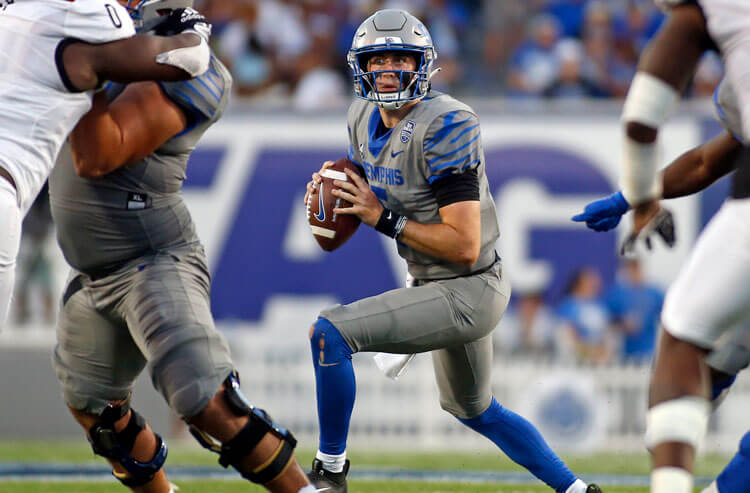 SMU vs UCF Odds, Picks and Predictions: Knights Corral Mustangs With Ground Game
About Us
Contact Us
Careers
Our Team
Brand
Testimonials