Bryce Harper hit a walk-off grand slam into the second deck in right field off Derek Holland in the bottom of the ninth inning to rally the host Philadelphia Phillies past the Chicago Cubs 7-5 on Thursday.

Harper, whose moonshot exited at 113 mph and an extremely steep 40-degree launch angle, also had two homers in Wednesday's 11-1 victory.

"Besides winning the division and getting to the playoffs, that was one of the coolest moments I've ever had in my life," an exhilarated Harper said afterward.

The Phillies entered the ninth trailing 5-1 before exploding for six runs to secure the three-game series sweep. After trotting to first while watching his blast, Harper sprinted the rest of the way in anticipation of the celebration.

"I was just so excited to get back with the boys at home plate," Harper said. "Everybody was going nuts. I was trying to get there as quick as possible to celebrate."

Roman Quinn and Corey Dickerson had two hits each for the Phillies.

Cubs starter Yu Darvish was stellar through seven innings in giving up four hits and no runs. Darvish struck out 10 and walked none. Pedro Strop (2-5) took the loss in relief.

The Cubs struck first when Rizzo launched a mammoth solo homer to right field in the third inning for a 1-0 lead.

In the bottom of the third, Philadelphia's Adam Haseley was stranded at second base when Harper struck out swinging to end the threat.

Chicago capitalized in the fourth when David Bote hit an RBI double and Albert Almora Jr. added an RBI single for a 3-0 advantage. Rizzo then ripped a run-scoring single to right for a 4-0 lead.

Schwarber snapped an 0-for-10 skid with a solo homer to center in the fifth for a 5-0 advantage. It was Schwarber's 100th career home run.

The Phillies managed only four hits through the first six innings -- doubles by J.T. Realmuto and Dickerson and singles by Haseley and Logan Morrison.

Darvish's 10th strikeout of the game against Haseley ended the seventh.

In the eighth, the Phillies had runners on second and third with two outs, and Dickerson singled home Quinn to get within 5-1. But on the play, Rhys Hoskins was thrown out at home by right fielder Castellanos trying to score from second.

Brad Miller hit an RBI single with one out in the ninth to close within 5-2. Quinn followed with an RBI single, and Hoskins was hit by a pitch before Harper's walk-off slam. 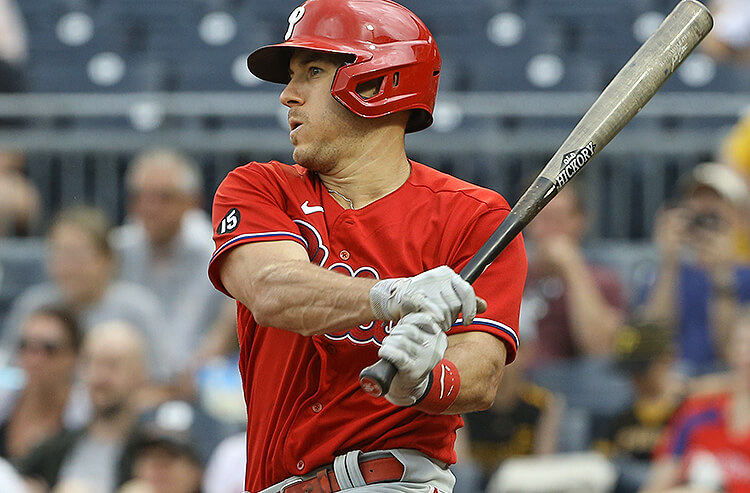 Phillies vs Nationals Picks and Predictions: Philly Is Rightfully A Big Road Favorite 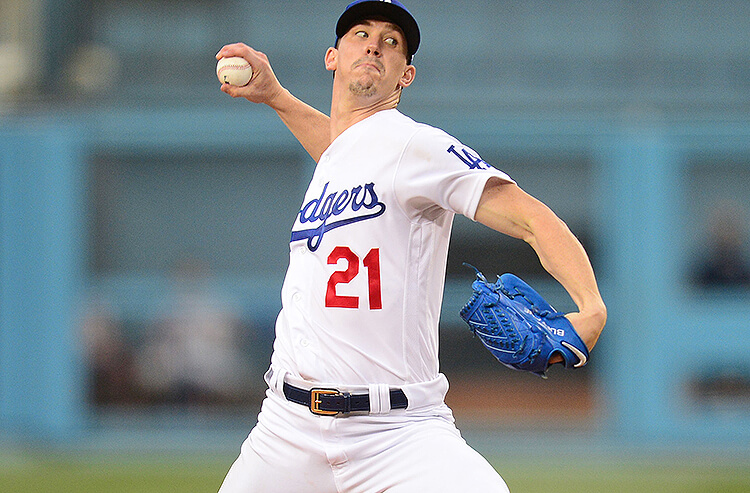 Astros vs Dodgers Picks and Predictions: Buehler's Dominance Gives LA the Edge Tonight
About Us
Contact Us
Careers
Our Team
Our Community