With pressure mounting, Boris Johnson resigned as UK Prime Minister on Thursday. Members of the Conservative Party are lining up to replace the controversial leader, and odds to be the next UK Prime Minister are already available.

Embattled British Prime Minister Boris Johnson faced his most trying week yet in what has been a controversial tenure, and it finally proved too much as he announced his resignation Thursday.

Johnson's announcement came after a brutal day for his government, as five cabinet ministers, including his finance minister and health secretary, resigned from their positions on Wednesday. By the time Johnson announced his resignation on Thursday, more than 50 members of his government had stepped down over the last 24 hours.

With Johnson's departure from 10 Downing Street imminent, books have begun to offer odds to be the next UK Prime Minister.

Odds to be the next UK Prime Minister

Favorites to be the next UK Prime Minister

The current Secretary of State for Defense, Ben Wallace has emerged as the betting favorite to take over as the British Prime Minister. Wallace was the top result in a YouGov snap poll of 716 Conservative Party members, taken over Tuesday and Wednesday, to succeed Johnson.

Wallace earned 13% of that vote, just ahead of second-place Penny Mordaunt, who garnered 12% of the votes. The Secretary of State for Defense has seen his popularity rise in recent months due to his handling of events in both Ukraine and Afghanistan.

However, while a number of members of Johnson's government have already expressed their interest in the prime minister position, Wallace has yet to do so.

Finishing third in that snap poll, with 10% of the vote, was Rishi Sunak. Formerly the Chancellor of the Exchequer and Chief Secretary to the Treasury, Sunak helped to usher Johnson out of office as one of the key members of his government to resign on Tuesday.

Sunak was at the forefront of the UK's response to the COVID-19 pandemic, but later drew criticism as a prominent character in PartyGate, the scandal which saw him and Johnson sanctioned for breaking the law during lockdown — with the pair becoming the first serving chancellor and prime minister to have broken the law while serving office.

The opposition called for Sunak's resignation after that scandal and his popularity among the general public sank, but now the former chancellor could replace Johnson, for whom he was once a close ally.

While Johnson's government hemorrhaged members over Tuesday and Wednesday, Penny Mordaunt controversially remained in her post as Minister of State for Trade Policy. For her part, Mordaunt defended the decision as one made in the best interest of the country.

However, while that may have hurt her popularity with the public, the Conservative Party appears to be more forgiving, with Mordaunt finishing second in the YouGov snap poll with 12% of the vote.

Mordaunt has been an outspoken critic of Johnson — while supporting Brexit — in the past, and supported Jeremy Hunt in the Conservative leadership election in 2019, in which he finished second to Johnson.

When will the next Prime Minister be chosen?

Though Johnson announced his resignation as Britain's Prime Minister outside No. 10 Downing Street on Thursday, there isn't exactly a clear timeline for a replacement.

Amid his resignation, Johnson told the press he had appointed a new cabinet to continue until a new prime minister is chosen.

First, the Conservatives must elect a new leader for the party, and that process doesn't yet have a set timeframe. In the meantime, Johnson has insisted he'll remain as prime minister — an idea that is, unsurprisingly, not popular among other members of the party.

Should Johnson not remain in his position, the Queen would appoint a temporary leader. Current Deputy Prime Minister, Dominic Raab (+700 to be the next prime minister), would be the likely choice. 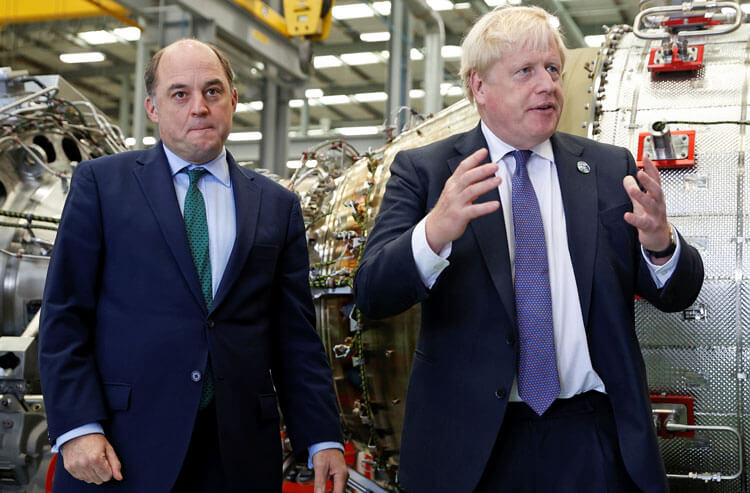