Team USA has a trifecta of betting favorites to capture medals for the 100-meter dash at the Tokyo Olympics.

The 100-meter dash is the most prominent and most-watched competition in the Summer Olympics. Usain Bolt has hung it up, leaving Americans Trayvon Bromell and Ronnie Baker, and Canadian Andre De Grasse to compete for the 2020 men's gold medal.

Team USA’s Trayvon Bromell is the odds-on favorite to capture gold in Tokyo and has the lowest men’s Olympic odds to win gold at -120. At that price, he is in a tier all by himself. Following Bromell is where it gets interesting. Ronnie Baker (+500) and South Africa’s Akani Simbine (+700) have similar odds as the next best before the table falls to +1,000 with De Grasse.

Bromell has best odds for Tokyo

Following his silver-medal 200m win in Rio and brief bromance with Usain Bolt, Canada’s Andre De Grasse has his sights set on the 100-meter gold in Tokyo. He has the best shot at stopping the Americans from sweeping the board. De Grasse’s personal best time was recorded at the 2019 World Championships, where he ran a 9.90 and finished second. He has yet to run better than a 9.99 this year and comes into the Olympics having finished fourth in back-to-back Diamond League events.

Bromell looks like a square pick at +100, but fellow countryman Ronnie Baker holds better value at +350 and has a 2021 best time of 9.85 seconds. Baker recently won 100 meters at Monaco Diamond League on July 9 with a time of 9.91 seconds. He bested Akani Simbine (second), Marcell Jacobs (third), De Grasse (fourth), and Bromell, who stumbled out of the blocks to finish fifth. If there is someone to push Bromell for the gold, it should be Baker. 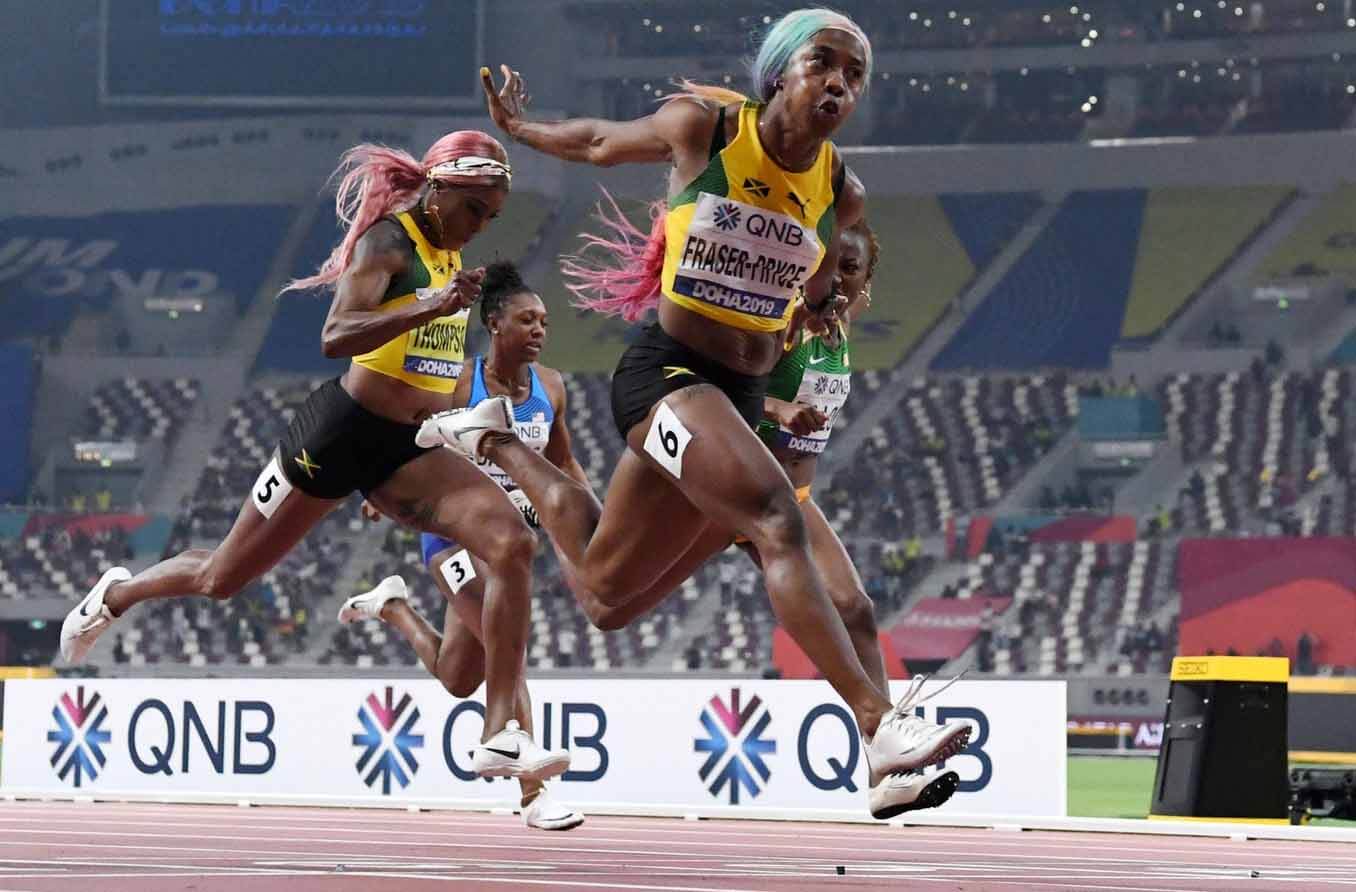 Though Usain Bolt overshadowed them at recent Olympics, fellow Jamaicans Shelly-Ann Fraser-Pryce and Elaine Thompson-Herah have also been racking up gold medals. The Jamaican duo has combined to finish first in three straight Olympics, capturing five total medals in the process.

100-meter medal odds vanish for US with Richardson suspension

Sha’Carri Richardson was Team USA’s best chance at winning gold in Tokyo, but a one-month ban in competing for testing positive for cannabis will force her to miss the competition. She holds the NCAA record for the women’s 100-meter dash with a time of 10.75 and has a personal best of 10.71 seconds. Teahna Daniels and Javianne Oliver are running for the United States but have long odds at +15,000 and +20,000, respectively.

No Canadian women running the 100 meters

The Canadians will not be represented in the women’s 100-meter dash race in Tokyo this summer.

British runner Dina Asher-Smith sits at No. 4 on the odds board at +1,000 and stands among the best with a chance at beating the Jamaican runners

Shelly-Ann Fraser-Pryce (-110) is five years older than her countrymate Elaine Thompson-Herah (+60). Still, she just recently ran a 10.63, which is an unbelievable mark and a personal best. She followed that up with a 10.71 in the Jamaican Olympic Trials. She beat Thompson-Herah, who usually sits in the 10.8’s. She won gold in 2008 and 2012 and bronze in Rio with a time of 10.86. Fraser-Pryce is currently the fastest woman on the planet.

Where to bet on the Olympics

Who will win Olympic gold in women’s 100-meter dash?

Who will win Olympic gold in the men's 100 meters?

Team USA’s Trayvon Bromell is the big favorite (+100) to win the men’s 100 meters in Tokyo this summer.

Can I bet on the 100-meter dash at the Olympics?

Yes. The 100-meter dash is one of the more popular events in the Olympics and will have heavy betting action in 2021. 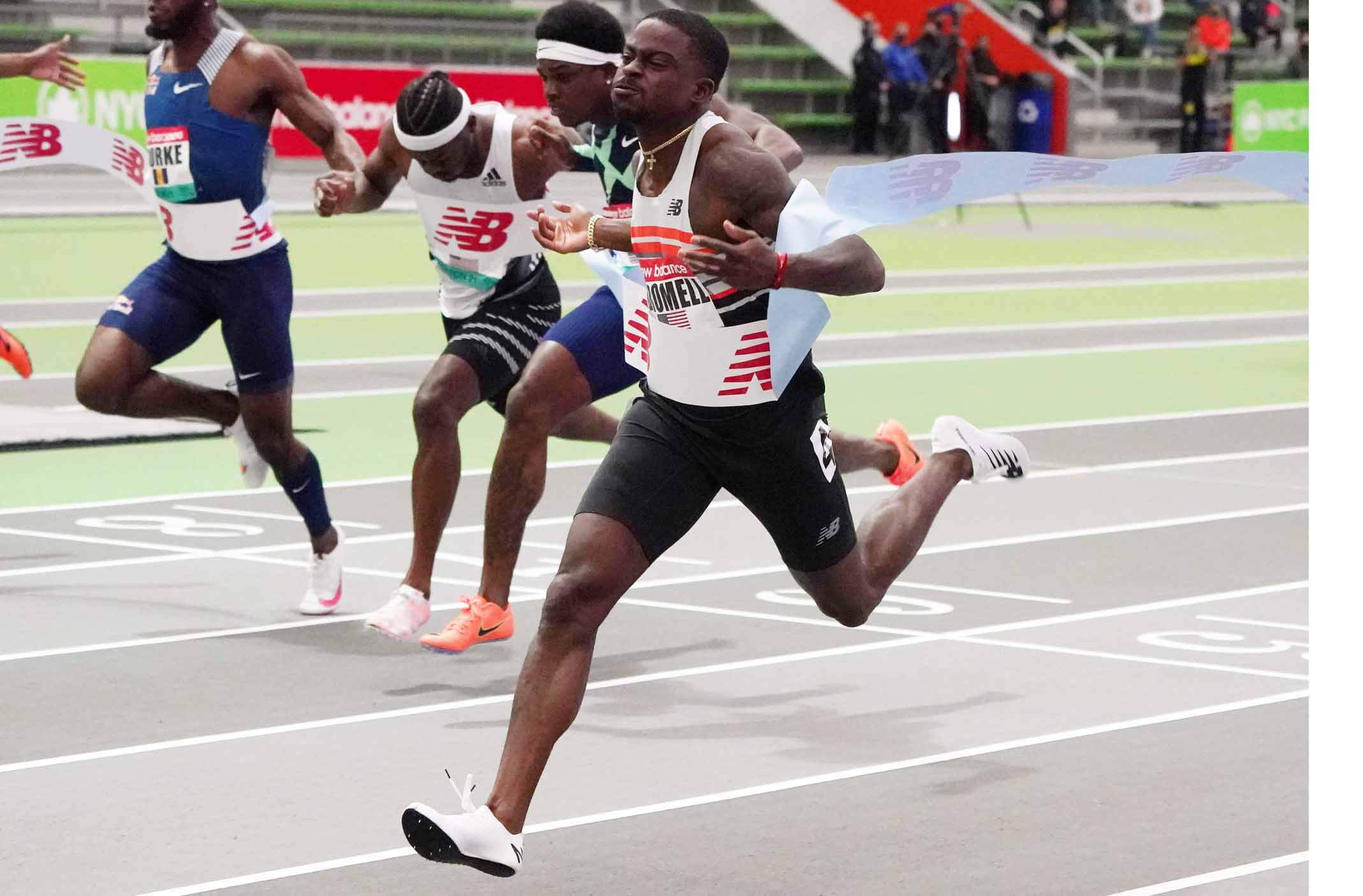