NFL Week 1 is finally here! And you know what that means: NFL betting is back too! We're tired of futures, season-long props and guessing how many rules Tom Brady can break before the season even starts — it's time to dig into the real NFL odds and bring the heat in our favorite Covers staff competition.

Each week, the members of the Covers editorial staff will provide their best parlay and NFL teaser bets of the week. In previous years, these picks were restricted to just totals, spreads and moneylines but this year there's a new rule:

There are no rules.

That's right, everything is in play. Player props, derivatives: if you can find a place to bet it, it's fair game.

Our illustrious team of football nerds have scoured the NFL matchups and present their best teasers, parlays and overall Week 1 NFL picks.

THE CHAMP IS HERE! Time to get my title defense off to a good start with a teaser. The Eagles should win. The Bears defense is going to be great while the Lions are missing their top weapon. And if the regular total for the Jets and Bills was 29.5, I still might take the Under.

I’m walking a few big favorites down with a three-game 6-point teaser, betting San Francisco -1, Pittsburgh pick’em, and New England -0.5. While the Patriots are a bit of a mystery, the one game on this teaser that makes me nervous is the Niners, with a butt-ton of injuries on both sides of the ball. But that’s what the six points are for.

There once was a guy on the Vikings,
Who saw the COVID-19 cases spiking.
He said, "If I die, I die."
No tear will come from his eye.
His chances at home versus the Packers, I am liking.

The Super Bowl hangover will hit the 49ers against a young Cardinals team that is 4-0-1 ATS against them in the last five meetings. I'm backing the Raiders against a Panthers squad that had one of the worst defenses in the league last year and got even worse during the offseason. And expect offensive fireworks when Brady and Bruce Arians face off against Drew Brees and Sean Payton.

Love Green Bay at +7 in a divisional game against what could be a bad Minnesota defense. You don't hear the word "rebuild" in football much, but Jacksonville is a garbage heap. The Jets without Jamal Adams is like riding a unicycle on the Autobahn — it's going to end badly.

The Bills got a generous spread to begin with and should make an early AFC East statement vs an injury-saddled Jets squad. Taking Vegas because the Panthers are terrible and my inner degen feels karmically correct siding with Sin City in their debut. Finally, despite Denver’s suspect D-line and the Von Miller injury, teasing the Broncos against the Titans (please be merciful, Derrick Henry). The Broncos and their Mile-High edge crush home openers, and Mother Nature’s tough to beat, even if Denver isn’t.

Since we haven’t seen any of these teams play yet, I’m going to play it safe for week 1. I’m taking Baltimore, Buffalo, Philly and Pittsburgh because let’s be honest: Cleveland, both New York teams and the Washington Football Team are still not very good.

Freedom! That’s how I feel now that I’m not constrained to only teasers and spread parlays. And right away I’m going away from the standard with a four-team moneyline parlay: three home teams that I don’t see losing to division rivals and then an Indy squad that faces the Jags, a team that could be one of the worst we’ve seen in recent years.

Let’s start with some quick math: good Indy D + great Colts rushing + awful Jags everything = Under 45. Then I like the Monsters of the Midway to (moneyline) maul the Motor City Kitties and I’m finishing with the Bengals to cover against the Chargers.

Yes, the Bengals. Why? Because Tyrod Taylor is a 3-point favorite on the road and I will not let that go unwagered.

Second: Doesn't matter. If you're not first...you're last.

Where can I make parlay and teaser bets online? 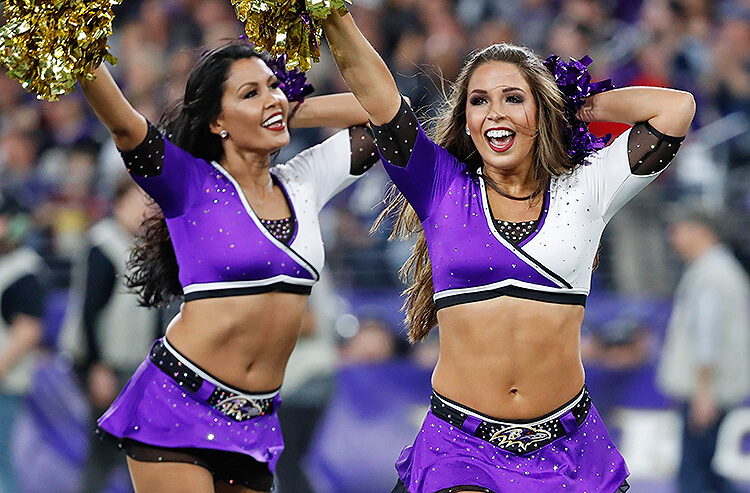