Air Force is going to stick to the script in Rivalry Week, which means lots of running and likely not much return fire from San Diego State. See why this should play out like a Service Academy Under in our Triple Option picks for Week 13.

It’s one of the greatest weekends of college football. That’s right, Rivalry Week is here. The Game, the Iron Bowl, Notre Dame-USC. This weekend is jam-packed with classic rivalry matchups.

But while all those big matchups are on the board, I’ve identified some value in some of the not-so-high-profile rivalries in this week’s Triple Option. Can an on-the-rise Arizona squad win the Duel in the Dessert? And there is now some added motivation for Clemson heading into its matchup with in-state rival South Carolina?

Here are my best college football picks and predictions for Week 13.

Here’s your Black Friday Special. The Wildcats are going to dominate the Duel in the Desert this season.

Even though the Wildcats have just one more win than the Sun Devils this season, these Pac-12 rivals are just on completely different levels.

Arizona State was rejuvenated slightly after the dismissal of Herm Edwards. But that feeling has faded as the team knows big changes are coming in the offseason. The Sun Devils enter this game having lost four of their last five, going 1-4 against the spread in those games. The win came against hapless Colorado, and frankly, the team hasn’t looked competitive for much of the season.

Meanwhile, despite a 4-7 record, Arizona looks like it is on the right path under head coach Jedd Fisch. Arizona has lost five of its last six but is a respectable 3-3 ATS against what was basically the toughest schedule the Pac-12 could throw at them, with consecutive games against Oregon, Washington, USC, Utah, UCLA, and Washington State.

The Wildcats are led by an ariel attack that ranks fifth in the country in passing yards per game. Most of those yards have come off the arm of quarterback Jayden de Laura.

de Laura has thrown for 3,485 yards with 25 touchdowns and 12 interceptions and now gets to go against an Arizona State defense that ranks 85th in the country in opponent passing yards per game and 105th in yards per play. If he can limit the turnovers, the Wildcats shouldn’t have a problem scoring in this one.

Neither team can qualify for bowl season so this is their de facto bowl game. Arizona is the more talented team and is building toward something, playing at home, and dying to get its first win in this rivalry since 2016. I’ll lay with the Wildcats at the short number.

South Carolina is in for the mother of all letdowns after last week’s frankly shocking upset of Tennessee. But not only did the win put the Gamecocks in a letdown spot, but it also created an opportunity for rival Clemson in this weekend’s matchup.

While the Tigers still need some help, the Tennessee loss opened the door back to the College Football Playoff.

All of the sudden a one-loss ACC Champion could make a very strong case to get back in the Playoff, and a dominating win over the team that was recently ranked No. 5 would strengthen that case even further.

Yes, South Carolina finally saw the Spencer Rattler it had been hoping to see all season, but those performances have been fleeting during his collegiate career. And now he must go up against a strong Clemson defense.

The Tigers are known for their ferocious front seven. Clemson ranks 17th in the country in sack percentage and is going against a suspect South Carolina offensive line and one that ranks 84th in sack rate allowed.

Additionally, a Clemson secondary that was banged up and struggled early in the season, is now healthy and has settled down. The Tigers haven’t allowed more than 254 yards passing since the schedule hit October. And before his outburst against Tennessee, Rattler was throwing for fewer than 200 yards per game and had more interceptions (nine) than touchdowns (eight).

Clemson’s defense will frustrate Rattler and force him into a few turnovers. While DJ Uiagalelei and the Tigers' running game will do enough on offense to pull away from the Gamecocks in the fourth quarter.

In a game with suddenly much more meaning, the much better team will cover the two-touchdown spread in Death Valley.

This isn’t a Service Academy Under game. But it’s going to feel like one.

Air Force enters this game at 8-3 but could still be considered a bit of a disappointment this season. Yes, the Falcons have captured the Commander-in-Chief’s trophy, but they had higher aspirations this season and will miss out on the Mountain West title game.

Air Force obviously relies on the running game for most of its offense, and it puts up big numbers. But overall, the offense has been inconsistent. Since a loss to Wyoming back on Sept. 16, Air Force has scored 24 or fewer points five times in their last nine games.

Despite that, don’t expect any changes to the Falcons' triple option. No team runs the ball more in college football than Air Force, handing the ball off in nearly 88% of its plays. But San Diego State isn’t too far behind as the Aztecs rank 17th in run-play percentage. That means the clock should be constantly running in this Mountain West matchup.

Speaking of the SDSU offense: it ain’t great. The Aztecs rank 98th in the country in yards per play when facing FBS opponents and 101st in scoring offense.

On top of that, it could be tough sledding for both teams when it comes to moving the ball on the ground. Both Air Force and San Diego State have held opponents to less than four yards per carry, ranking 27th and 45th in the category respectively.

This game could easily play to a total in the 30s. I’m on the Under all the way.

The Game. What more needs to be said? For the last few seasons, it has been the de facto Big Ten Championship game. And this year will be no different. Michigan is the underdog once again, but maybe that’s not a bad thing. The underdog is 6-2 ATS in the last eight editions of The Game.

The Big Ten has an offense problem. There are three conference matchups this week with a total lower than 40. The lowest belongs to the Minnesota-Wisconsin matchup. Last week, the Golden Gophers saw a total of 31.5 vs. Iowa in a game that ended up with just 23 points. So staying below 34.5 shouldn’t be a problem, right?

Want to know why there will be another coaching change for Auburn this year? This will be the fourth time in five seasons War Eagle has been an underdog of 20 points or more in the Iron Bowl. Will interim coach Cadillac Williams give the Tigers a boost this season? I’m not so sure. 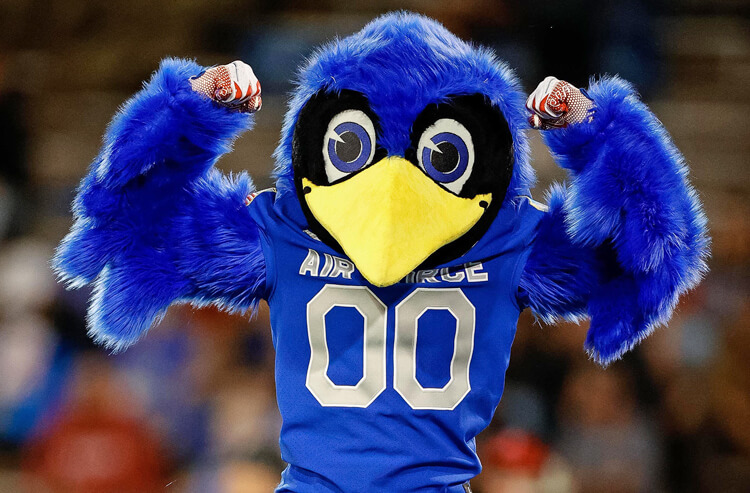