All eyes will be on Stanford running back Bryce Love as he continues his march toward the Heisman Trophy as he leads Stanford into Washington State for a date with the Cougars.

Surveying the weekly NCAAF schedule can be a daunting task for even seasoned bettors. So each week, Monty Andrews breaks down some of the underlying betting mismatches on the college football slate, giving you an inside edge when handicapping the schedule.

Stanford's stout run game vs. WSU's struggles on the ground

All eyes will be on Stanford running back Bryce Love as he continues his march toward the Heisman Trophy as he leads Stanford into Washington State for a date with the Cougars. WSU comes into this one as a slight favorite, but it's the Cardinal who own a significant mismatch when it comes to the teams' respective running games - and if the Cougars can't figure out a way to slow Love down, they could be looking at their third defeat in the past four games.

Love has been a one-man wrecking crew for the Cardinal, racking up an absurd 1,387 rushing yards on just 135 carries - good for a 10.3 YPC average that ranks well ahead of the next-closest running back, Notre Dame's Josh Adams (8.9). Love sat out last weekend's 15-14 victory over Oregon State after tweaking an ankle injury but is expected to return this week. His exploits have Stanford ranked 20th in the nation in rushing yards per game (236.5) despite sitting outside the top 100 in rushes per game (32.9).

Washington State is at the other end of the rushing spectrum. Only Western Kentucky produces fewer rushing yards per game than the Cougars (84.1), who average 3.2 YPC and have a paltry seven touchdowns on the ground so far. In fact, Washington State has generated 1,135 fewer rushing yards than Stanford on only 26 fewer carries. Slowing Love down is the primary task Saturday, but if the Cougars can't do a little more damage on the ground themselves, they could struggle to cover.

Clemson remains in the national title picture after bouncing back from a stunning loss to Syracuse with a 24-10 triumph over Georgia Tech last weekend. But this week's test against the Wolfpack will go a long way in determining whether the Tigers will be playing in the College Football Playoff, or settling for a lesser bowl berth. On the plus side, Clemson's red zone defense should give the team a pivotal edge against an NC State team that has struggled mightily to take advantage of prime field position.

There are two facets to Clemson's elite red-zone defense: The Tigers haven't let teams get inside their 20-yard line often, and when opponents do get that far downfield, they don't capitalize often. Clemson has allowed just 17 opponent red-zone visits through the first eight games, and teams have scored just seven touchdowns (two rushing, five receiving) on those trips. The Tigers have allowed points on just 76.5 percent of opponent red-zone opportunities, good for 35th in the nation.

The Wolfpack have done plenty of things well so far this season, but converting red-zone visits into points isn't one of them. NC State has scored on just 26 of its 35 visits inside the opposition 20, a 74.3-percent success rate that ranks outside the top 100 nationally. It's the second-worst rate in Division I among teams with 35 or more trips inside the opponent red zone, and doesn't bode well against a Clemson defense that has been one of the best in the country at keeping foes off the scoreboard.

The Longhorns wrap up a gruelling stretch of games against elite Big 12 opponents with a Saturday showdown against the TCU Horned Frogs. Texas lost consecutive games to Oklahoma and Oklahoma State before routing Baylor last weekend. TCU saw its national title hopes dashed with a stunning loss to Iowa State over the weekend, but is in position to bounce back nicely - particularly with such a sizeable advantage in the placekicking game.

The Longhorns' top-40 offense would be even more prolific were it not for some significant kicking struggles. Joshua Rowland has connected on all 31 of his extra-point attempts but is a disastrous 7-for-13 in field-goal kicking so far this season - ahead of only eight qualified Division I kickers. Rowland has misfired on four-of-five attempts from 40-49 yards, and is just 1-for-3 on field-goal kicks between 20 and 29 yards; one of those misses came in the win over the Bears.

The Horned Frogs haven't had to do a lot of field-goal kicking - they've scored 40 touchdowns, after all - but when they do line up for three points, they don't miss. Second-year TCU kicker Jonathan Song is a perfect 7-for-7 in attempts, atoning for the fact that he has missed a pair of extra-point kicks. Song has attempted a field goal in just four of eight games this season, but with this one expected to be a competitive affair, don't be surprised to see TCU exploit its kicking edge against Texas.

A spot in the ACC championship game will likely be decided Saturday as the Hokies visit the unbeaten Hurricanes. Miami will lock up the Coastal Division title with a victory, while a Virginia Tech win would all but secure the division for the Hokies. It's a stiff test for both teams, and one that could come down to which team performs better on third down. And if that's the case, the visitors have a decided advantage - one it could very well ride to victory on Saturday.

When opposing teams get to third down against Virginia Tech, they're punting the ball away an overwhelming majority of the time. The Hokies allow first downs or points on just 24 points of opponent third-down opportunities, the third-best rate in Division I. The Hokies held Duke to a 4-of-15 conversion rate in last weekend's 24-3 rout of the Blue Devils, and limited North Carolina to 3-of-17 in a 59-3 evisceration of the Tar Heels the game before that.

The Hurricanes are one of the more well-balanced teams in college football - but if there's a weakness to be found and exploited, it's Miami's struggles on third down. The team has converted just 27 of 88 opportunities through seven games, good for a 30.7-percent success rate that ranks 118th in the nation. With the Hokies possessing one of the stingiest third-down defenses in football, Miami will need to be a lot better at avoiding punts in order to remain undefeated through this weekend. 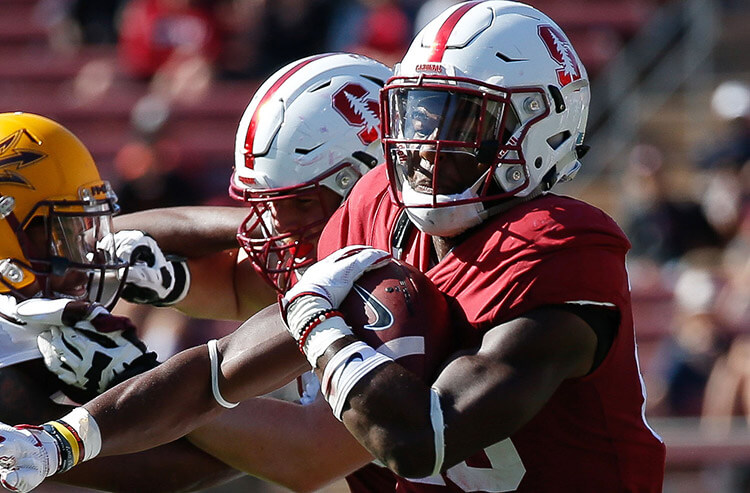