PointsBet officially launched in Louisiana on Thursday, marking the 13th North American market for the Australian-based operator — but the company has its eyes on even more expansion by the end of 2022.

PointsBet entered its 12th U.S. market on Thursday, with the announcement that it now offers online sports betting in Louisiana.

PointsBet US CEO Johnny Aitken said the legal sports betting operator, which is based in Australia, is excited to launch in a state that it already had a unique connection with.

"The sports community of Louisiana, one that our very own brand ambassador Drew Brees is very familiar with, is unmatched with their devotion and passion for their local teams, the New Orleans Saints of the NFL, New Orleans Pelicans of the NBA and nationally recognized college football programs," Aitken said. "We look forward to delivering Louisiana sports fans, from Bourbon Street to the Bayou, our fast, premium sports betting products."

Great news, NOLA! ????????As of today, we are now officially live in the state of Louisiana!

The Louisiana launch is in partnership with PENN Entertain, the fourth such arraignment between the two entities, in which PENN 6.27% of the voting equity.

PointsBet officials also said the goal is to be operational in seven other U.S, locations by the end of the year. They currently operate in New Jersey, Iowa, Indiana, Illinois, Colorado, Michigan, West Virginia, Virginia, New York, Pennsylvania, and Kansas.

While PointsBet is committed to expanding in the US, it may have come at the expense of a high-profile partnership, as last week it withdrew its partnership with NBC and Sunday Night Football.

The company is pivoting from national advertising as it wants to focus on more local/regional marketing, but the move comes with consequences: by basically divorcing itself from the NFL, PointsBet is now not allowed to advertise during football games or any NFL show.

BetMGM took over as the new betting sponsor.

PointsBet did announce three weeks ago that it is partnering with Front Office Sports to start a betting newsletter in an attempt to bolster its U.S. presence and attract new customers. The newsletter is planned to be sent Sunday, Monday, and Thursday to its approximately one million email subscribers.

Currently there are 17 retail sportsbooks in the state, operated by DraftKings, Caesars, FanDuel, Betfred, and Barstool. Those companies also have an online app for mobile betting, while BetRivers, BetMGM, and Wynn are currently mobile only.

The Louisiana Gaming Control Board released its August numbers two weeks ago, reporting that sportsbooks handled roughly $128.2 million in wagers for the month — an increase of 8.4% from July. 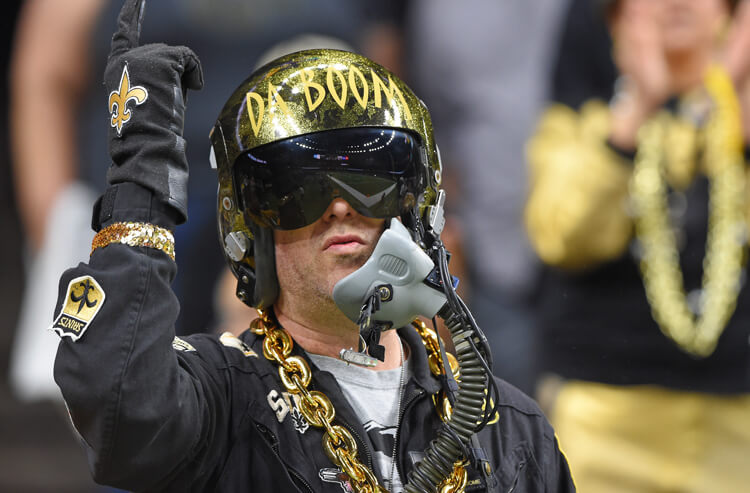