The Ohio Senate’s select committee on gaming also adopted an “omnibus” amendment on Tuesday to S.B. 176, which would legalize and regulate sports betting in the state.

The Ohio Senate has passed a bill that would legalize sports betting in the Buckeye State, but only if it can now pass the House of Representatives and make it to the desk of Gov. Mike DeWine.

A freshly-amended version of Senate Bill 176 was approved by the Republican-controlled chamber on Wednesday by a vote of 30-2 in favor, as well as one abstention. It now moves to the state's House of Representatives, which is likewise controlled by the GOP.

"In a very, very divisive time in our society ... sports is one of the few things that unite us," said Sen. Niraj Antani, one of S.B. 176's sponsors, during a meeting of the Senate on Wednesday. "And so if this bill brings a little bit more excitement to Ohioans watching a soccer game, or a little bit more joy to fans watching a hockey game, then I think it's worth it."

The latest progress for the sports-betting bill follows the Ohio Senate’s select committee on gaming adopting an “omnibus” amendment on Tuesday to S.B. 176.

S.B. 176’s latest version increases the potential number of licenses the state would grant for both online (Type A) and brick-and-mortar sportsbooks (Type B). Rather than just 20 licenses apiece for each class, as had been initially proposed, there would now be up to 25 licenses for mobile betting and 33 licenses for in-person wagering.

The omnibus amendment added a Type C and a “host” permit as well.

A Type C license would allow the holder to offer wagering at self-service kiosks in establishments with a D-class liquor license. There would be no fewer than three Type C licensees, and no more than 20.

“These are the vendors,” said Sen. Kirk Schuring, the gaming committee’s chair, during a meeting on Tuesday.

The other new permit proposed is a “host” license, which is connected to the Type C licenses. There would be an unlimited number of those “type C sports gaming host” licenses, and they would allow the owner of an establishment with a D-class liquor permit to use a Type C licensee for up to two wagering terminals at that location.

The two new sports-betting licenses, Type C and host, would essentially take the place of a previous provision in S.B. 176 that would have required the state lottery commission to run a sports-betting pool that could be offered by retailers.

Bets that could be made at the Type C wagering terminals would be restricted to those on the point spread, moneyline, and total points of a game. There would be a $200 daily bet limit for patrons as well.

The progress made on Ohio's latest attempt to legalize sports betting still leaves it lagging other parts of the United States following the landmark 2018 Supreme Court decision that set the stage for wider-spread wagering.

Ohio’s potential start date for legal sports betting has now been tweaked, too. Instead of the betting being allowed to begin Jan. 1, 2022,  the latest amendment to S.B. 176 says the Ohio Casino Control Commission would start accepting applications for wagering licenses on that date, and then start issuing permits on April 1, 2022.

Schuring said during Tuesday’s meeting that the change reflected a desire for an “equal start time” by the interested parties who had spoken to the lawmakers.

“If we get this thing passed on June 30, which is our goal, or before June 30, it will take effect right around October 1,” Schuring said. “Obviously, you're not gonna be able to hit the ground running. There's rules that have to be promulgated. Applications, they have to be designed and disseminated.”

The latest amendment tweaked the Type A and Type B licenses further, granting Ohio's professional sports organizations the preferential treatment they'd been seeking in issuing those permits, and allowing them to contract with an operator to run their books. However, if a team were to leave Ohio, their license would be pulled automatically.

Ohio sports teams are already beginning to branch out into the betting world. It was announced on Tuesday that the Cincinnati Reds and WynnBET had formed a new partnership, which (for now, at least) is aimed at fans in Indiana.

Restrictions are now included for where the physical sportsbooks could be allowed in Ohio as well.

The proposed fees for Type B licenses were also lowered, to $100,000 for an initial three-year permit from $1 million.

Economic development remains a part of S.B. 176. In particular, the owner of a physical sportsbook would have to show they are conducting "significant" economic activity in the county where the facility would be located.

Moreover, the Ohio Casino Control Commission will consider the amount of taxable income the applicant pays to employees in the state in deciding to issue a license. For a Type A license, the regulator would have to weigh whether that annual income has been or will be at least $10 million.

Also removed from S.B. 176 is a provision that allowed a person to simultaneously obtain a Type A and Type B license in order to meet a requirement for an online-wagering licensee to have a physical presence in the state.

“You have to apply for an A or a B, and you're not going to get one if you qualify for the other,” Schuring said.

Another new feature to S.B. 176 is a tweak of another recent tweak. Earlier in June, the senators on the gaming committee had altered the bill so that betting on events with athletes under the age of 18 would be banned; that’s now been watered down to allow such wagers if gaming officials give the OK.

In addition, the omnibus amendment to S.B. 176 would create a new select committee on sports gaming and problem gambling that would conduct a study and submit a report by Jan. 1, 2022.

“I plan to chair that,” Schuring said. “And we're going to give it it's just due diligence.” 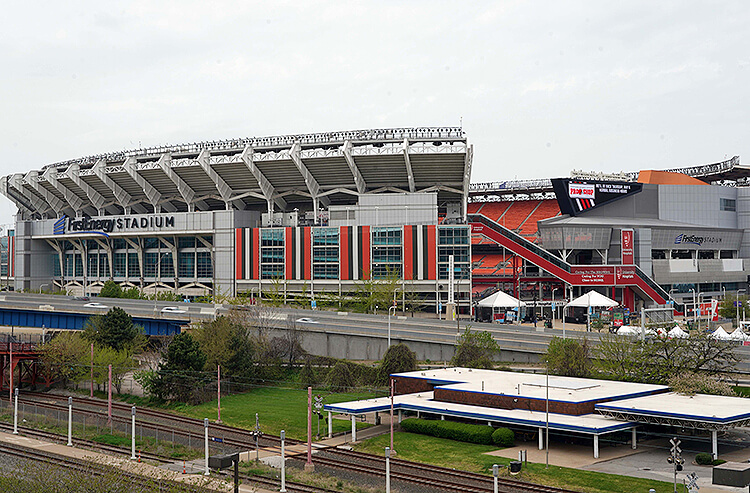