October was the second biggest month ever for Nevada sports betting

With football season in full swing come October, NFL and college football action brought in $397.8 million in bets which panned out into a near $23.6 million win for books.

According to the Nevada State Gaming Control Board, that handle ranked as the second-highest total wagered in state history, behind the $535 million bet in November of 2014 when Silver State sportsbooks won $32.4 million on a hold of 6.05 percent. Nevada books celebrated a win of $35.6 million from $457.4 million in total wagers in September 2015.

With football season in full swing come October, NFL and college football action brought in $397.8 million in bets which panned out into a near $23.6 million win for bookmakers, with a hold of 5.92 percent. That trumped last October’s football numbers, when Nevada books won just $16.98 million on $379.9 million bet with a hold of 4.47 percent. So far, in two month, Silver State sportsbooks have won $54.8 million on a total of $711.8 million bet on football.

October also marked the end of the baseball season, with sportsbooks winning almost $2.5 million from a hold of 4.17 percent on a handle of $59.4 million wagered. That makes the MLB season total for Nevada books $41.9 million won from April to October.

The start of the basketball season – NBA, college WNBA are not differentiated – brought in close to $16 million in bets, with books winning $1.6 million. The category of other sports, which includes hockey, tennis, golf, racing, boxing, soccer, MMA as well as any other outlining sports, earned Nevada books more than $5 million in October. 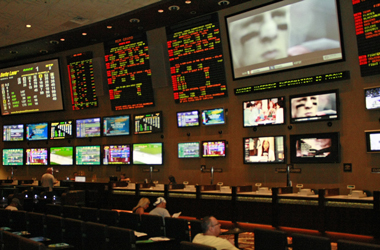