Online sports betting in New York is poised to be a who's who of some of the biggest names in the business.

No operator has announced a start date yet for online sports betting in New York, but the longstanding hope has been it begins in time for the Super Bowl. Rush Street Interactive noted in a press release on Tuesday that the statewide launch "is expected to occur during the first quarter of 2022."

There were also messages of celebration and thanks fired off by other winning bidders, who are now on track to legally access one of the biggest markets in the U.S.

“We’re pleased to share that BetMGM has been granted a license to operate mobile sports betting in New York, a state vital to ensuring nationwide leadership in sports betting and iGaming over time,” BetMGM CEO Adam Greenblatt said in a statement.

Budget-related legislation passed in April by New York lawmakers required the gaming commission to award licenses to at least two mobile sports betting platform providers that will host at least four online sportsbooks. The commission then released a request for applications in July that laid out the competitive bidding process for companies interested in a license.

Six applications were received, three of which were solo bids by bet365, FOX Bet, and theScore. The final group was led by Kambi too, but its partners for that application were the yet-to-launch sportsbook of online retailer Fanatics Inc. and Barstool Sportsbook-owner Penn National Gaming Inc.

It was always possible the gaming commission could award more licenses than the statutory minimum, so long as those extra permits were in the “best interests” of the state. In the end, regulators selected eight platform providers (FanDuel, Bally's, BetMGM, DraftKings, Kambi, Caesars, WynnBET, and PointsBet) and nine sportsbook operators (FanDuel, Bally's, BetMGM, DraftKings, Rush Street Interactive, Caesars, WynnBET, Resorts World, and PointsBet).

Although bet365's application was advanced as a "qualified" applicant, it ultimately did not make Monday’s cut with the two groups.

All platform licensees will have to pay a $25-million fee for their 10-year permit. The books will also be taxed 51 percent of their sports-betting revenue.

Even with the steep price of admission, New York is still the fourth-most populous state in the U.S., making it one of the crown jewels of the legal sports betting industry. And while New York has retail sports betting at upstate casinos, it lacks a legal option for online wagering, which has led to bettors taking their business to states such as New Jersey or Connecticut.

“Having the potential to secure market access to New York state – expected to be one of the largest and most important markets in the United States – represents another major milestone for our company, our brand, and our technology,” PointsBet USA CEO Johnny Aitken said in a statement.

'There's a lot of levers we can pull'

New York's 51 percent tax rate for online sports betting is higher than almost all other states, as the gaming commission's review was “based on factors designed to ensure maximized sustainable, long-term revenue," the RFA noted. But the high tax rate could mean that licensed operators will be stingy with their odds and promo offers, which could curb the enthusiasm bettors will have for New York’s legal sportsbooks.

DraftKings Inc. CEO Jason Robins said last week that if they were awarded a license in New York, they think they could achieve long-term profit margins similar to those of other states.

“There's a lot of levers we can pull, such as cutting back on rate of promotion and spending less on external marketing,” Robins said. “Those are things I would expect everyone in the industry would do, because I don't think anyone's going to want to run at a long-term unprofitable rate in any state.” 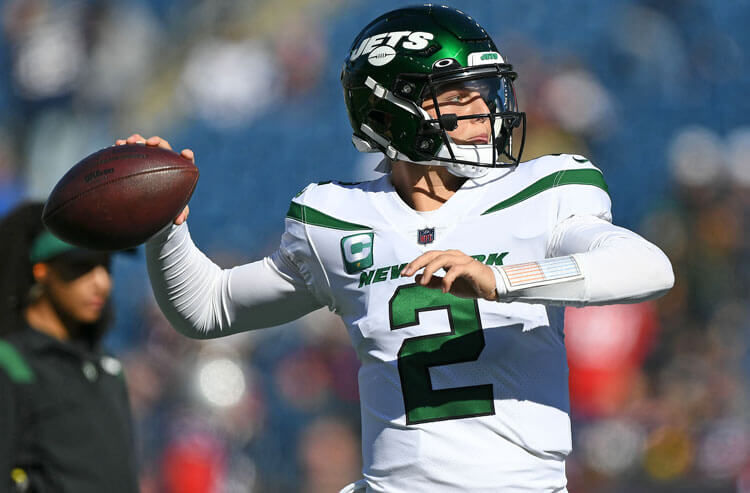