Maryland Sports Betting May Not Start Until Early 2022, Regulator Warns

"At this point, we are hoping to make the NFL playoffs in January and the Super Bowl in February."

A delayed approval process means that legal sports betting may not start in Maryland until early next year, according to a state regulator.

All five casinos were already deemed qualified to conduct in-person sports betting by the Maryland Lottery and Gaming Control Commission (MLGCC) in October. However, the casinos need the SWARC to award them licenses and then for the control commission to issue the permits before they can start taking sports wagers.

The MLGCC is responsible for oversight of casinos and sports betting in the state. And on Thursday, the regulator continued its work by approving operating partners for retail sports betting at those five casinos.

Yet the SWARC's latest delay disappointed the gaming control commission. It likely disappointed Gov. Larry Hogan too, as he has been pushing recently for the SWARC to start awarding licenses.

Now, both retail and online sports betting in Maryland look like they won't begin until 2022.

“We’re obviously disappointed by the lack of progress in yesterday’s SWARC meeting, but we’re pleased that we’ve moved forward in other areas,” Maryland Lottery and Gaming Director John Martin said in a press release on Thursday. “The delay is likely to push sports wagering back until after the New Year. At this point, we are hoping to make the NFL playoffs in January and the Super Bowl in February.”

The gaming control commission has now given approvals for the following casinos and retail sportsbook operators in Maryland:

The licenses approved for the five retail sportsbook operators on Thursday don't require approval by the SWARC.

"No action was taken on the five licenses during a SWARC meeting held Nov. 3, however, the MLGCC’s approval of each casino’s operator partner is an important, but separate, procedural step in the development of the state’s sports wagering program," the gaming control commission noted.

But there is a four-step process for legal sports betting in the state, and there are still two steps left to go for the casinos before they can open sportsbooks to the public. First, the SWARC must award sports-betting licenses, and then the gaming control commission must issue them following a final review, which would then allow businesses to start taking in-person bets.

The SWARC adjourned on Wednesday after awarding no licenses and after a motion to seek more ownership information for applicants wanting to open retail sportsbooks. The SWARC will meet again on November 18, at which time it could consider awarding licenses; the gaming control commission is scheduled to meet the same day.

“We’re making progress on as much of this as we can now, but we’ll still need time to work through a number of procedures with each facility, even after the licenses are awarded — it could take up to 30-45 days,” Martin said in the release. “If the SWARC awards the licenses on Nov. 18 and all goes well, that would mean a launch date somewhere around the first of the year.”

Bettors will have to be 21 or older to wager on professional and college sports in Maryland when sportsbooks do open.

Nevertheless, all of the work so far by Maryland regulators has been aimed at advancing applications for conducting in-person sports betting. There have been no approvals yet for any online sportsbooks.

“In the meantime, there are numerous steps that don’t involve the SWARC, and we are working closely with each facility to complete those tasks,” Martin said Thursday. “We’re also continuing investigations of additional facility applicants so we can forward more of them to the SWARC. We are forging ahead in spite of the delays.”

The state's legal sports betting model allows for up to 60 online sportsbook licenses to be issued, as well as 47 licenses for retail books.

There are in-person sports betting licenses earmarked in legislation for 17 specific locations, including the home venues of the Baltimore Ravens, Orioles, and the Washington Football Team. Also included are six casinos, five off-track betting facilities, and two horse-racing tracks, including the host site of the Preakness, Pimlico Race Course in Baltimore.

Maryland regulators are dealing first with those 17 named facilities, which would have to obtain another license if they want to conduct online sports betting.

The five sportsbook partners approved by the gaming control commission on Thursday are still being scrutinized as well.

"Maryland Lottery and Gaming staff determined that all five companies are qualified because they each have sports wagering licenses from at least three other states with standards that are similar to those in Maryland," Thursday's press release noted. "Maryland Lottery and Gaming’s full licensing investigations of these five companies are ongoing, and any licenses that are issued may be revoked." 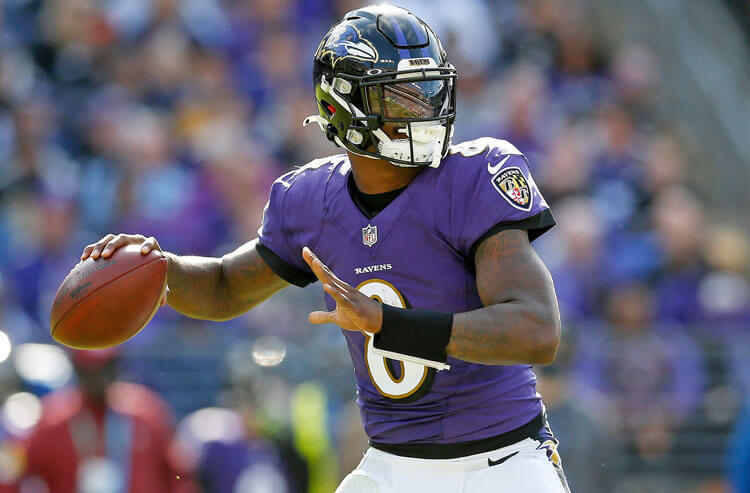 Maryland Sports Betting May Not Start Until Early 2022, Regulator Warns
Provided by