A bill focusing on single-game betting in Canada passed through a House vote and will now go to the Justice Committee for review before the Senate makes a final decision.

Canadian sports betting inched closer to a new era when the House of Commons passed Bill C-218 - the Safe and Regulated Sports Betting Act – on February 17, which would allow for legal single-game wagering in Canada.

If approved by the Senate, the bill will amend the criminal code for single-game sports betting, which is currently prohibited. As it stands, provincial lotteries offer the only regulated form of sports betting in the country, under a parlay-only format.

“We are thrilled to see such overwhelming all-party support for Bill C-218”, Paul Burns, President and CEO of the Canadian Gaming Association, tells Covers. “Our congratulations go to Kevin Waugh for his tireless efforts to get his bill to the Standing Committee on Justice and Human Rights for further study.”

Bill C-218, which was introduced on November 25 as a private members bill and sponsored by conservative Kevin Waugh, was sparked by the changing climate around legalized sports betting in the United States, as well as the estimated $15 billion a year bet through online sportsbooks or illegal channels.

Vote result: Bill #C218 was adopted at 2nd reading and referred to the #JUST committee. #cdnpoli

However, Bill C-218 is not alone. On February 19, the House held a second reading and debate on Bill C-13 which is a federal government bill also pushing for the approval of single-game wagering.

"We look forward to the government’s own bill, C-13 following Bill C-218 to committee on Friday and build on the momentum so we can complete the legislative process this spring," Burns says following the vote on C-218.

Legal single-game wagering would bolster the product offered by provincial lotteries and land-based casinos, as well as possibly opening up the industry to independent operators, creating a dynamic and competitive market that matches many of those found in American states with recently adopted sports betting laws.

The U.S. repealed PASPA (Professional and Amateur Sports Protection Act of 1992) in May 2018, which opened the state-by-state rollout of legal sports betting. There are currently 20 states with regulated sports betting and half a dozen more with bills in motion.

Scott Eagles, the sports betting manager for the Atlantic Lottery Corporation's Pro-Line product, told Covers the approval of single-game wagering removes a large competitive barrier for lottery-run sports betting, which will roll out province by province much like legalized sports gaming it did in the United States.

"The passing of this bill will fit nicely into Pro-Line's strategic direction of being seen as a serious competitor in the sports betting space," Eagles says  "We’ve already seen tremendous results from our recent product changes and brand re-imaging campaign and we expect that our share of market will continue to grow with the introduction of singles."

As to what the future Canadian sports gambling market will look will look like, there's still a lot to unpack once single-game wagering is approved, especially when it come to just who is allowed to take bets. Online operators and illegal bookies hold a good share of the sports betting market in Canada and lottery-run betting also consumes a large group of customers, with 100 percent of profits being returned to the provinces.

"What the market will look like with the possible introduction of private operators, however, is not an easy picture to paint and will vary from province to province," says Eagles. "There are so many variables from developing regulatory frameworks, negotiating mutually-beneficial licensing and taxation models, and whether any steps will be taken to discourage wagering with unlicensed operators."

"I can’t tell you the path that each province will choose for itself, but I’m confident due diligence will be used as each region analyzes the best model for both the province and their sports betting consumers."

Due diligence is now the name of the game for C-218 and possibly C-13, as those bills jump through the final hoops of approval. And while Bill C-218 did receive overwhelming support in the House of Commons (303-15), it’s far from a sure thing.

Canadian sports bettors can’t help but remember Bill C-290, which also quickly passed the House in 2012 but died on the table as the Senate refused to vote on its approval – facing opposition and anti-gambling pressure from professional sports leagues like the NHL and MLB.

But 2012 was a long time ago in the sports betting world, and almost all professional leagues have strong ties and sponsorship deals with sports betting operators. Wednesday’s vote saw very little opposition, showcasing the changing attitude and dwindling stigmas around sports betting.

According to the American Gaming Association, $1.5 billion in revenue alone was generated by legal sports betting in the U.S. in 2020. In contrast, only $500 million total is legally bet on sports in Canada, according to the Canadian Gaming Association. Those numbers will surely rise if and when single-game wagering is rubber stamped by the Senate in the coming months. 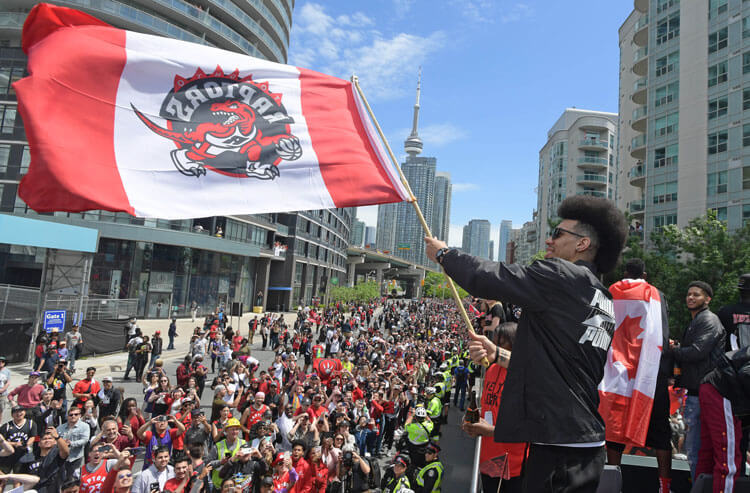