While others may have carded better Friday rounds, none played better than Justin Thomas in the adverse morning conditions. With the leaders now on an even playing field for the weekend, JT's game and major championship experience could rise to the top.

In the five previous editions of the PGA Championship hosted by Southern Hills, the leader or co-leader after two rounds went on to win the major championship. Will Zalatoris holds the 36-hole at 9-under, but could that trend be bucked?

While Zalatoris has never won a major, Justin Thomas, who is three strokes back, has. So has Bubba Watson, who is four shots behind. Mito Pereira is a stroke behind Zalatoris, but is also a non-major winner.

Can Thomas, who won the 2017 PGA Championship, get in a position to win again, or will Zalatoris hold off the nerves and increase his lead on “Moving Day?”

We look at Saturday’s third round and give you three best bets for the day.

Though he didn’t have the lowest score on Friday, Thomas definitely had the best round. The 29-year-old played in the morning on Friday and was greeted with howling winds at Southern Hills that subsided for those with afternoon tee times.

Thomas managed his second consecutive 3-under 67 and fought off the gusts to get to solo-third heading into Saturday. If Thomas can perform in those conditions, imagine what he'll do over the weekend.

After two rounds, Thomas is second in greens in regulation at 75% and third in total strokes gained at 5.72. He is also 11th in putting average at 1.66.

The only red flag in Thomas winning his second major championship is his performance in majors since his 2017 PGA Championship victory. Thomas has finished inside the Top 10 in five of nine majors since his victory but hasn’t threatened a second victory.

That could change on Sunday and getting +350 on Thomas now is the smart play. Those odds might be half that or worse after Saturday’s round.

It looks like another fade for the 15-time major championship winner to add to his trophy case. Woods is 3-over par after two rounds, 12 shots back of leader Zalatoris.

With Woods out of contention, looking for action on the 46-year-old is a challenge. BetMGM, however, has an attractive side bet for Saturday’s third round.

Woods has already made a Par-3 birdie in the tournament and could easily make another one on Saturday.

There are four Par-3 holes at Southern Hills and two of them make for good birdie opportunities. The 11th hole seems to be the easiest of the four, yielding 22 birdies thus far. Woods, though made his birdie on one of the tougher ranked holes, the 221-yard 16th in the first round.

Woods, who won the PGA Championship in 2007 the last time it was held at Southern Hills, should get another slew of chances on Saturday. Back him to convert at least once.

The PGA Championship has traditionally been the easiest of the four major championships — past winning scores reflect that.

In the last 10 PGA Championships, the score has been 13-under or better six times. In 2020, when Collin Morikawa won at TPC Harding Park, his winning score was -13.

Southern Hills isn’t a notoriously difficult course, and the PGA of America didn’t set it up to be a grind like the USGA does with the U.S. Open.

Zalatoris is four birdies away from reaching that mark and there are six other golfers that could easily get there over the weekend. Bubba Watson shot a 7-under 63 in the second round, Mito Pereira carded a 6-under 64 as well.

Thomas, who could be atop the leaderboard after Saturday’s round, has two rounds of 3-under 67. He's almost halfway there.

Someone will get to 13-under and it might not even be enough to win. 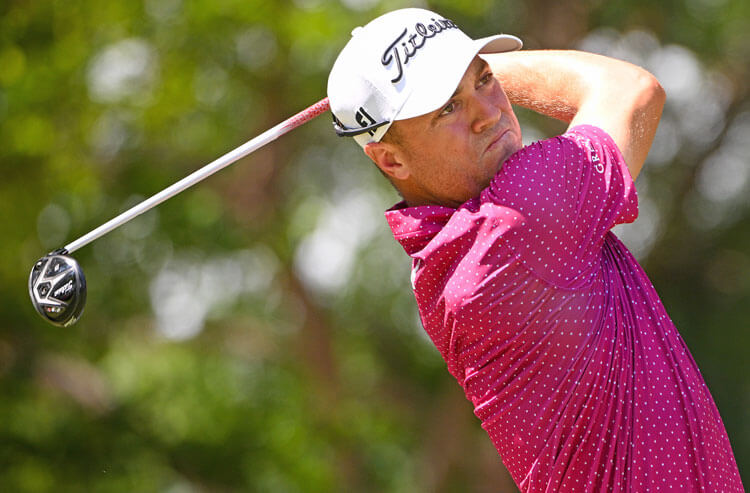