If you’re a big spender when you visit Las Vegas there probably isn’t much of a concern for comps, discounts, and freebies. It's likely that you're spending enough money to see all the perks Las Vegas has to offer.

However, the other 80-90% of visitors to Las Vegas will probably never see complimentary flights, limos, suites, show tickets, spa treatments, rounds of golf and dinners. This is part of the mystique that surrounds Las Vegas. Everyone wants some of that love so let’s look at how to get at least some of those sweet comps. This isn't about gaming the system - this is about maximizing the rewards system.

Sign Up For A Players Club Card And Use It

It sounds like common sense but the first step is often overlooked. Las Vegas is no longer a town operated by humans alone. Like sports, almost every decision is based on data. Analytics play a big role in how you're rewarded. The players club/loyalty club will track spending and reward accordingly. Even if the staff remembers your face, you’ll get more rewards by using the casino players club card.

Signing up for a casino players club will get you started on the road to receiving comps. If nothing else, you should immediately see discounts before spending a penny. The larger casino operators in Las Vegas; Caesars Entertainment, MGM Resorts, Las Vegas Sands (Venetian Palazzo), Wynn Resorts, Station Casinos, and even the independent Cosmopolitan will reward your spending in the casino AND elsewhere at their properties.

Las Vegas is more than just gambling today. The points earned from dinner may be seen in the same way as a point earned from gambling by the computers and bean counters. Don’t leave points on the table. It’s amazing how quickly a few great dinners can add up to tier points, reward points, and complimentary meals, hotel rooms, etc.

Your ADT (Average Daily Theoretical win, loss or spend) plays a major role in the rewards you receive. If you spend an average of $1,000 per day you might not want to use your players club card when you dump $20 into a slot machine on the way out of a casino in the morning.

On a three-day weekend trip that could turn a $1,000 average from one night into a $673 average for the weekend. That's a hefty difference. You probably don't want to use your card for a few points and reduce your ADT and thus reduce offers from the casino.

Remember that every dollar spent is tracked, so be aware of how much you're spending. This will allow you to maximize your rewards. This leads nicely into the next tip.

When I lived on the east coast, I focused my spending towards one casino operator and one specific casino. I spent most of my gambling money at Caesars Entertainment properties in Atlantic City. The majority of that spending was at Showboat (RIP). I loved Borgata but they didn’t offer rewards in Las Vegas and weren’t close to matching my Atlantic City Offers (note: Borgata just joined MGM Resorts’ M Life Rewards).

At the time, Caesars Entertainment operated four casinos in Atlantic City - Caesars, Bally’s, Harrah’s and Showboat. The Showboat was on one end of the boardwalk and was the least popular resort (Caesars has since sold the Showboat). The money I spent gambling at the Showboat went farther than the other Total Rewards properties. I couldn't get more than a complimentary room at Caesars, but I could get full RFB (complimentary room, food, board) and even an ocean view suite at Showboat when it was slow.

Focus your spending to get the best rewards. It should make sense that spending $1,000 at one casino will give you better rewards than $200 at five different casinos. Try to spend money or make sure your players club card is credited where you want to be rewarded.

Know What You Want And Where You Want It

I want the most rewards for my money and I look to see where I can get that and will show loyalty if it's shown to me. Sometimes getting the best rewards will take you to a casino you like but don't love. I want the best but I will usually have to settle for something a bit less.

For example, luxury casinos won’t reward $1,000 the same as a mid-range casino or as a budget casino. You might want complimentary everything from Bellagio but your budget may be more suited for Bally’s. It may take time, but figure out what you want and then you’ll learn what you can get and what it takes to get it.

Take Advantage Of Promotions And Partnerships

Caesars Entertainment’s Total Rewards is currently running a promotion where they will match tiers with a higher tier from another players club. This is a great way to gain higher status and greater benefits with Total Rewards. Keep an eye on your other players clubs These promotions pop up every now and again. This is a great way to explore other casinos.

Caesars Entertainment also just announced a partnership between Total Rewards and Wyndham Rewards. They’re offering reciprocating tier matching as well. This also allows Total Rewards members access to hotel room discounts and rewards all over the country at Wyndham hotels. Just about every casino players club has a similar partnership. This is a great way to acquire complimentary rooms.

Chasing comps and points is almost as bad as chasing sports bets after losses. Don’t do it. However, if you know that you’ll be visiting a casino while there’s a promotion, make sure to take advantage of the promotion.

Chasing comps will often end in a bad place. Remember, the comps are never equal to the money you’re spending. Enjoy promotions, rewards, complimentary items but stay within your planned budget. Don't spend more than you can just for a comp. Those complimentary drinks at the blackjack table can turn into $200 beers pretty quickly.

Playing the right game is knowing the right games to play so your money will earn you the most reward credits. This may not be the best bet in the house and it may not be the worst. Playing the passline in craps is a great bet but it’s rated poorly by players clubs. Meanwhile, slot machines will earn more credits but tend to be some of the worst bets in the casino. Find something in the middle and go for what works.

I look for the most conservative games that have the lowest volatility when I'm looking to maximize comps. This allows the money to last longer so I can play longer and generate more points. If I’m playing video poker, I’ll look for 9/6 Jacks or Better. This game has a low house edge of 0.46% but more importantly, it has a very low volatility. My money rises and falls slower than other games keeping the action going and the reward points growing. The wins won't come fast and big but I can grind awhile and earn some extra points.

We all love discounts and freebies so why not take them when they’re available? Comps aren't doled out as loosey-goosey as they were 10 years ago, so most visitors have to take a different approach. It takes a few minutes to set up a players club account that could lead to a better Las Vegas experience. Ultimately, aren’t we all just here for a good time? 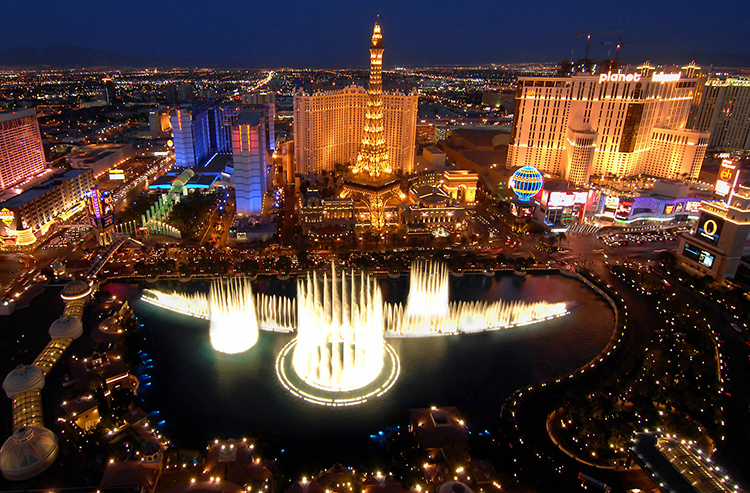 Get the best sports betting information delivered straight to your inbox for free.
By signing up for the Covers newsletter, you agree to receive electronic communications from Covers about our products and services, as well as other content that may be of interest to you
About Us
Contact Us
Careers
Our Team
Our Community