Brock Nelson scored a goal and had an assist Tuesday night for the visiting New York Islanders, who continued their surge with a 3-1 win over the Chicago Blackhawks.

Anders Lee poked home a shot by Nelson in the first period and Zach Parise added an empty-netter with 13.1 seconds left in the third for the Islanders, who have won four straight. New York goalie Ilya Sorokin made 21 saves.

Jonathan Toews scored in the third period for the Blackhawks, who have lost four straight (0-2-2). Backup goalie Arvid Soderblom recorded 28 saves in relief of Alex Stalock, who stopped two shots before exiting following a collision with Islanders right winger Casey Cizikas 2:56 into the first.

Stalock turned back a point-blank backhand shot by Cizikas, who crashed into Stalock's head before the goalie fell back and appeared to hit his neck on the right post as the net came off its moorings.

The goalie remained motionless on the ice before being helped to the locker room. Cizikas was initially assigned a five-minute major penalty for interference before eventually receiving a game misconduct and getting ejected.

The remainder of the first period was increasingly chippy. The Blackhawks were whistled for three penalties, including a goalie interference call on Andreas Athanasiou for interfering with Sorokin.

The Islanders took advantage of their third power play -- generated when Jason Dickinson was penalized for cross-checking Nelson -- to take the lead late in the period. Soderblom turned back a shot by Kyle Palmieri, but Chicago defenseman Jake McCabe slipped as he tried to clear the puck. Nelson's shot went beneath the prone goalie and the puck trickled toward the goal line before Lee poked it across.

An impressive individual effort by Nelson helped the Islanders double their lead early in the third. Ross Johnston sent a clearing pass down the ice following a lengthy battle in the New York zone, and Nelson outraced the Blackhawks' Taylor Raddysh to collect the puck. Nelson skated up the right side and fired a shot over Soderblom's glove at the 7:23 mark.

New York's Cal Clutterbuck was whistled for interference to create the power play that led to Toews' goal just beyond the midway point of the final period. Toews redirected Caleb Jones' shot, which fluttered past Sorokin as he was screened by Raddysh and New York defenseman Scott Mayfield with 9:41 left.

The Blackhawks recorded a pair of shots after pulling Soderblom with about two minutes left before Parise iced the victory. 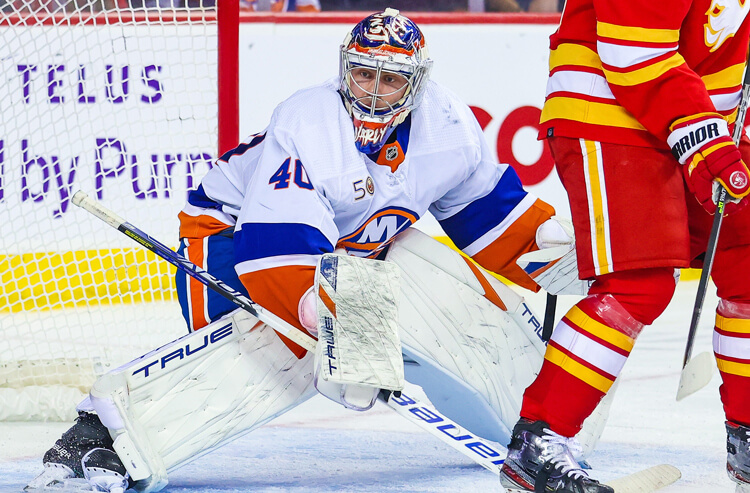 Golden Knights vs Islanders Odds, Picks, and Predictions Tonight: Islanders Play to the Under Again 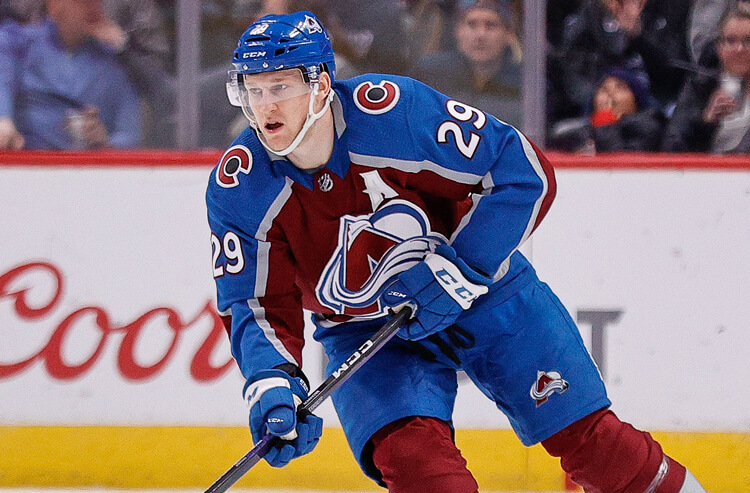 Blues vs Avalanche Odds, Picks, and Predictions Tonight: Colorado Takes Out Frustrations on St. Louis
About Us
Contact Us
Careers
Our Team
Brand
Testimonials