Capitals explode for season-high 9 goals in rout over Flyers


Lars Eller scored two goals for the Washington Capitals in a 9-2 blowout win against the visiting Philadelphia Flyers on Tuesday night.

Alex Ovechkin, Conor Sheary, Garnet Hathaway, Matt Irwin and Johan Larsson each had a goal and an assist, Justin Schultz had three assists, and Ilya Samsonov made 19 saves for the Capitals (41-22-10, 92 points), who have won four in a row.

It marked Washington's most goals in a regular-season game since netting 10 on March 3, 2008, against Boston.

James van Riemsdyk scored both Philadelphia goals, and Carter Hart stopped seven of 10 shots before he was replaced by Martin Jones because of a lower-body injury. Jones made 21 saves for the Flyers (23-39-11, 57 points), who have lost three of four.

Washington built a 3-1 lead after one period.

Ovechkin scored for the fourth straight game to give the Capitals a 1-0 lead at 6:01. Hart made a save on Ovechkin off the rush, but the Capitals' star backhanded the rebound from below the goal line off Hart and into the net for his 46th goal of the season and 776th of his NHL career.

Washington moved ahead 2-0 on a goal by T.J. Oshie at 11:24. John Carlson passed from the right point to a wide-open Oshie near the left post. He had time to stop the puck with his skate and scored into the open side of the net.

The Flyers made it 2-1 when van Riemsdyk scored on a breakaway while also drawing a hooking penalty at 12:00.

The Capitals re-established their two-goal lead when Martin Fehervary made a move around Flyers rookie defenseman Ronnie Attard and scored at 13:16 to make it 3-1.

The Capitals set a season high for goals when Hathaway scored at 12:42 to make it 8-1, before van Riemsdyk scored a power-play goal with 3:34 left to make it 8-2. 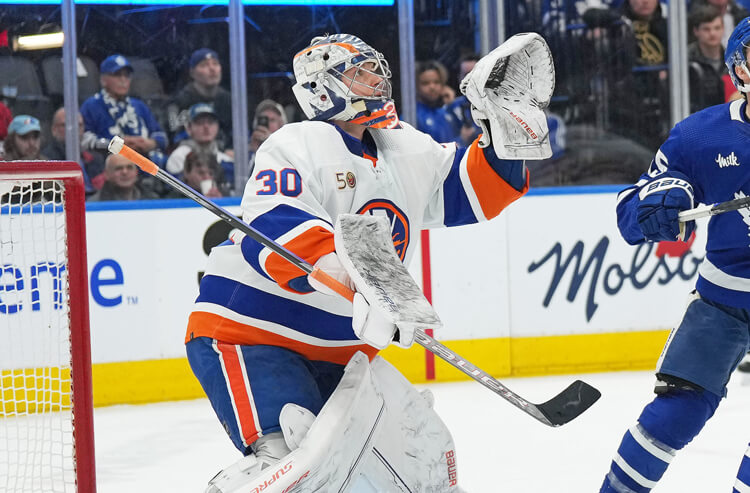 Penguins vs Capitals Odds, Picks, and Predictions Tonight: Nothing Will Come Easy

NHL Playoff Odds: Colorado Has Arrived
About Us
Contact Us
Careers
Our Team
Brand
Testimonials