Wettstein’s boot split the center of the uprights and came after UNLV failed to score on its third possession when Wells intercepted Rebels quarterback Nick Sherry for the second time.

UNLV’s Nolan Kohorst booted a 35-yard field goal with 2:46 left in regulation to tie the score at 13 and the two teams traded touchdowns in the first two extra sessions.

Tim Cornett, who rushed for 126 yards, scored on an 18-yard run during the first overtime possession for UNLV, but Minnesota answered with MarQueis Gray connecting on a 10-yard scoring pass to John Rabe.

The Golden Gophers had the ball first in the second overtime and Gray tossed a 25-yard scoring pass to Rabe on the first play. UNLV knotted the score when Sherry hit Devante Davis from 6 yards out on a fourth-down pass.

Only 10 total points were scored in the first 40-plus minutes and UNLV took a 10-7 lead late in the third quarter on Cornett’s 1-yard plunge.

Wettstein hit a tying 32-yard field goal with 8:55 left and kicked a 21-yarder with 5:40 remaining to put Minnesota ahead.

James Gillum dashed up the middle for a 16-yard touchdown run with 9:26 left in the second quarter as the Golden Gophers took a 7-3 halftime lead.

GAME NOTEBOOK: The loss dropped third-year coach Bobby Hauck’s record to 4-23 since he took over at UNLV. … The road victory was the first for Minnesota second-year coach Jerry Kill. … Sherry joins Jon Denton (1996) and Travis Dixon (2007) as the only UNLV freshman quarterbacks to start a season opener. Sherry was intercepted three times. … Minnesota players wore a GT51 decal on their uniforms in honor of LB Gary Tinsley, who died in April at age 22 because of an enlarged heart.
30 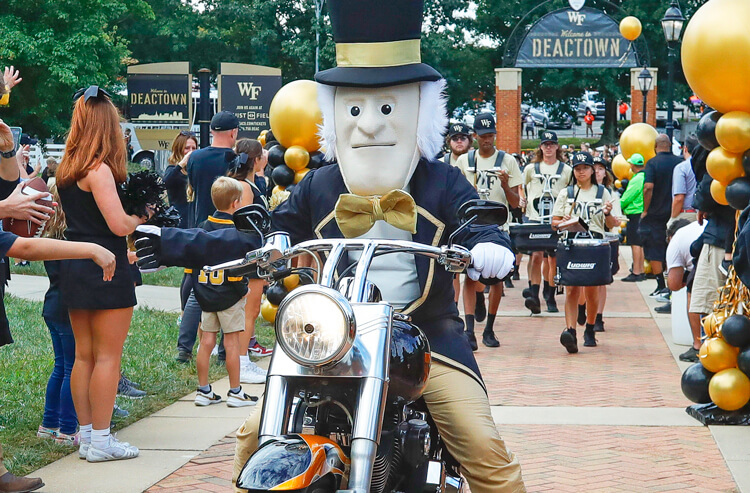 College Football Picks and Predictions Week 5: Demon Deacons Haunt the Books
About Us
Contact Us
Careers
Our Team
Brand
Testimonials