Hungary will play in their second consecutive tournament as huge underdogs at Euro 2020 after three decades away.

After more than three decades away from the European Championship stage, Hungary will play in their second consecutive tournament as huge underdogs at Euro 2020. Will the benefit of playing two matches at home be enough to spark a major upset?

Hungary was drawn into Group F along with Germany, Portugal, and France. They open with two games at home in Budapest before finishing the group stage in Munich.

Odds for Hungary to win

Hungary opened at +30,000 to win the tournament and have drifted to odds of +40,000. Bettors should not be misled. This odds movement is due to the difficulty of group, and not lack of talent for Hungary.

Here’s how Hungary’s odds to win the tournament have looked over the last eight months, as compared to the other tournament long shots.

The long odds paint a picture that better reflects the difficulty of the group more so than the lack of talent on this Hungary side. Since 2018, Hungary have lost just nine matches in total and enter the tournament on a run of form, seeing them lose just once in their last ten. Their strong play has led to a second promotion in a row, bumping them to the top tier of Nations League play in 2022.

Under manager Marco Rossi, Hungary play a 3-5-2 system anchored by Willi Orban in the center of the defense. The Leipzig defender is key to this team during group play, having to match up with the elite attacking talent of Portugal, France, and Germany. If he can play to the world-class level he displays for his club, then Hungary will be able to rely on their wing-backs to push the ball upfield.

Unfortunately, they will not be able to rely on the services of Dominik Szoboszlai in midfield. The attacking midfielder who plays for Leipzig was hurt early in June and will miss the European Championships. Ádám Szalai and Rolland Sallai go from space clearing front men to in the direct spotlight to produce and generate opportunities. Szalai will play up front as the striker, but 23 national team goals since 2009 leave a ton of question marks on how Turkey will find the back of the net without Szoboszlai - especially if group opponent firepower pins them back.

With Szoboszlai off the squad, all of the focus shifts to Sallai. Fans of European football may be less familiar with Sallai than his attacking counterpart Szalai, but club form has the youngster as the one to watch entering the European Championship. Sallai scored for the National Team in both of the March qualification matches for the World Cup. He also found the back of the net eight times in Bundesliga play this past season compared to just one goal scored by Szalai.

Hungary are better than their +25,000 price tag suggests. This is not the second-worst team in the tournament by any stretch. However, when put into a group with France, Germany, and defending champions Portugal, any team is going to be priced far worse than their talent. It is a bit unfortunate because Hungary are a dynamic side that are exciting to watch, but they are just too far out of their depth from a competition standpoint to get out of the group and progress further. 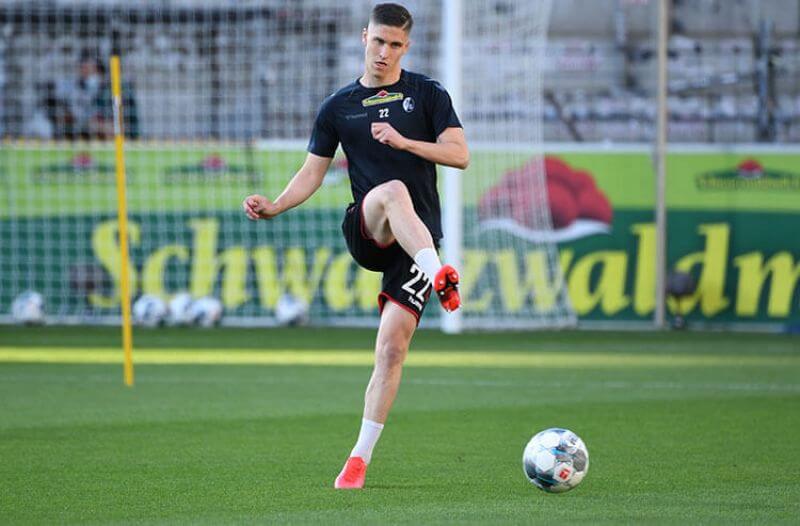