Oct 16, 2020 |
By: Covers Staff
What better way to spend the three summer months until college football season kicks off than handicapping college football teams and their regular season schedule?

The Golden Nugget's college football team win totals hit the board Thursday in Las Vegas and they should have bettors clamoring to lay down some cash.

Below you will find the over/under win totals for 24 teams and, as a special bonus, they also released some props for the Power Five conferences - and even a Grand Salami line on combined regular season wins by all Power Five schools. 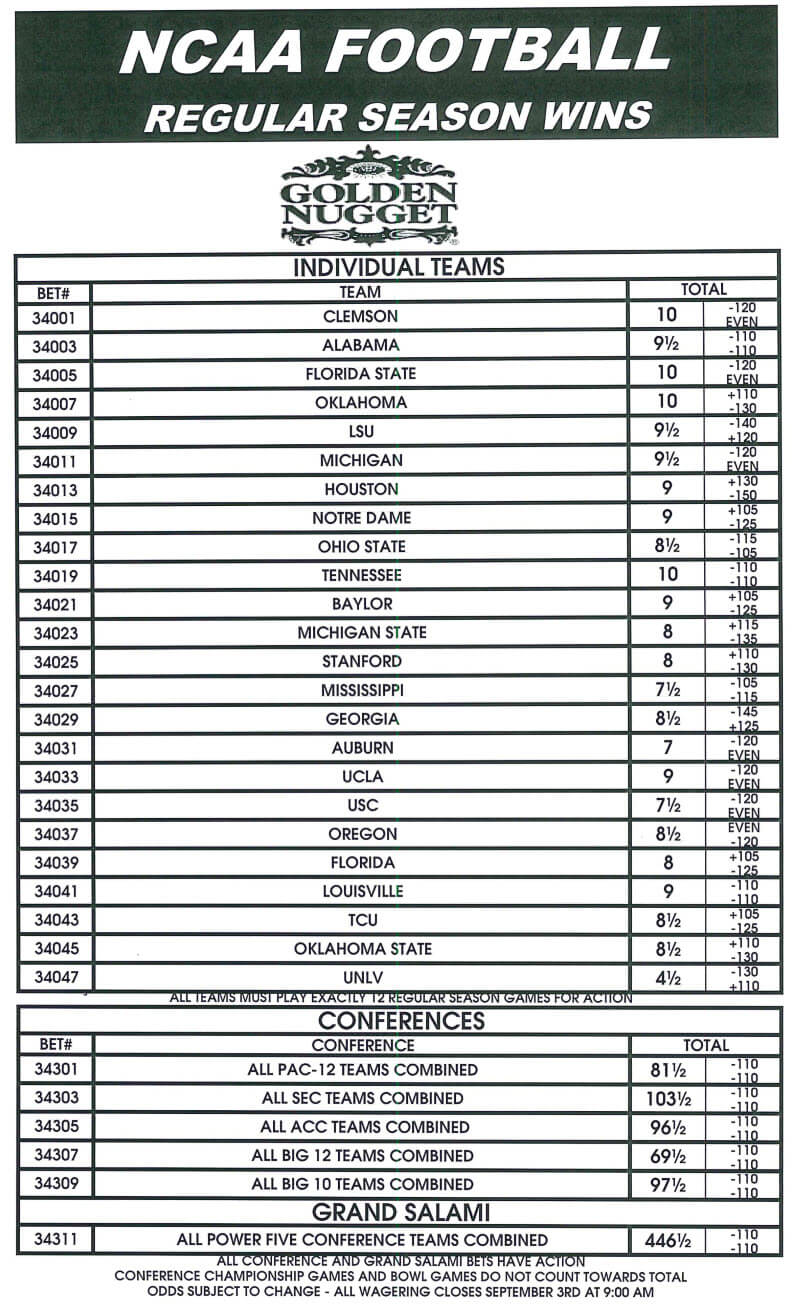 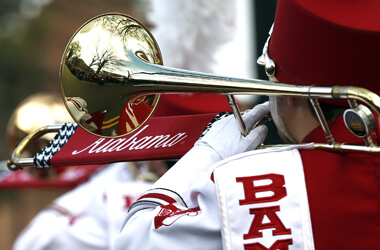