Sports-Betting Sponsorships a Concern for Head of MLB Players Association

Major League Baseball appears to be of two minds when it comes to its teams and players entering into potentially lucrative sponsorship deals with online sportsbooks.

"We’re entering a very delicate and, dare I say, dangerous world here," Clark said, according to the Associated Press. "We hope that it is truly beneficial for our game moving forward and that everyone who is involved benefits from it in one fashion or another. But when you have players suggest that no sooner was PASPA repealed (the 2018 Supreme Court decision that opened the door for U.S. states to legalize sports betting), that they started to have book houses following them on social media, that gets you a little twitchy pretty quick."

However, Clark's reservations haven’t stopped the players’ union from dabbling in the world of legal gambling. Indeed, the MLBPA director's comments came a week after the July 12 announcement of a new agreement between MLB Players Inc. (MLBPI), the business arm of the MLBPA, and MGM Resorts, the part-owner of online sportsbook BetMGM.

Under the terms of the historic, multi-year deal, MGM Resorts can access "MLB Players’ group rights across a broad range of print and digital promotions, advertisements and sweepstakes in the U.S., China and Japan," a press release noted.

Players will also become eligible to enter into agreements as individual ambassadors on behalf of MGM, whether that be through in-person appearances, social media promotions, or the dissemination of autographs.

"We welcome the opportunity to host MLB Players at our world-class resorts and create unique player experiences for our valued MGM Rewards members," said Lance Evans, MGM Resorts’ senior vice president of sports and sponsorships, in the release.

Separate from the deals with the MLBPA, Major League Baseball announced on July 14 the expansion of an existing partnership with MGM Resorts and BetMGM that keeps the latter as an official sports betting partner of the league.

MLB and the players' association aren’t the only parties betting on the sportsbooks. In April, MaximBet announced they had reached a deal with Colorado Rockies outfielder Charlie Blackmon, the first active MLB player to endorse a sportsbook.

Blackmon’s deal, financial details for which were not disclosed, will see the former National League batting champion serve as a brand ambassador for MaximBet. His duties will include participating in marketing campaigns, fan events, promotions, and social media content. (One critical aspect of the new collective bargaining agreement is that Blackmon and all MLB players are prohibited from both promoting and betting on baseball games.)

The Blackmon deal is merely the first of what could become a wave of similar promotional tie-ups. According to Evan Kaplan, MLBPI's managing director, his group is engaged in active discussions with casinos and sportsbooks about potential partnerships now that MLB players are allowed to enter into such corporate agreements under terms of the new CBA signed in March, which ended a brief lockout.

"One of the objectives in the current CBA was to open up gambling sponsorship opportunities for players," Kaplan added, according to Sports Business Journal.

Warming up to wagering

Blackmon's deal followed those of other athletes and online sportsbooks, such as National Hockey League star Connor McDavid partnering with BetMGM and golfer Jordan Spieth teaming up with FanDuel.

Yet Major League Baseball had long been leery of gambling, which is understandable given a history that includes the so-called Black Sox Scandal of 1919. Nevertheless, the league has moved to embrace legal sports betting following the 2018 U.S. Supreme Court decision that paved the way for more authorized wagering.

Now, for example, DraftKings is building a sportsbook scheduled to open next year at Wrigley Field, home to the Chicago Cubs, while across town the Chicago White Sox made Caesars Entertainment the team's exclusive casino partner.

MLB Commissioner Rob Manfred has been a champion of deepening ties between sportsbooks and baseball as well. In an April interview with ESPN, Mandred was openly enthusiastic about the positive impact of sports betting on MLB.

“We see it primarily as a form of increasing fan engagement,” Manfred said. "It’s an additional way for our fans to interact with the game." 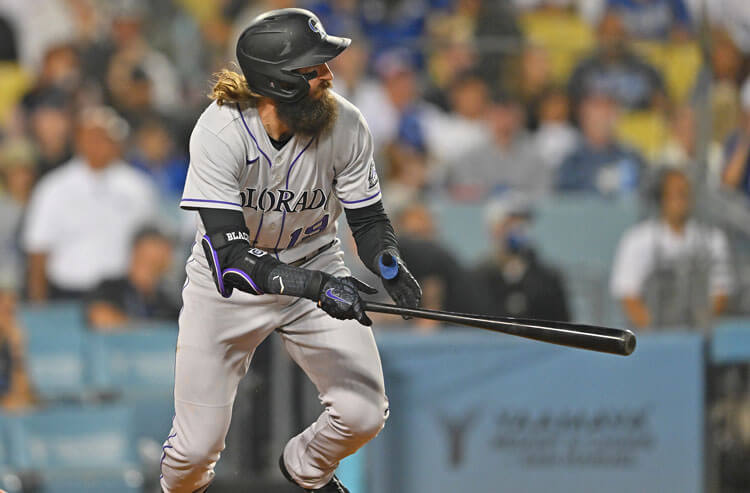