“A key pillar of the PGA TOUR’s sports betting strategy is responsible gaming and ensuring our fans are equipped with the appropriate resources so they are properly prepared and educated,” one tour official said.

The PGA Tour is ramping up for a month of responsible-gaming promotion with a new public service announcement stressing the fundamentals of sound wagering, which comes as professional golf has grown closer to the online sports betting industry.

The 30-second spot from the pro-golf tour talks about having a game plan when it comes to legal sports betting, and to only wager with licensed operators. As of Wednesday, the post had more than 51,000 views.

The PGA's new campaign is in support of the American Gaming Association's "Have A Game Plan. Bet Responsibly," and the effort will extend into September for the AGA's "Responsible Gaming Education Month."

The tour, based in Ponte Vedra Beach, FL., has been an active participant in responsible gambling, aligning itself with the AGA last year to join forces in educating its fans on legalized wagering. The tour became part of the AGA’s "Have A Game Plan. Bet Responsibly" initiative in January 2021, joining other professional organizations such as the NHL and NASCAR.

"A key pillar of the PGA TOUR’s sports betting strategy is responsible gaming and ensuring our fans are equipped with the appropriate resources so they are properly prepared and educated," said Scott Warfield, VP of gaming at the PGA Tour, at the announcement. "By aligning with the American Gaming Association in support of its Have A Game Plan campaign we’re able to align our efforts and provide a consistent message focused on responsible gaming."

In addition to educating the public, the tour also set about to inform its tournaments, players, caddies, and officials about gambling. The Integrity Program was developed on Jan. 1, 2018 — before the landmark Supreme Court case repealing the Professional and Amateur Sports Protection Act that May.

While the tour has put considerable resources towards responsible gaming, it is also pursuing online sports betting operators for sponsorships.

Online sportsbooks, such as PointsBet or BetRivers, were originally not allowed to be Official Marketing Partners (OMPs) with the tour — as of February 2019, the tour would only invite larger casino companies to be OMPs. Players were also forbidden to have sports betting companies as sponsors, but they could have deals with casinos as long as the word "casino" was not part of signage on player shirts, bags, or caps.

Several tour players, including Pat Perez, Ryan Moore, and Graham DeLaet, had been sponsored by MGM Resorts as early as 2015.

Over time, the tour’s policy eased. The organization entered into an OMP with DraftKings in July 2019, which was the first of its kind.

It wouldn’t be the last, however. Since then, the tour has entered into sponsorship agreements with BetMGM, betPARX, FanDuel, and PointsBet.

The Waste Management Phoenix Open, usually held on Super Bowl weekend, will have a DraftKings sportsbook on TPC Scottsdale by 2023’s tournament. Fans will be able to make wagers during the tournament via mobile app, while watching the golf action unfold. 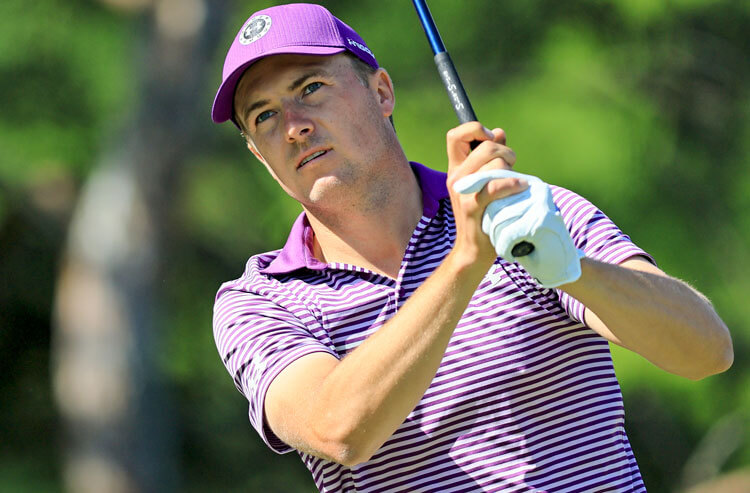