The doubling of the number of registered operators in Ontario is another sign of the interest in the province’s iGaming market, the amount of competition there may be, and the level of choice consumers may ultimately have.

The list of companies that have received a key approval for Ontario’s coming market for online sports betting and internet-based casino gambling is growing longer.

Ontario is preparing to launch its competitive iGaming market on April 4, which is when authorized operators can begin offering games to the province’s bettors in a first-of-its-kind framework for Canada.

A website of the Alcohol and Gaming Commission of Ontario, the regulator of the iGaming market, showed six registered internet gaming operators as of Wednesday.

Those operators include online bookmakers PointsBet, Rivalry Corp., and theScore Bet, which were issued their registrations in February.

However, three more companies have now had operator registrations issued in March. They are VHL Ontario Ltd. (which appears connected to internet betting company 888 Holdings Plc and its online sportsbook, 888sport), NSUS Ltd. (which appears to be linked to the Caesars Entertainment Inc.-owned World Series of Poker), and Annexio Ltd., a lottery betting provider from the United Kingdom.

888 confirmed Thursday it had received its Ontario registration. The company said it planned to offer its casino, sports, and poker products to players in the province.

"As a Group, our focus is on strengthening our presence and offer to customers across key regulated markets," said Itai Pazner, CEO of 888 Holdings, in a press release. "To that end, Ontario represents an attractive long-term growth opportunity for 888 and this is an extremely strategically important milestone for us."

All six registrations issued by the AGCO thus far are effective April 4.

More online gambling operators are likely to be issued their certificates in the days and weeks leading up to Ontario’s launch, as the AGCO previously told Covers that 30 had applied for registration. Companies must also execute an operating agreement with iGaming Ontario, a subsidiary of the AGCO, before they can start taking bets in the province's iGaming market.

Meanwhile, the doubling of the number of registered operators in Ontario is another sign of the interest in the province’s iGaming market, the amount of competition there may be, and the level of choice consumers may ultimately have.

The Ontario model is unique in Canada, where government-owned lottery and gaming companies such as Ontario Lottery and Gaming Corp. are the biggest providers of legal sports betting and iGaming. And the fact the country’s most populous province is embarking on such an experiment has attracted attention from some of the biggest names in online gambling.

A recent report from Deloitte Canada found there is no one thing that consumers value most in a betting platform either.

"These findings suggest we should be prepared to witness some churn as Ontario's sports-betting market becomes the first in Canada to embrace a competitive marketplace," Deloitte said. "They also serve as an early indication that Canadian lottery organizations in provinces and territories that follow Ontario's lead may, too, experience initial customer fluctuation and turnover.”

The Canadian and Ontario online gambling scenes are also a bit different from those in the U.S., as it's estimated billions of dollars in wagering already happens north of the border with “grey market” operators. Those firms may be licensed and registered somewhere, but not by Canadian authorities.

The grey-market activity has loomed over lottery and gaming corporations currently taking legal wagers in Canada, as well as the operators that are aiming to finally make their official Ontario debut.

DraftKings CEO Jason Robins said during the company’s latest earnings call that the operator is not projecting the same level of market share in Ontario as they do in the U.S. because the company lacks an early-mover advantage.

“Definitely, it’s different,” Robins said. “There's been a grey market there for many years, which a lot of the operators we’ll be competing with have already been operating in and have already had time to build customer bases.” 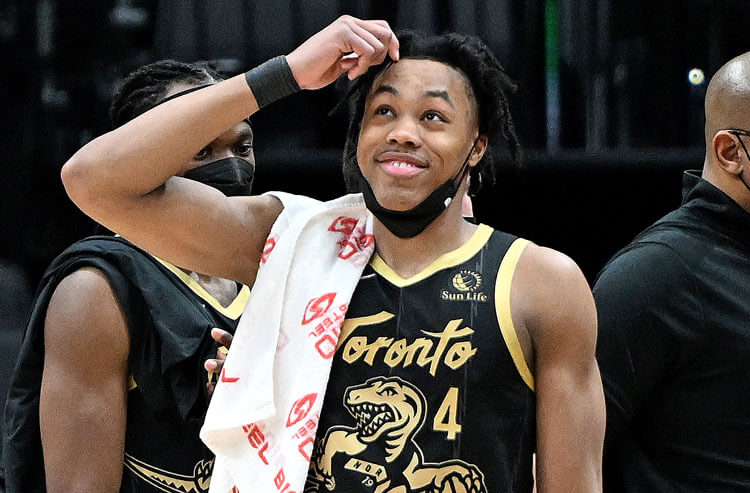