Providers of paid fantasy sports have recently stopped offering new contests in Ontario in connection with the April 4 launch of the province’s new internet-gambling market.

The onset of a competitive market for online sports betting in Ontario has giveth, but it has also taketh away — especially from lovers of fantasy contests in Canada’s most populous province.

Providers of paid fantasy sports such as FanDuel and Yahoo have recently stopped offering new contests in Ontario in connection with the April 4 launch of the province’s internet-gambling market.

As of Monday, and with at least one major exception, basically every paid fantasy sports contest company has withdrawn from Ontario, according to Peter Schoenke, the president of fantasy-sports website RotoWire and the head of government affairs for the Fantasy Sports & Gaming Association (FSGA).

The loss of daily and season-long fantasy options in Ontario has come as a shock to users — the FSGA has said an estimated two million players could be affected — and perhaps highlights an unintended consequence of the province’s competitive iGaming market.

Ontario's new regulatory framework is the first of its kind in Canada, allowing private-sector operators of online sportsbooks and casinos to legally take bets in the province. Among other things, the Ontario government aims to use the fledgling market to capture some of the money that was flowing to offshore and out-of-province websites.

However, the market and its rules have now knocked out a popular form of entertainment for Ontario sports fans. And while there has been an outcry from passionate players in the province, it appears any pro-fantasy tweaking of the market's rules may not happen for some time, if ever.

“I anticipate that we'll be active to try to change this, but it's not a situation that's going to be changed in weeks or months,” Schoenke said. “It's probably going to be a long-term effort.”

While the FSGA welcomes the regulation of single-event sports wagering in Ontario, the regulations have unfortunately made operating paid fantasy sports contests in the province impossible for almost every operator.

There are a few reasons why Ontario's iGaming market has prompted fantasy companies to walk away from the province.

Firstly, the province considers “pay-to-play” fantasy sports a form of gambling and not a “game of skill” as in some U.S. states. Even so, it’s still a form of gambling permitted under the rules crafted by the iGaming market’s regulator, the Alcohol and Gaming Commission of Ontario.

That said, the same rules also require all participants to be located within the province, slimming down the size of potential player pools and the revenue operators can generate from them. The government entity legally responsible for the market, iGaming Ontario, says games involving liquidity pools outside of the province are currently prohibited.

The regulations are crimping the amount of money fantasy operators can make in Ontario for a product that is different from sports betting and that has smaller profit margins, the FSGA’s Schoenke said.

“For fantasy sports, it’s really critical, because you need a large pool of players,” he said. “There's no … paid fantasy sports contests that exist in North America that are just like one state. So even if somebody could offer an Ontario-only [daily fantasy sports] product, it's just not viable.”

The second issue for fantasy operators is the cost of doing business in Ontario’s iGaming market. Schoenke said the licensing fee is $100,000 — almost twice as much as any jurisdiction in the U.S. — and that operators must hand over 25% of their revenue to the province.

“That just really crowds out competition,” Schoenke said in an interview with Covers. “That's tough to swallow even for the largest operators, but certainly a lot of smaller operators can’t afford that for a market the size of Ontario.”

Some of the other regulations in Ontario are costly for small companies, Schoenke added. What’s more, the rules are weighing on both daily fantasy sports (DFS) companies and any provider of paid fantasy contests, including season-long competitions.

The Alcohol and Gaming Commission of Ontario (AGCO) told Covers that companies can still offer pay-to-play fantasy sports in the province. However, operators must first receive an iGaming registration from the regulator and then sign a commercial contract with iGaming Ontario.

“Choosing whether or not to offer pay-to-play fantasy sports is an individual business decision that rests with registered operators,” the AGCO’s Raymond Kahnert said in an email earlier this month. “Free-to-play fantasy sports have been, and will continue to be allowed to be offered, now that the new igaming market has launched.”

Online poker relies on player pools, and a handful of operators are trying to make a go of it within Ontario's iGaming framework. Partypoker is one of those operators, and it said poker tables on its Ontario-specific site will be “ringfenced” to players within the province.

For now, though, fantasy operators are preferring to pull the plug or pivot to online sports betting and casino gambling.

One major DFS provider in Ontario was FanDuel Group, which shut down its fantasy contests in the province on April 1.

“This would severely limit the size of future contests, and lead to significantly smaller prizes - a product we know will not be attractive to our players in Ontario,” the company says. “FanDuel is hopeful that in the coming months regulations will change to allow larger contests, and should this change happen, FanDuel plans to bring our DFS product back to our players in Ontario.”

I apologize for the inconvenience. We appreciate the support and loyalty and hope we can provide paid fantasy in the future to Ontario residents.

Dale Hooper, general manager of FanDuel Canada, said it was a “tough decision” for the company to stop offering fantasy contests in Ontario.

“One of the best things about playing daily fantasy is your opportunity to play against other players around North America or the world,” Hooper said in an interview with Covers earlier this month. “And so with the rules that were going to be in place in Ontario from a liquidity perspective … it just wouldn't be as an engaging and great of a product experience. So we had to make the tough decision to stop it in Ontario until we can get it to a place where we're proud to offer it, where it's going to be fun and engaging and the product that people expect.”

Hooper added that he didn’t have a timeline for when FanDuel could bring DFS back to Ontario.

The tradeoff for customers in the province is they can now use FanDuel's online sportsbook and casino, which launched in Ontario on April 4. Ontario residents can also play DFS with FanDuel outside the province and in U.S. states where it’s legal. Other than that, though, Ontarians are out of luck.

Meanwhile, FanDuel’s biggest DFS rival, DraftKings Inc., has yet to join Ontario’s new market for online sports betting and casino gambling. And in the meantime, DraftKings is still offering fantasy contests in the province.

Unfortunately for fantasy fans, DraftKings intends to enter Ontario's iGaming market and to stop offering DFS contests in the province when it does so.

“DraftKings is working closely with provincial regulators to bring our top-rated mobile sportsbook and casino products to Ontario as soon as possible,” a spokesperson told Covers earlier this month.

Schoenke said the industry was somewhat “blindsided” by the Ontario rules. He also said he’s been told the Alcohol and Gaming Commission of Ontario has a 12-month “lock” on its regulations, including the ones that caused the DFS exodus, so that the regulator can examine the effects of its rules.

The FSGA is pushing for a speedier resolution. The advocacy group has asked players and its member companies (which include DraftKings and FanDuel) to contact elected representatives in Ontario to alert them to the situation.

The association has said it will work with the AGCO as well to try to find a way for fantasy providers to restart their operations in the province.

Still, any changes could take some time.

“Unfortunately, I think it looks extremely doubtful that the people of Ontario will be able to play fantasy football and fantasy hockey contests this next fall,” Schoenke said. “I don’t think it will be fixed by then.” 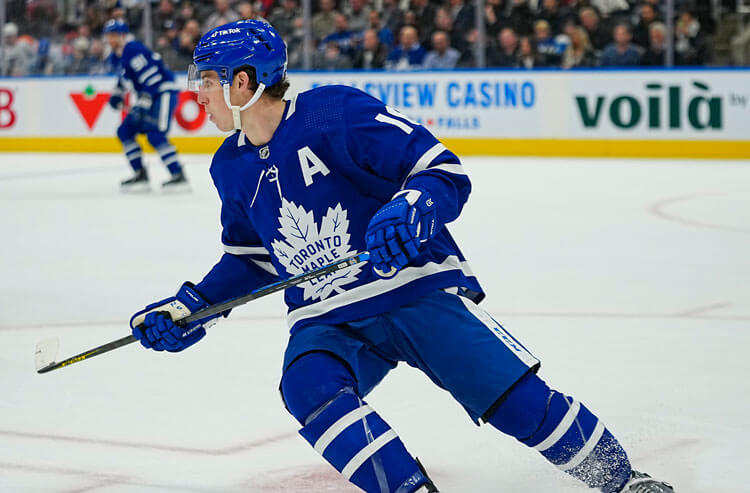