Ohio, home to the NFL's Cleveland Browns, among other pro teams, is the seventh-most populous state in the U.S. and potentially a major market for legal sports betting.

Members of the Ohio Senate introduced a bill on Thursday that would legalize sports betting in the Buckeye State, as lawmakers are again aiming to bring existing gaming activity under official oversight and regulation.

“This is not about revenue generation,” said Senator Kirk Schuring, a Republican who chairs the Senate’s Select Committee on Gaming, during a press conference Thursday morning. “This is about something that's occurring right now in Ohio illegally. We want to put guardrails around it, and we want to make sure it's being done properly, with the right regulatory authority. And then we also want to use it as an economic development tool. So that's the mission.”

Ohio is the seventh-most populous state in the U.S., and potentially a major market for legal sports betting, but previous efforts at legalization have come up short. Ohio is also bordered by states that have already legalized and could be attracting prospective sports bettors to them, such as Pennsylvania.

The proposal announced on Thursday forms part of a broader, 252-page gaming bill, which is sponsored by Republican Senators Niraj Antani and Nathan Manning. According to a press release, it would allow the state to offer 20 licenses for "mobile app on-line gaming" and 20 licenses for "brick and mortar" sports gaming on a first-come-first-serve basis. There is also a US$1-million cost being proposed for a three-year license.

According to an analysis of the bill by the Ohio Legislative Service Commission (LSC), sports betting could be allowed in the state by 2022. It would also permit betting on any professional or collegiate sport, but only by those 21 or older.

Although the bill could still be amended before becoming law, Schuring broke the proposed licensing scheme down into two varieties: “Type A” and “Type B.” Each category would be allocated 20 licenses.

There's not going to be any prescriptive language in the legislation that’s going to give somebody special preference.”
- Sen. Kirk Schuring

Type A licenses, Schuring said, would be for an entity that can “bank” bets, such as one of the state’s 11 casinos or racinos, although it would not necessarily be exclusive to them. Those licensees could also hire an operator of a mobile app, such as DraftKings or FanDuel.

The LSC analysis states that the Type A license "authorizes a sports gaming agent to offer sports gaming through an online sports pool under one brand name," with no one allowed to hold more than five of those licenses at any one time.

“We believe in the free market,” Schuring said. “So if there's another entity out there right now — notwithstanding those 11 that we're talking about — who can come up with the money to bank the bet, come to Ohio. We want you to come to Ohio.”

Type B, meanwhile, would be for a physical, brick-and-mortar-type sportsbook that can offer proposition betting. According to the LSC analysis, the license would allow for betting at one "sports gaming facility," but that such a facility cannot be located at a casino or horse-racing facility.

Schuring said one of the criteria for being awarded this kind of license is that the winner must spur economic development.

“You have to show that it's going to help the people of Ohio,” he said, adding later that he thinks the professional sports franchises in the state would probably apply for a Type B license.

The bill currently sets out that sports betting in Ohio would fall under the supervision of the Ohio Casino Control Commission — the choice of regulator was a sticking point in the previous effort for legalization —  and the state would receive 10 percent of the net revenue from such operations. The revenue generated for the state would go towards funding education and help for gambling addiction, Schuring said.

Furthermore, the release said the bill would allow for a "sports wager system" operated through Ohio Lottery retailers, which would involve $20 wagers and winnings divided from losing wagers, "much like the lottery," the press release said. The Ohio Lottery would oversee this aspect.

Not a done deal yet

Senate Bill 176 will still have to work its way through the state’s Republican-controlled Senate before being sent to the Republican-controlled House of Representatives for a similar process. Once the two chambers have reconciled any differences on the legislation, the bill can be sent to Republican Governor Mike DeWine for approval. DeWine said earlier this year that it is “inevitable” sports betting would come to the state.

SB 176 is the product of eight hearings that were held by the gaming committee earlier this year, with additional committee hearings on the bill expected to start next week. Schuring said they want to get the gaming bill done before the end of June.

“I think we've got a good bill,” he told reporters. “Now, is it the last iteration of the bill? No, there's still a process, we're still going to have hearings. But this bill is about the free market. It's about saying to those who want to get into, be it sports gaming, be it E-Bingo, be it a lottery form of gaming, be it iLottery, everybody's going to have to participate and be a part of the process. There's not going to be any prescriptive language in the legislation that’s going to give somebody special preference.” 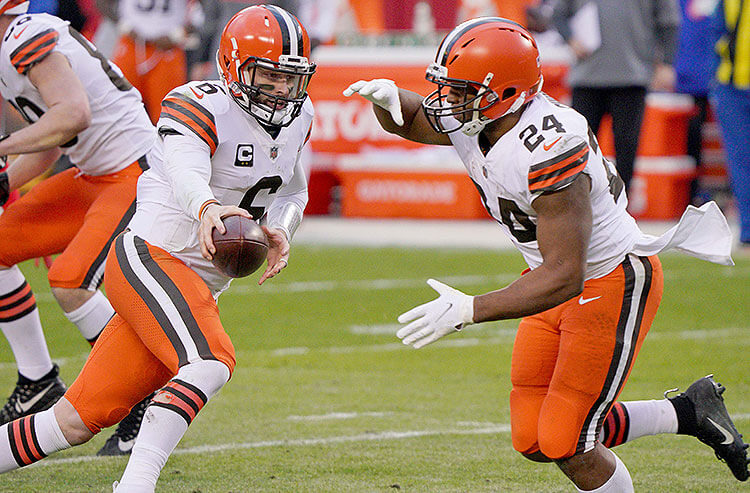 Spread Of Legal Sports Betting Creating Sense of Urgency In Massachusetts
Geoff Zochodne | Jun 17, 2021
About Us
Contact Us
Careers
Our Team
Our Community