With March Madness essentially wrapped up and no NFL games happening during the month, Iowa-based sports betting action in April slowed down by more than 25 percent compared to March.

Iowa sports bettors throttled back their action in April, as books in the Hawkeye State reported that both handle and revenue declined last month as March Madness came to a close.

Total sports-wagering handle in the Midwestern U.S. state was about 26.7 percent lower in April compared to March, according to the Iowa Racing and Gaming Commission, falling to approximately US$118.4 million from a record-setting $161.4 million.

After paying out winnings, net receipts from sports betting were a bit more than US$7.7 million in April. That figure was also down from March, when revenue clocked in at approximately US$13.4 million.

The majority of the action again came from online sources in April, with Iowa seeing an internet handle of around US$104.5 million. The remaining retail handle was just over US$13.8 million.

Among the various gaming facilities in the state, the Diamond Jo Casino in Dubuque (which is partnered with FanDuel) reported the highest sports-wagering handle last month, at approximately US$18.4 million. The next highest was the William Hill-partnered Isle Casino Hotel Waterloo, which reported US$17.85 million in bets taken.

Iowa’s slowdown in April came as two major betting attractions had either wrapped up or were winding down. The month had no NFL football games on the calendar and included only the last few matchups of the NCAA Division I Men’s Basketball Championship.

Still, the Hawkeye State saw a big change to its sports-betting rules at the start of 2021, when the requirement for in-person registration expired, allowing residents to download apps from the comfort of their home to begin wagering. The dollar amount of sports betting in the Hawkeye State was also well up on a year-over-year basis last month, as the total handle in the pandemic-stricken month of April 2020 had been just shy of US$1.57 million. 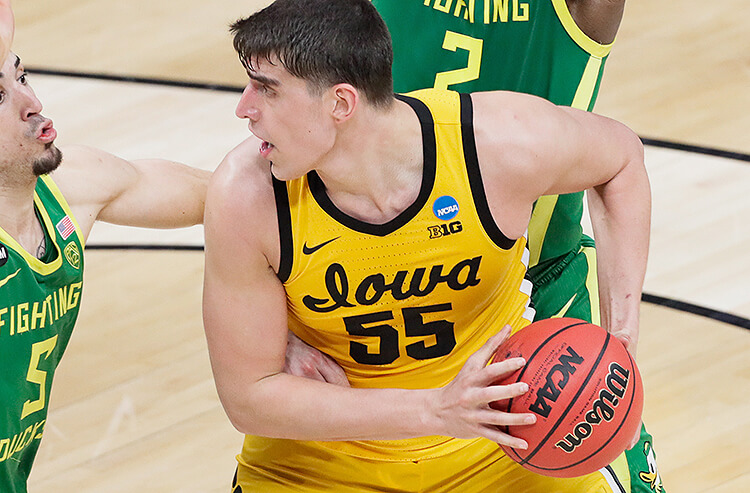