“Once the soft launch is complete, online gaming will open statewide.”

The state’s Department of Consumer Protection announced on Friday that it had notified the Connecticut Lottery Corp., the Mashantucket Pequot Tribe, and the Mohegan Tribe that they could begin a trial run for online wagering starting Tuesday at 3 p.m. ET.

The soft launch will only allow several hundred people to use for a week online sportsbooks run on behalf of the lottery and the tribes by DraftKings Inc., FanDuel Group, and SugarHouse-owner Rush Street Interactive Inc. After that, online sports betting could go live for everyone 21 and older in the state on Tuesday, October 19.

“We appreciate the hard work of our licensees and their teams, as well as the team at DCP, for their diligence in ensuring these platforms are compliant with the regulations approved by the legislature,” DCP Commissioner Michelle Seagull said in a press release. “As long as no issues arise, we have told the licensees they may move forward with the 7-day soft launch required in the regulations. Once the soft launch is complete, online gaming will open statewide.”

DraftKings, FanDuel, and RSI — which are the sportsbook partners for the Mashantucket Pequot, Mohegan, and the lottery, respectively —  were allowed on Friday to start creating accounts for the 750 people that each of the operators can sign up for the soft launch.

There are further restrictions, such as online sports wagering only being allowed at certain hours of the day for the first four days. On Tuesday and Wednesday, bettors can only place a wager between 3 p.m. and 11 p.m. ET, and then only on Thursday and Friday from 12 p.m. to 11:59 p.m. ET, the release said.

Still, there is only now the weeklong trial period standing between all Connecticut sports bettors and access to three online sportsbooks, which would make the state the New England market with the most legal online wagering options. Retail sports betting has also already begun at the tribal-owned Foxwoods Resort Casino and the Mohegan Sun.

Months in the making

The deal allows the tribes and the Connecticut Lottery to offer online and retail sports wagering and fantasy contests. The tribes are also allowed to offer online casino gambling, which during the soft launch will include more than 100 games, albeit no live-dealer or peer-to-peer ones.

Betting on most events will be allowed, although wagering on Connecticut college teams will not, unless they are playing in a tournament involving at least four teams and the money is on the outcome of that tournament. Also prohibited is betting on horse or greyhound racing via the new online sportsbooks.

DraftKings, FanDuel, and RSI all started their soft launch on Tuesday at 3 p.m., a spokesperson for the Connecticut Department of Consumer Protection confirmed.

Chicago-based Rush Street Interactive announced the soft launch of its PlaySugarHouse online sportsbook in Connecticut on Tuesday morning, saying 750 customers in the state can register and place bets after 3:00 p.m. ET on a first-come-first-serve basis.

The company said that once the 750-player limit is hit, customers can still pre-register and "will be added to a waiting list and notified as soon as the full launch is authorized, which is expected to occur as soon as October 19, 2021," a press release said.

RSI is partnered with the CT Lottery, which is also allowed to offer sports betting at up to 15 physical locations, including off-track betting facilities.

There will soon be 15 PlaySugarHouse-branded retail sportsbooks in the state, "including at Bobby V’s locations in Stamford and Windsor Locks; Sports Haven in New Haven; and the Winners locations in Hartford, Manchester, Waterbury, Torrington, New Britain, Milford, and Norwalk, subject to regulatory approvals," RSI said in its release. 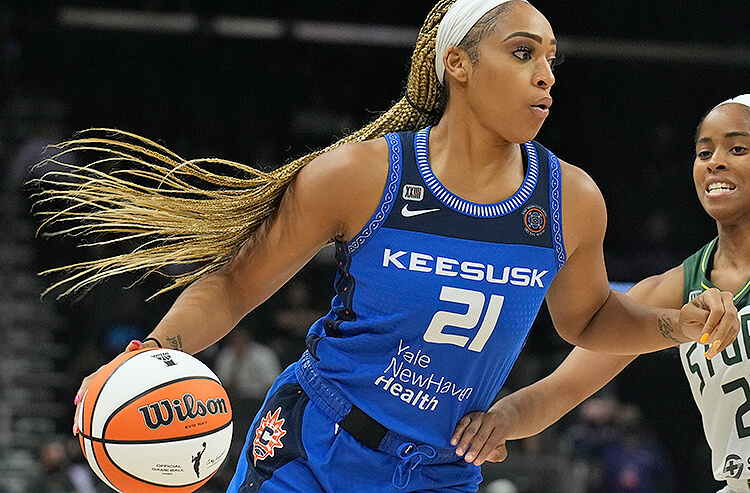