A third Native American tribe has endorsed what is now known as Proposition 27, the measure that will appear on the ballot in November and that could legalize online sports betting in California if it passes.

And then there were three.

On Tuesday, a third Native American tribe endorsed what is now known as Proposition 27, the measure that is set to appear on the election ballot in November and that could legalize online sports betting in California if it passes.

According to a press release, the Santa Rosa Rancheria Tachi Yokut Tribe has now joined the Big Valley Band of Pomo Indians and the Middletown Rancheria of Pomo Indians in backing the so-called “California Solutions to Homelessness and Mental Health Support Act.”

The initiative is financially supported by online sportsbooks such as BetMGM, DraftKings, and FanDuel. If it passes muster with California voters in November — and it will have to compete for support against a rival, retail-only sports betting measure that is backed by around 60 other Native American groups — the act would allow operators to legally take bets in the state via partnerships with tribes.

“Prop. 27 will provide us with economic opportunity to fortify our Tribe’s future for generations and protect Tribal sovereignty,” said Leo Sisco, chairman of the Santa Rosa Rancheria Tachi Yokut Tribe, in the press release. “And it is the only measure that will deliver hundreds of millions of dollars each year to help solve homelessness and address mental health in California.”

California is a hugely attractive market for the legal sports betting industry because of the size of the state's population and its overall economic might. If the online-betting initiative is successful, it could unlock a significant source of future growth for operators.

The announcement of another tribe supporting Proposition 27 also adds an interesting twist to the effort. Two sports betting-related measures will be on the ballot in November in California, and the other is now known as Proposition 26, a tribal-backed initiative that would allow for only in-person wagering at Native American casinos and licensed horse-racing tracks.

Supporters of Prop. 26, which is also known as the Tribal Sports Wagering Act, have been quick to try to frame the neighboring ballot initiative as deceptive and benefiting out-of-state interests. The tribes see the online measure as a threat to their economic livelihoods as well.

“The Corporate Online Gambling Proposition would legalize online and mobile sports gambling – turning virtually every cell phone, laptop, tablet, and gaming console into a gambling device, increasing the risks of underage and problem gambling,” said Cody Martinez, chairman of the Sycuan Band of the Kumeyaay Nation, in a June 27 press release from the tribal-backed Coalition for Safe, Responsible Gaming.

They've got a proposition for you

California Secretary of State Shirley Weber assigned the proposition numbers to ballot measures on July 1 and invited residents to provide input on which arguments should be included in the official voter information guide.

However, the war of words between the supporters of Proposition 26 (including a large number of Native American tribes) and those of Proposition 27 (the online sportsbook operators and their allies) is likely just getting started. Both sides have already pledged to spend $100 million on their causes and have rolled out advertising to win over voters.

The backers of Proposition 27, the online sports betting measure, have pointed out that their model would require operators to partner with Native American tribes in the state. After deducting regulatory costs, 85% of the government tax revenue raised by the measure's 10% levy is supposed to help fund interim and permanent housing. The remaining 15% of tax revenue would flow to tribes that are not participating in online wagering.

Proposition 27 would permit tribes to run their own online sportsbooks as well, after paying a one-time initial licensing fee of $10 million. That is far less than the $100 million operators such as FanDuel would have to fork over to participate.

Still, the backers of the Tribal Sports Wagering Act say their method of legal sports betting is the more responsible one, as it would require all wagering to be done in person at facilities with experience in keeping out underage gamblers. The coalition behind the initiative has been racking up endorsements too, such as from labor and civil rights leader Dolores Huerta.

“Tribal gaming has given California’s Indian tribes the resources to fight through generational poverty, oppression and disenfranchisement,” Huerta said in a recent press release. “The in-person, Tribal Sports Wagering Act will empower tribes to create new economic opportunities for their members and all Californians through safe, responsible sports wagering.” 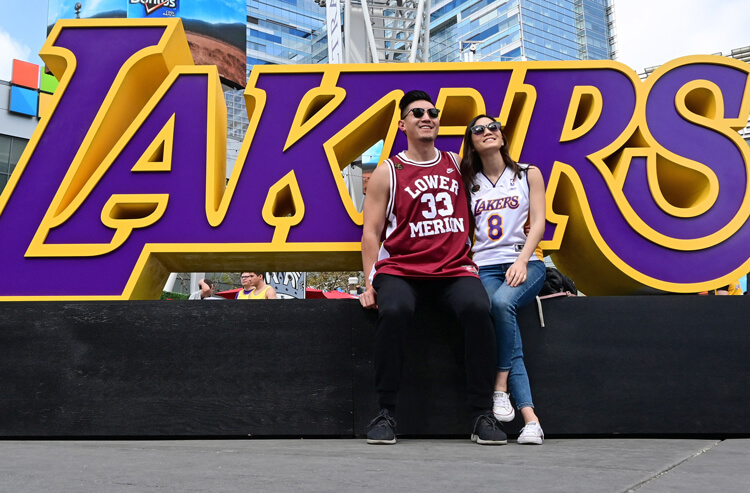