But Quebec is not following suit, at least not yet.

The Alberta sports betting regulator said Friday it has banned wagering on Ultimate Fighting Championship events, which comes a day after its counterpart in Ontario did the same, citing integrity concerns.

A spokesperson for the Alberta Gaming, Liquor and Cannabis Commission (AGLC) told Covers that as of December 1, it had stopped offering and accepting bets on UFC “due to possible risks of wagering integrity.”

Any previously placed UFC wagers on AGLC’s online sportsbook, Play Alberta, have already been voided and the money returned to players.

“AGLC will continue to monitor standards implemented by UFC before reinstating betting options on Play Alberta,” Lynden McBeth added in an email.

The move follows the Alcohol and Gaming Commission of Ontario announcing on Thursday that it was shutting down all gambling on the UFC on the province's sports betting sites, citing "concerns about non-compliance” with the regulator’s betting-integrity requirements.

“In recent weeks, the AGCO has learned of publicized alleged incidents, including possible betting by UFC insiders, as well as reports of suspicious betting patterns in other jurisdictions,” the watchdog said. “Therefore, the AGCO is now taking this step in the public interest.”

But not every province is following Ontario's example. A spokesperson for Loto-Québec, which operates the only legal online sportsbook in Quebec, Mise-o-jeu+, said they have seen nothing amiss yet.

"We are monitoring the situation closely and have done a thorough review of UFC betting in recent weeks," Renaud Dugas wrote in an email to Covers. "Nothing abnormal has been detected, so we continue to offer bets on this type of event. Our clients are free to choose from our entire betting offer."

There is also a major difference between Ontario’s move and Alberta’s move, which is that Ontario has a regulated market for iGaming that has allowed multiple private-sector operators of online sportsbooks to start taking bets in the province. Alberta currently has just the one provincially-regulated book, and therefore only one operator the regulator there can order to cease taking UFC bets.

While Alberta regulators have been looking at ways to open up the province’s sports-betting market, so far the only authorized avenues are Play Alberta and the SPORT SELECT game offered at lottery retailers.

The UFC said in October that it was banning fighters and their teams from wagering on the organization's fights "in light of clear direction that we have received from regulators responsible for the regulated sports betting industry in the United States," ESPN reported.

However, the spotlight has been turned back on the UFC after a fight in November reportedly attracted some suspicious betting patterns.

"The wagering activity around the Darrick Minner and Shayilan Nuerdanbieke bout from Nov. 5 remains under review by our betting integrity partner Don Best Sports," the UFC told ESPN in November. "At this time, we have no information that either of the athletes involved in the bout, or anyone associated with their teams, was involved in any wrongdoing." 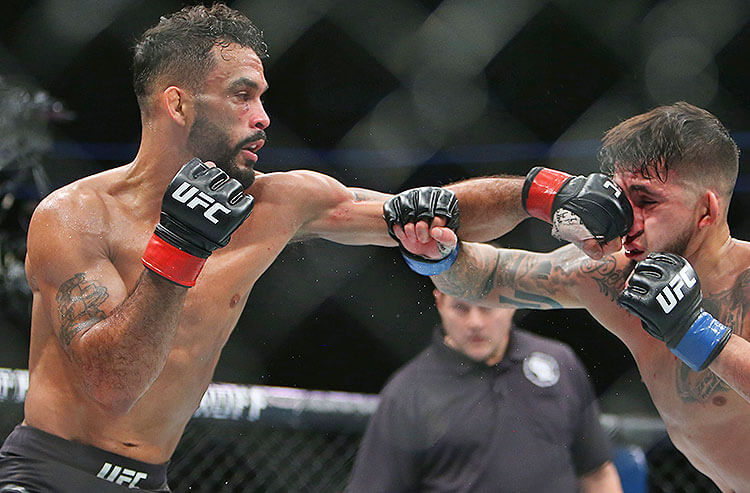