Covers Staff
Last Updated: Feb 27, 2015 7:36 AM ET
Photo By - USA Today Images
When you look around the room where Peter Jennings, daily fantasy sports millionaire, is speaking at the Sloan Sports Analytics Conference in Boston, it’s not hard to see that daily fantasy has caught fire.

Everyone is looking for an edge these days and they’ve come to hear the secrets from a guy who does it for a living. 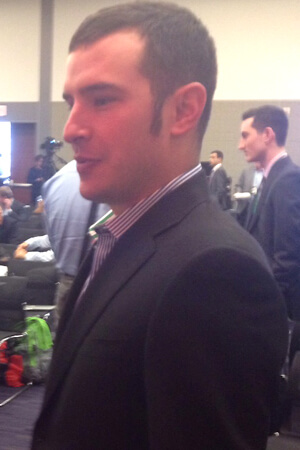 Jennings, who won the $1 million top prize at DraftKings’ fantasy baseball championships last year, grinds out daily fantasy as his J-O-B and obviously he’s pretty good at it. He was pretty candid in his talk about the strategies he employs to beat the competition – well until the topic turned to one subject.

We got talking about pitching in MLB and one tip he has is that "not enough people look at the type of pitchers out there", meaning ground-ball versus flyball pitchers.

“Do you ever look at umpiring?” I asked.

Anyone who follows me on Twitter knows I think you aren’t betting baseball properly if you’re not looking at umpires. They can dictate the performance of the pitcher and there's no more important element in handicapping any sport than the pitcher in baseball.

It’s so much of an edge, Jennings doesn’t even like talking about it. (By the way, we have awesome umpiring numbers on Covers and we feature them on our matchup pages come MLB season.)

But Jennings didn’t mind sharing a few other items that help him in his daily fantasy plays and here they are:
Jon Campbell is managing editor for Covers and is at the Sloan Sports Analytics Conference in Boston this weekend. Follow him @CoversJon 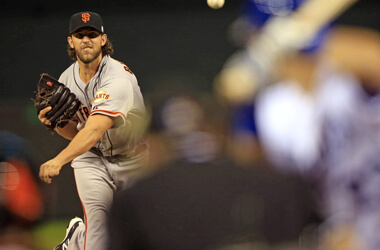