Brady, Patriots beat up on Bills


Tom Brady threw for 324 yards as the New England Patriots beat the Buffalo Bills 25-6 on Monday night in Orchard Park, N.Y., for their fifth consecutive win.

Having averaged 39.3 points over their previous four games, the Patriots (6-2) didn't reach the end zone until James White's 1-yard touchdown plunge with just under 10 minutes remaining.

Brady completed 29 of 45 passes but did not throw a touchdown pass for the first time this season. He improved to 29-3 all-time against the Bills, extending his NFL record for most victories by a quarterback against a single opponent.

Derek Anderson was 22 of 39 passing for 290 yards and an interception in his second start for the Bills (2-6), who have lost three straight and have scored just two offensive touchdowns over their past five games. Anderson went to the locker room with 1:25 remaining holding his right arm after being sacked by Kyle Van Noy.

McCourty's pick-six came with 5:54 left in the fourth quarter and two plays after Bills tight end Jason Croom had a touchdown overturned when replays showed he bobbled the ball in the end zone.

Stephen Hauschka made a 47-yard field goal for Buffalo late in the first half and a 51-yarder that cut New England's lead to 9-6 midway through the third quarter.

The Patriots drove into Bills territory four times in the first half but only came away with three field goals. Gostkowski connected from 25, 40 and 38 yards before missing a 50-yard attempt just before halftime. Gostkowski added another 25-yard field goal late in the third quarter.

Bills rookie linebacker Tremaine Edmunds left the game in the second quarter due to a concussion.

All-Pro tight end Rob Gronkowski returned for the Patriots after missing one game with back and ankle injuries. He had three catches for 43 yards. Linebacker Dont'a Hightower (knee) and Sony Michel (knee) were inactive.

Pro Bowl running back LeSean McCoy started for the Bills after clearing the concussion protocol on Sunday. McCoy rushed for 13 yards on 12 carries and caught six passes for 82 yards.

The Bills honored their all-time leading rusher, Thurman Thomas, by retiring his No. 34 at halftime. 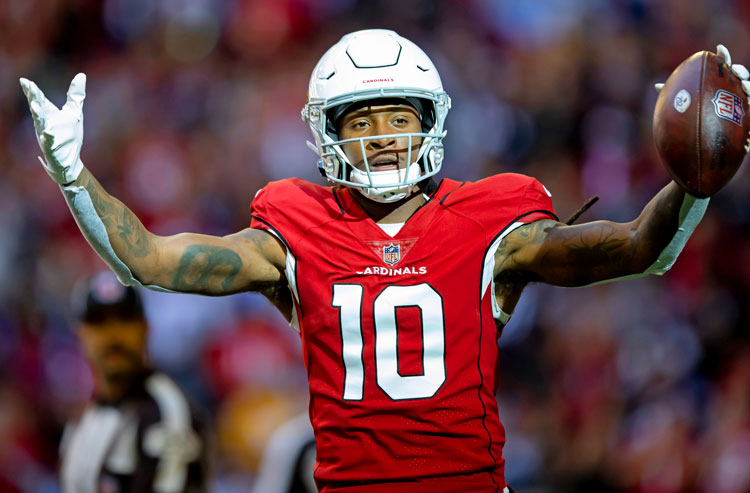 DeAndre Hopkins Next Team Odds: Where Will Nuk Get Dropped Next?