STILLWATER, Okla. -- Oklahoma State shook off a late West Virginia rally, then surged at the end itself Saturday in pulling away for a 37-20 win at Boone Pickens Stadium.

The 10th-ranked Mountaineers pulled within a touchdown at 27-20 with 8:58 to play, but the Cowboys drove to a touchdown and added a field goal with 1:34 remaining to seal the victory.

Quarterback Mason Rudolph passed for 273 yards and three touchdowns and the defense forced three turnovers for Oklahoma State, which saw coach Mike Gundy record his 100th win at the school.

The matchup shaped up as a crossroads game for both squads.

For Oklahoma State, it was a chance to remain in the Big 12 title chase. For the Mountaineers, it was an opportunity to confirm status as the conference favorite and as a contender for the College Football Playoff.

After Oklahoma State took a 27-10 lead on Rudolph's 2-yard touchdown run in the third quarter, threatening to pull away, West Virginia scored twice to get back in the game.

Skyler Howard answered Rudolph with a 12-yard touchdown run of his own, then kicker Mike Molina booted a 21-yard field goal to cut the Oklahoma State lead to 27-20.

But Rudolph got busy again, hitting Chris Lacy for his second touchdown reception of the day, a 7-yard connection with 5:15 left to boost the lead back to two scores, 34-20.

Oklahoma State led 20-10 at the half, behind Rudolph and an opportunistic defense.

Rudolph completed 15 of 20 passes for 150 yards and two touchdowns -- both coming after West Virginia had gone ahead 10-6.

The game started as a battle of field goals, with the Cowboys getting two from kicker Ben Grogan, while the Mountaineers got one from kicker Mike Molina.

West Virginia struck for the game's first touchdown when Howard hit wide receiver Shelton Gibson for a 19-yard scoring pass early in the second quarter. Howard correctly read a Cowboys blitz and laid out the throw for Gibson, who ran it down in the back of the end zone.

Rudolph and the Cowboys responded after defensive end Cole Walterscheid recovered a Howard fumble at the West Virginia 13. On second down, Rudolph found wideout Chris Lacy for a 5-yard touchdown pass and a 13-10 lead.

After Molina missed on a 39-yard field goal, Oklahoma State extended its lead by driving 78 yards in 14 plays, with Rudolph hitting receiver Jalen McCleskey for the score on a 3-yard pass.

NOTES: West Virginia lost leading rusher Rushel Shell to an ankle injury in the first half. Shell, part of a two-pronged tailback tandem along with Justin Crawford, ran for 38 yards on seven carries before exiting. He averaged 77.5 yards per game and had a team-high five touchdowns entering the contest. ... On homecoming at Oklahoma State, the school presented to fans the 1945 national championship trophy recently awarded retroactively by the American Football Coaches Association. The AFCA has been charged with selecting national champs for the years 1922 to 1949. Then Oklahoma A&M, known as the Aggies, went 9-0 in 1945, beating St. Mary's in the Sugar Bowl to complete the school's first unbeaten season. ... With Saturday's win, Cowboys coach Mike Gundy joined a group of just six coaches with at least 100 wins at their current school. Gundy joined Kansas State's Bill Snyder, Oklahoma's Bob Stoops, TCU's Gary Patterson, Iowa's Kirk Ferentz, Alabama's Nick Saban and Utah's Kyle Whittingham. 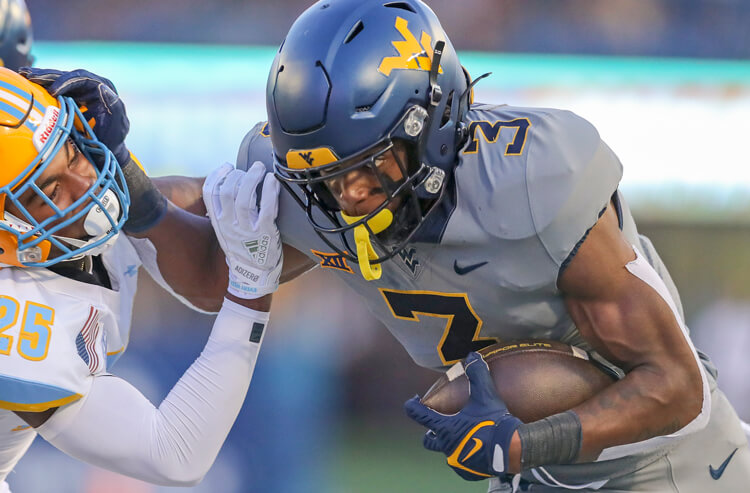 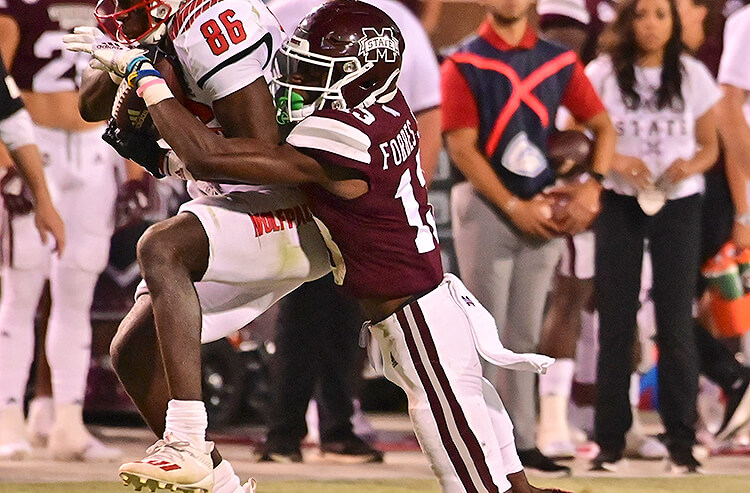 Mississippi State vs Memphis Picks and Predictions: Tigers Get A Reality Check Against SEC Opponent 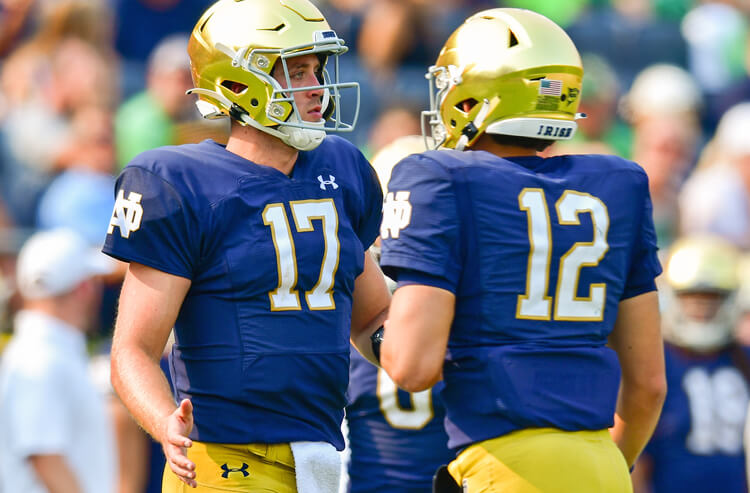 Purdue vs Notre Dame Picks and Predictions: Saturday Afternoon's Alright for Fighting
About Us
Contact Us
Careers
Our Team
Brand
Testimonials