No. 13 WVU bounces back with blowout of Baylor


Will Grier got his groove back and No. 13 West Virginia forced four turnovers while dominating Baylor 58-14 in Big 12 action Thursday night.

Rebounding 12 days after their listless loss against Iowa State, the Mountaineers (6-1, 4-1) raced out to a 41-0 halftime lead. By that juncture Grier had amassed 302 of his 353 passing yards and fired three touchdowns.

The nation's No. 3-rated quarterback found Gary Jennings alone for a 53-yard score on the third play from scrimmage, and Grier tacked on touchdowns of 25 and 65 yards to David Sills. He also ran for a short score on the heels of Tevin Bush's 79-yard sprint.

In less than three quarters of work, Grier finished 17 of 27 without an interception. Sills gained 139 yards on five receptions, Jennings added three catches for 100, and West Virginia piled up 568 overall -- a crisp recovery for an offense that suffered seven sacks and gained only 152 yards in Ames.

Baylor (4-4, 2-3) also exhibited a stark turnabout -- not in a good way -- from its 23-17 near-upset at No. 9 Texas. Failing to cross midfield on the first 11 possessions, the Bears ultimately benched quarterback Charlie Brewer, who was 1 of 8 with three interceptions. Two of those turnovers went through the hands of receivers.

Replacement Jalan McClendon threw for 183 yards, ran for a score and steered another touchdown drive for the Bears, who remain two wins shy of becoming bowl-eligible after a 1-11 finish last season.

Toyous Avery, Shea Campbell and Keith Washington made interceptions for the Mountaineers, who gave up only 87 yards in the first half and 285 overall.

West Virginia remained in the thick of the Big 12 chase and can make an even bigger statement next week when it visits Texas.

Early in the fourth quarter, West Virginia backup Jack Allison fired his first career touchdown, a 36-yarder to Jennings that stretched the margin to 58-14.

West Virginia's 41-point first half came within eight points of the Dana Holgorsen era record. The Mountaineers posted 49 against Clemson in the 2012 Orange Bowl and matched that against East Carolina in 2017. The school record came against Rutgers in 2001 when the margin stood 59-0 at intermission.

This felt equally bad for the Bears, who started the second half on a sour note when Chris Platt fumbled at his 25. That led to Evan Staley's third field goal of the night, a 44-yarder.

Josh Fleeks had a 2-yard touchdown run for Baylor, which dropped its third straight in the series and fell to 2-8 on the road under Matt Rhule. 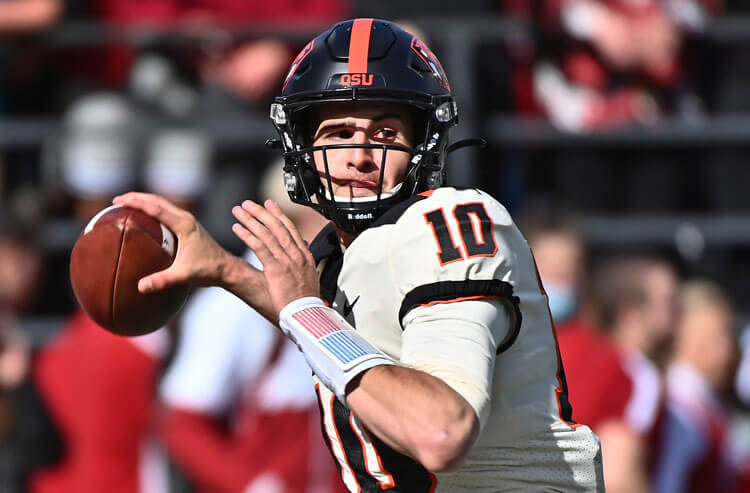 Utah vs Oregon State Picks and Predictions: Beavers Take a Bite Out of Utes' Season? 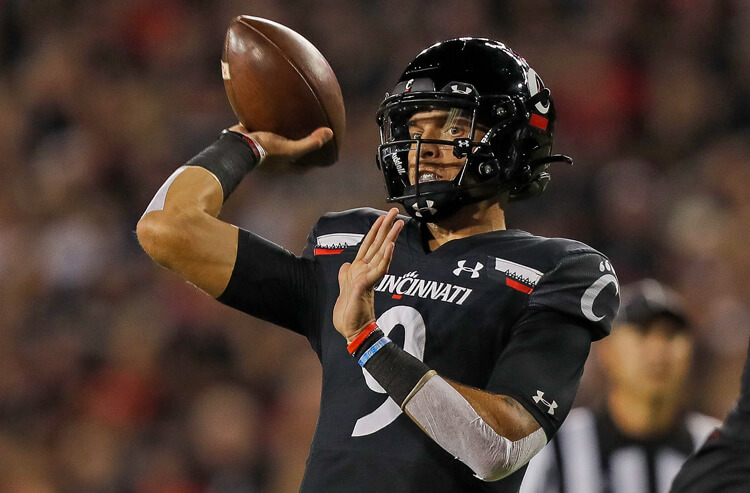 Cincinnati vs Navy Picks and Predictions: Bearcat Blowout on Deck? 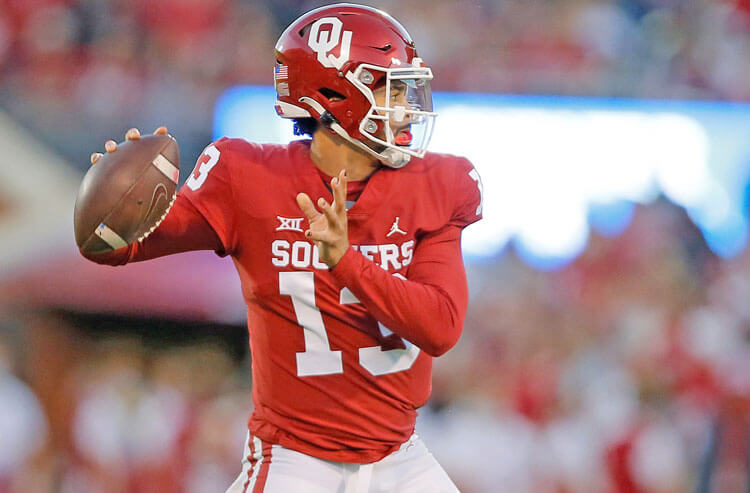 Oklahoma vs Kansas Picks and Predictions: How Many Points Is Too Many Points?
About Us
Contact Us
Careers
Our Team
Brand
Testimonials