Christian Bishop scored 17 points off the bench as No. 7 Texas rode a dominating early-second-half surge to swamp visiting Texas-Rio Grande Valley 88-58 on Friday in Austin, Texas, to win their fifth straight game.

The Longhorns (6-1) were up by just five points at halftime but came out like a tornado in the first 10 minutes of the second half, forging 13-4 and 17-0 runs to establish a 75-45 advantage. The Vaqueros made just three of their first 10 shots after halftime and had 10 turnovers in that pivotal stretch as Texas was able to sprint away and cruise to the finish.

Tre Mitchell and Timmy Allen added 13 points each for the Longhorns while Marcus Carr had 11. Texas outscored the Vaqueros 42-17 in the second half, shot 50.8 percent and forced 22 turnovers in the victory.

The Longhorns never trailed but hand their hands full with UTRGV in the first half. Texas led 21-9 after a 3-pointer by Jones at the 14:45 mark of the half and expanded its advantage to as many as 14 points after a layup by Allen with 3:58 to play in the period.

But the Vaqueros rallied, outscoring Texas 11-2 over the remainder of the half to pull within 46-41 at the break. The Longhorns went that closing stretch without a field goal, missing their final six shots.

Taylor led all scorers with 11 points at the half and Adewunmi had 10 for the Vaqueros, who shot 53.6 percent from the floor. Carr paced Texas with nine points at intermission while Bishop hit for eight as the Longhorns allowed their second-most points in a first half this season.

Texas rebuilt its lead during the first four minutes of the second half, outscoring the Vaqueros 13-4 while forcing six turnovers. The Longhorns erased any questions about the outcome of the game over the ensuing seven minutes when they produced a 17-0 run that pushed the advantage to 30 points. 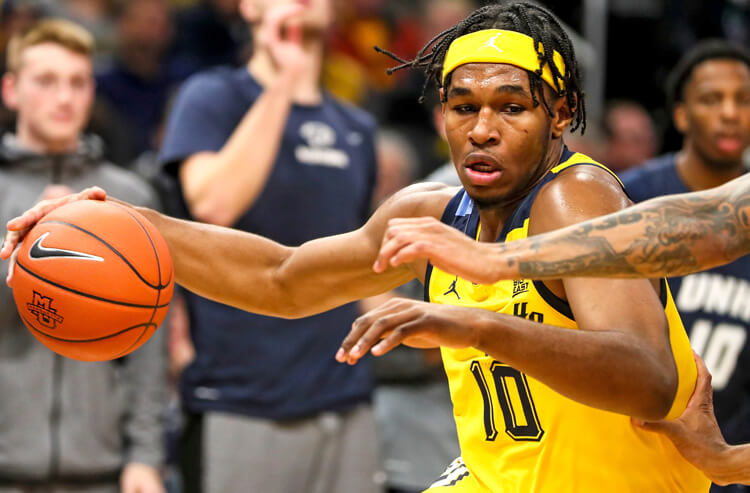