Rudy Gobert notched a double-double of 21 points and 14 rebounds, and six other teammates scored in double figures to boost the visiting Utah Jazz to a 114-83 rout of the Chicago Bulls on Saturday night.

Utah raced to a 33-18 lead after one quarter, and its 70-36 halftime lead was its largest on the road at the half in the history of the franchise, which began play in the 1974-75 season in New Orleans.

The Jazz shot 56.2 percent overall in the first 48 minutes, including an 8-for-18 effort from 3-point range. Gobert led the way with 13 points at the half, while Mitchell had 12.

As potent as Utah was, the half was not its highest-scoring half of the season. The Jazz torched Golden State for 81 points in a half on Oct. 17.

Lauri Markkanen paced the Bulls with a double-double of 18 points and 10 rebounds. Robin Lopez, Antonio Blakeney and Cristiano Felicio chipped in 10 points apiece.

Utah moved into a tie with the Oklahoma City Thunder and Los Angeles Clippers for the fifth-best record in the Western Conference, one game ahead of the eighth-place San Antonio Spurs.

The Jazz have nine games remaining in the regular season, including six at home and seven against conference foes. Utah is off until Monday, when it is set to open a four-game homestand against the Phoenix Suns.

Chicago entered the game on a two-game winning streak after rebounding from a five-game losing streak earlier in March. Saturday's game proved a struggle nearly from the opening tip, thanks in part to a short-handed rotation that was without some of its key contributors.

Bulls guard Zach LaVine missed the game with a bruised thigh. LaVine was a late scratch before Wednesday's home overtime victory against Washington as well. Forward Otto Porter Jr., who is battling a shoulder injury and other ailments, was also out.

The Bulls scored 25 points in the third quarter, their highest-scoring quarter of the night. 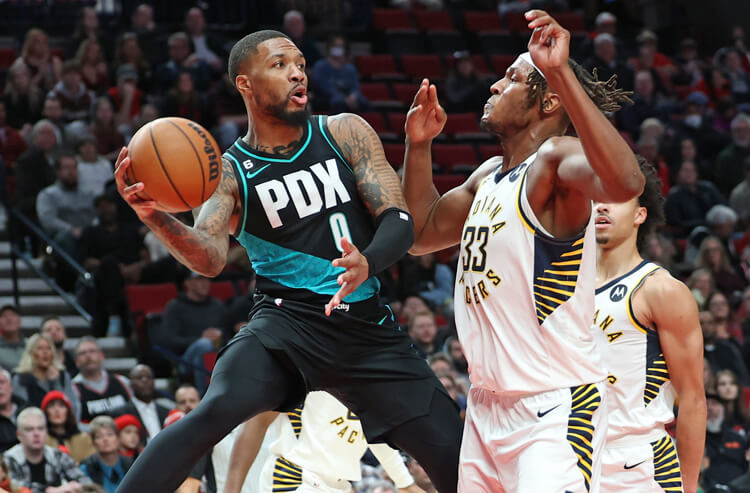 Today’s NBA Player Prop Picks: George Stays Efficient From Beyond the Arc
About Us
Contact Us
Careers
Our Team
Brand
Testimonials