Will Smith smacked a two-run home run and eight pitchers, including Clayton Kershaw in relief, combined on a three-hit shutout to send Los Angeles into the National League Division Series on a seven-game winning streak.

The Dodgers (106-56) will play the winner of the wild-card game between Milwaukee and Washington in a best-of-five series that opens Thursday in Los Angeles.

The 106th win allowed the Dodgers to better the previous franchise record of 105, set in Brooklyn in 1953.

After a late decision against starting ace Madison Bumgarner, Bochy watched as right-hander Dereck Rodriguez (6-11) served up a one-out walk and three straight hits, including a three-run double to Corey Seager, in the first inning before surrendering Smith's homer, his 15th of the season.

Rodriguez didn't make it out of the second, charged with five runs on five hits in 1 2/3 innings. He walked two and struck out two.

In a tune-up for what is expected to be a Game 4 start, if necessary, in the playoffs, Dodgers left-hander Rich Hill shut out the Giants for three innings, allowing one hit and two walks. He struck out four.

After Dustin May (2-3) worked a perfect fourth inning, Kershaw made a cameo appearance in the fifth. In his first relief stint of the season, the left-hander needed 18 pitches to get three straight outs, one via a strikeout.

Among the batters Kershaw faced was Bumgarner, who was used as a pinch hitter to allow the home crowd to pay their respects in what could have been the pending free agent's final game with the Giants. Bumgarner lined out to third base.

Chris Taylor had three hits and Smith two for the Dodgers, who won the season series from the Giants 12-7. 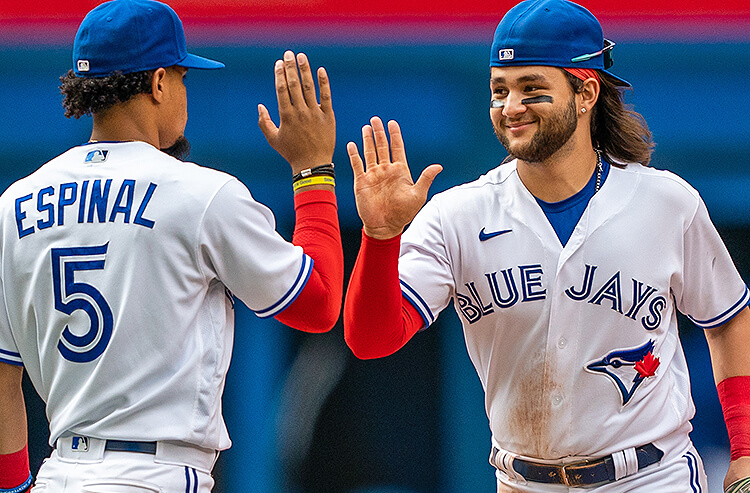 Indians vs Blue Jays Picks and Predictions: With Mismatches Everywhere, This One Could Get Ugly
About Us
Contact Us
Careers
Our Team
Our Community