Ben Roethlisberger passed for 267 yards and two touchdowns Sunday as the visiting Pittsburgh Steelers overcame a slow start to remain unbeaten with a 27-3 win over the Jacksonville Jaguars.

Pittsburgh (10-0) remains the lone unbeaten team in the NFL.

Roethlisberger was 32 of 46 with touchdown passes to Chase Claypool and Eric Ebron. Diontae Johnson had 12 catches for 111 yards. Benny Snell added a touchdown run.

Backup quarterback Mason Rudolph got some mop-up duty for the second week in a row. The Steelers have a short week with an AFC showdown against Baltimore on Thanksgiving.

For Jacksonville (1-9), rookie quarterback Jake Luton was 16 of 37 for 151 yards with four interceptions, two each by Minkah Fitzpatrick and Terrell Edmunds.

On the first possession of the game, the Jaguars took a 3-0 lead on Chase McLaughlin's 41-yard field goal.

Jacksonville attempted a trick onside kick. Pittsburgh recovered the ball at the Jaguars 46. That led to a 44-yard field goal attempt by Chris Boswell, but his string of successful field goal tries was halted at 25 when this one sailed wide left after a wonky snap by Kameron Canaday.

The Steelers then got on track, starting with a six-play, 71-yard drive capped by Roethlisberger's 31-yard touchdown pass to Claypool, who got around coverage by Chris Claybrooks at the goal line near the right pylon for a 10-3 lead.

Jacksonville, trying to keep pace, got inside the Pittsburgh 20 before Steelers defensive end Tyson Alualu tipped a pass by Luton, and it was intercepted by Fitzpatrick near the goal line and returned to the Steelers 39.

Seven plays later, Pittsburgh took a 17-3 lead with 44 seconds left in the first half on Snell's 1-yard touchdown run around right end.

After a scoreless third quarter, Boswell upped the Steelers lead to 20-3 with a 47-yard field goal with 10:24 left.

Roethlisberger found Ebron as the tight end cut into the middle for a 20-yard touchdown to make it 27-3.

An NFL Thanksgiving tripleheader lost its main event on Wednesday when the AFC North clash between the undefeated Pittsburgh Steelers and Baltimore Ravens was shifted to Sunday.

And now, it's been moved again as the number of cases of COVID-19 climbed again in Baltimore -- this time to Tuesday night at 8 p.m. ET.

That's double the inconvenience for the Steelers.

Already this season, the Steelers had to shift their bye week to accommodate an outbreak of the coronavirus among the Tennessee Titans. By moving Thursday's division duel, that means Pittsburgh won't have any fans at Heinz Field. Due to new regulations going into effect Friday, the Steelers went from limited fans Thursday night to zero fans allowed Tuesday.

"we had a week 4 bye cause of this, now the only time we look forward to some rest was after one of the biggest PRIMETIME games we no longer have. we keep getting screwed this year," Steelers tight end Eric Ebron said Wednesday via Twitter.

The Steelers are looking to sweep the season series and climb to 11-0 entering the home stretch of the season.

The Ravens are just looking to see how many healthy bodies are available as they attempt to scrap to stay in the AFC wildcard fight.

As of Thursday night, the Ravens had 10 players -- including eight starters -- on the reserve/COVID-19 list. It wasn't clear on Friday who could be available to play Tuesday, but no starter is more important to the team than quarterback Lamar Jackson, who landed on the list on Thanksgiving.

Also on the list are Ravens running backs J.K. Dobbins and Mark Ingram, who tested positive for the virus. Defensive tackle Brandon Williams is on the list because of contact tracing during an outbreak that apparently is still surging throughout the organization. Reports Friday said another player tested positive, and a test to confirm the preliminary result was expected later in the day.

"It's a crazy kind of time that we're living in," Baltimore tight end Mark Andrews said. "It kind of goes with this year."

The Ravens, also recovering from a gut-punch loss to the Tennessee Titans on Sunday, were not expected to have access to their team facility until Monday.

The Steelers are neither feeling sorry for Baltimore nor expecting an advantage.

"This is just an unusual year when it comes to everything we have to do and everyone has to do," Pittsburgh quarterback Ben Roethlisberger said. "What are you going to do? You just have to do what they tell you and go play ball."

Because of the short week, Roethlisberger didn't expect to throw in practice. Still, he believes there is plenty of juice to the rivalry regardless of odd circumstances.

For the Steelers (10-0), the game is a chance to take another step toward a potential perfect season and solidify their hold on the division lead. For Baltimore (6-4), it is a shot at spoiling Pittsburgh's path toward perfection and getting back into the conversation for a division title.

Baltimore is one of nine AFC teams as of Friday to have six or more victories. The playoffs are no guarantee.

The Ravens dropped behind Cleveland into third place in the division Sunday as they blew a 10-point lead and fell 30-24 to Tennessee, while the Browns beat Philadelphia. Baltimore trails the Steelers by four games with six to play.

In the teams' first meeting in Week 8, Pittsburgh pulled out a 28-24 win with Roethlisberger's fourth-quarter touchdown pass to Chase Claypool in Baltimore.

Dobbins rushed for a season-best 113 yards. Jackson passed for 208 yards, with two touchdowns and two interceptions.

The Ravens are down to Gus Edwards (376 yards, three touchdowns, 4.4 yards a carry this year) and Justice Hill as their running backs as of Friday. Hill has played primarily on special teams and has no carries this year.

"You look at Gus and Justice, those two guys are incredible athletes, incredible players, and they're going to do their job just fine and hold that torch and do their thing," Andrews said. "There's no worries there."

"The run game is a group effort," he said. "I'm sure we'll run the ball (against Pittsburgh)."

Not if the Steelers can help it.

"It's not like we are laying off the gas pedal by any stretch," Pittsburgh linebacker T.J. Watt said.

While Baltimore had players being added to the reserve/COVID-19 list, Pittsburgh activated tight end Vance McDonald from that list.

Provided the game is played Tuesday, the NFL will move the Ravens next game -- set for next Thursday against the Dallas Cowboys -- to the following Sunday (Dec. 6), the league said. 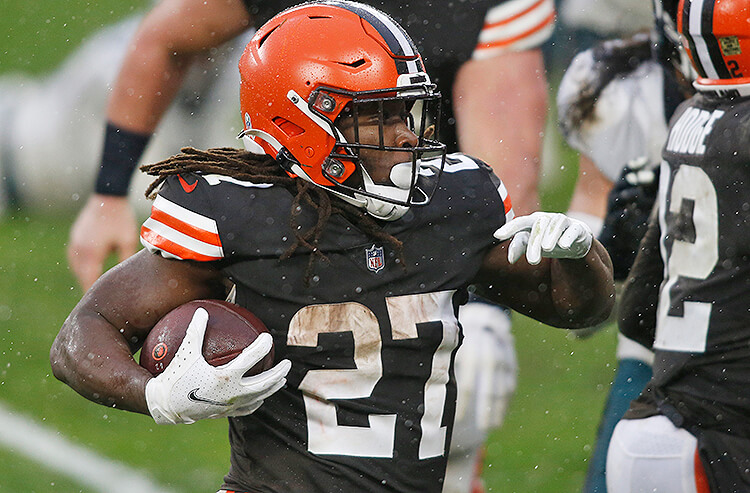 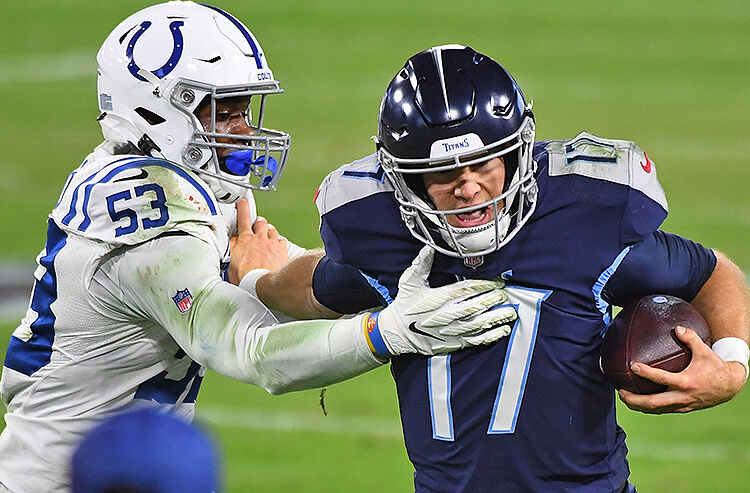 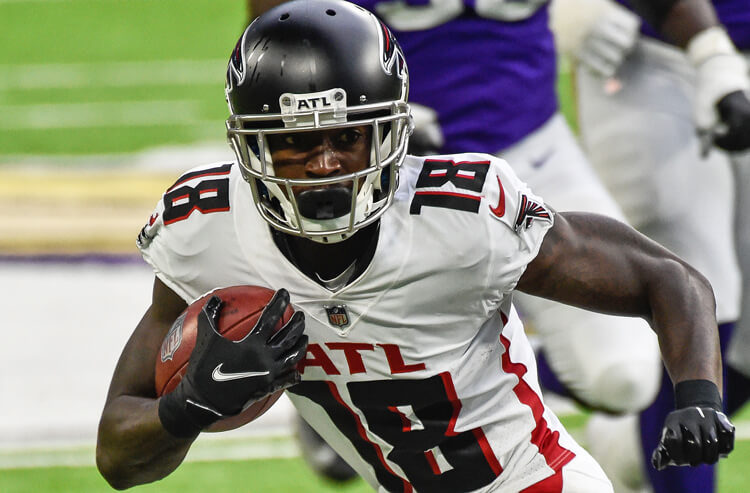 NFL Best Bets and Player Props for Week 12
Get the best sports betting information delivered straight to your inbox for free.
By signing up for the Covers newsletter, you agree to receive electronic communications from Covers about our products and services, as well as other content that may be of interest to you
About Us
Contact Us
Careers
Our Team
Our Community