Jordan Kerley hauled in a diving, go-ahead touchdown pass from Tanner Mordecai to help No. 24 SMU escape Annapolis, Md., on Saturday with a 31-24 win over Navy.

The 22-yard strike came with 8:19 remaining, and the Mustangs' defense forced two turnovers on downs to keep Navy at bay the rest of the game.

SMU (6-0, 2-0 AAC) remained undefeated as Mordecai went 30-for-40 passing for 324 yards, two touchdowns and an interception. The nation's leader in passing touchdowns now has 26 on the year.

SMU opened the scoring just 92 seconds into the game when Mordecai found Roderick Roberson Jr. over the top for a 66-yard TD connection on a fourth-and-1. Navy tied it on its second possession when Chance Warren broke free on an option pitch for a 23-yard score.

The run-heavy Navy offense surprised the Mustangs in the second quarter with a flea-flicker, and Lavatai hit Kai Puailoa-Rojas for a quick 37-yard touchdown to push Navy ahead.

Mordecai guided SMU down the field on the next drive until he was intercepted in the end zone by Navy's Johnny Hodges. Mordecai turned the ball over once again on his next possession; Mids nose guard Clay Cromwell stripped him and defensive captain Diego Fagot returned the fumble 20 yards to make it 21-7.

Navy's growing momentum went out the window on the following kickoff, returned by Bryan Massey 95 yards down the right sideline for a Mustang touchdown. SMU leveled the score 21-21 before halftime when Tre Siggers punched it in from 2 yards.

The two sides traded field goals in the third quarter, including Navy's Bijan Nichols converting from 50 yards out.

The result marked SMU's first road win over Navy since 1998. The Mustangs and No. 5 Cincinnati are the American Athletic Conference's only remaining unbeaten teams. 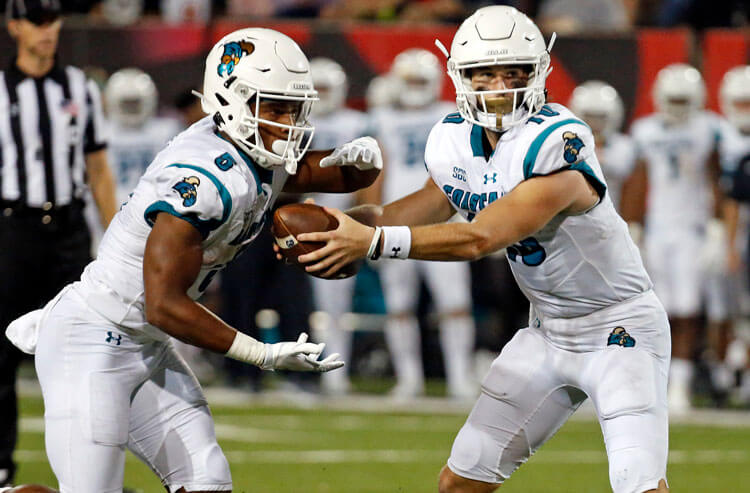 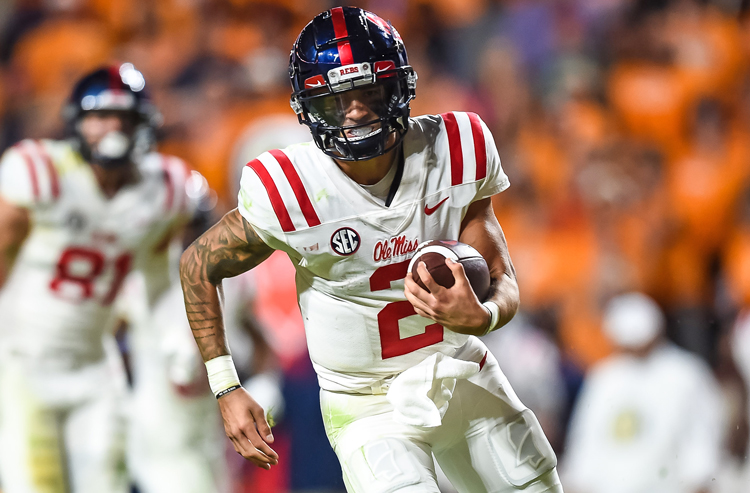 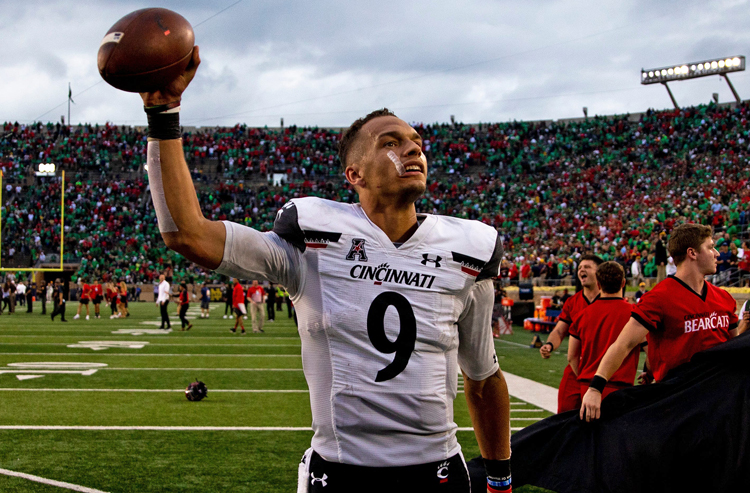 2022 College Football National Championship Odds: How Far Can The Bearcats Go?
About Us
Contact Us
Careers
Our Team
Brand
Testimonials