No. 17 Oklahoma State outlasts No. 16 Oklahoma

It was the second consecutive tight game between the two, after the Cowboys won 94-90 in overtime on Saturday in Norman, Okla. In that game, Oklahoma State's Cade Cunningham dominated, scoring 40 points.

On Monday, it was a pair of players from the state -- Boone and Oklahoma's Brady Manek -- who took center stage.

Boone had just six points in the first meeting but bested that scoring total by the time Monday's game was four minutes in.

On the other side, Manek came out on fire, hitting three 3-pointers in the first 4:10 to help the Sooners build an early lead. Manek scored 16 of his team-high 20 points in the first half.

But Manek missed a potential game-tying 3-pointer in the final minute of regulation and then Cunningham put the game away at the free-throw line.

Cunningham finished with 15 points, seven rebounds and four assists, but he was stifled for most of the game. He missed his first four field-goal attempts, not hitting a shot until more than 32 minutes into the game.

Cunningham's first basket sparked the Cowboys and he hit another on the next possession to cut the Cowboys' deficit to one with 6:45 remaining.

Then following a steal by Matthew-Alexander Moncrieffe, Cunningham barreled down the court, feeding it back to Moncrieffe, who quickly fired to an open Bryce Williams in the corner for a 3-pointer to put Oklahoma State ahead 66-64.

Oklahoma briefly tied it on Elijah Harkless' 3-pointer but then the Sooners missed eight of their next nine shots.

The Cowboys (17-6, 10-6 Big 12) stretched their winning streak to five, their longest since they prevailed in the first six to start the season.

Oklahoma (14-8, 9-7) has dropped three consecutive games for the first time this season.

The Sooners rebounded better in the first half after getting dominated on the glass Saturday, going with a smaller, quicker lineup en route to outrebound Oklahoma State 18-15. But the Cowboys dominated the glass in the second half, outrebounding Oklahoma 21-11. 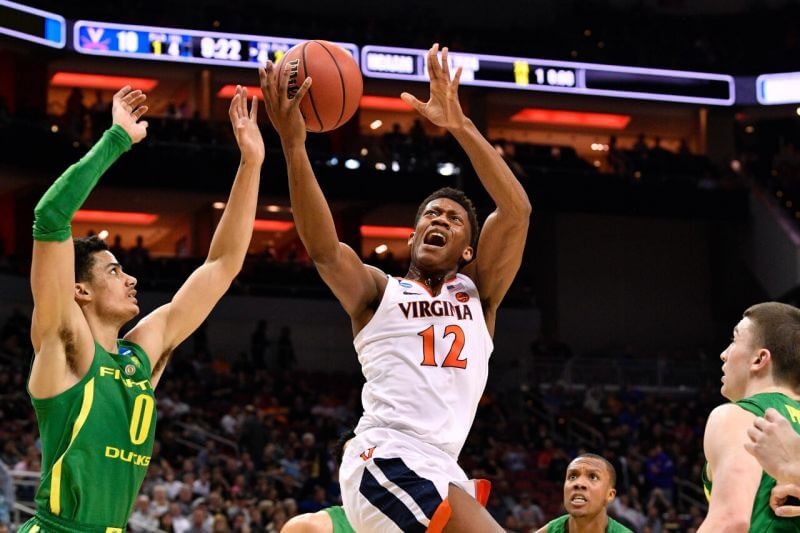 First To 15: The Most Exciting March Madness Prop

Illinois vs Michigan Picks: Danger In The Wolverine Den

Baylor vs West Virginia Picks: How Will BU React To First L?
Get the best sports betting information delivered straight to your inbox for free.
By signing up for the Covers newsletter, you agree to receive electronic communications from Covers about our products and services, as well as other content that may be of interest to you
About Us
Contact Us
Careers
Our Team
Our Community