BOSTON -- Isaiah Thomas scored 11 of his 24 points in the fourth quarter, leading Boston on a late surge that put the Celtics in command of the game and back on top in their first-round playoff series with a 108-97 victory over the Chicago Bulls on Wednesday night.

Avery Bradley also scored 24 for Boston. Al Horford finished with 21 points, nine rebounds and seven assists as the Celtics won their third straight and took a 3-2 lead in the Eastern Conference series.

After losing the first two games, the top-seeded Celtics can advance with a win in Game 6 on Friday night in Chicago.

Dwyane Wade had 26 points, 11 rebounds and eight assists for the Bulls, who sputtered down the stretch and were outscored 29-16 in the fourth quarter. Jimmy Butler and Robin Lopez added 14 points apiece for the Bulls, who were without point guard Rajon Rondo (broken thumb).

Isaiah Canaan got the start in only his second career playoff game and finished with 13 points for the Bulls.

Chicago opened the game strong and kept it tight through the first three quarters.

Neither team turned the ball over during a back-and-fourth third quarter. Crowder made four free throws in the final 40 seconds of the period to put Boston up 79-78, but Chicago still had six seconds left and Butler put the Bulls back on top with a 3-pointer at the buzzer.

Chicago was leading 81-79 early in the fourth before Thomas took over. Thomas, who converted a three-point play earlier in the period, hit a layup that put the Celtics back up 86-85 and started Boston on a 19-4 run that secured the first win for a home team in the series.

The Bulls unraveled as Boston continued building up a bigger lead, sending Thomas to the line after technicals called on Wade with 4:52 left, followed by a technical on Lopez 32 seconds later.

Thomas hit both free throws after the technicals along with two from the line in between on the foul that frustrated Wade into the technical. Horford added two free throws to make it 104-89.

NOTES: Chicago G Rajon Rondo traveled with the team and was not wearing a cast or splint on his injured right hand, but he stood out from his teammates in a tan suit. ... The Celtics closed the first quarter on a 13-2 run and led 23-20 entering the second period. The late surge made up for a sluggish start as Chicago took an early 12-4 lead. ... Bulls G Isaiah Canaan was inactive the first three games of the series and made his career postseason debut Sunday in Game 4, finishing with 13 points and three assists in 34 minutes. ... Boston fans jeered Bulls C Robin Lopez in the third quarter when he rushed a shot from just inside the foul line and the ball sailed over the backboard. Lopez still scored 10 in the quarter after finishing the first half with only four points and three rebounds. 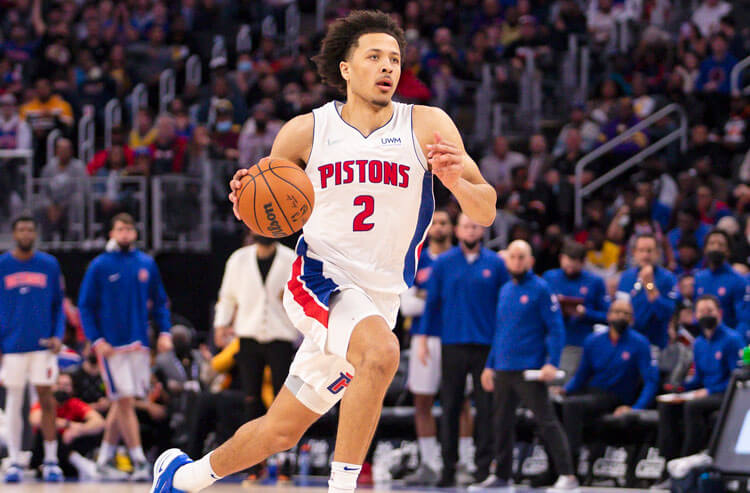 NBA Rookie of the Year Odds: Cunningham in the Picture After Delayed Debut

76ers vs Celtics Picks and Predictions: Boston's Depth the Difference Against Houseguests From Philly
About Us
Contact Us
Careers
Our Team
Brand
Testimonials