The big payout to each year's overall winner has long been a staple of The SuperBook's SuperContest. Starting this year, there are even more in-season opportunities to win.

Over the course of more than three decades, The SuperContest became well established as the premier NFL picks contest. Many who love the week-to-week of NFL betting also enjoy having a seasonlong measuring stick by which to prove themselves.

While the brain trust at The SuperBook has certainly made efforts to improve the product, there's always room to do more. Some friendly competition from Circa Sports – heading toward its third year of the popular Circa Million contest – certainly helps keep the mind open to new possibilities, as well.

So, it is that Jay Kornegay revealed to Covers on Tuesday afternoon some sea changes for the 2021 SuperContest Classic. Kornegay, who operates The SuperBook as Westgate's Vice President of Race and Sports, first pointed to the price.

Another big change: more than doubling the number of SuperContest Classic in-season contests, from four to nine. Previously, there was a contest for each quarter of the season, with the last one actually running five weeks. Starting this year, there are six three-week contests and three six-week contests, thanks to the NFL's new 18-week schedule.

"The in-season contests have always been popular, a lot of people enjoyed them," Kornegay said. "So we decided to take them to another level."

The SuperBook will continue offering SuperContest Gold, the $5,000-per-entry, winner-take-all event, as well as the midseason SuperContest Reboot. Registration opens July 1, with a Sept. 11 deadline for the Classic and Gold contests.

There are also some related goings-on that Kornegay expects will appeal to potential entrants. Most notably, anyone entering the SuperContest gets a ticket into the Super Suite Deal, a raffle that includes: four nights at the Westgate (Dec. 29-Jan. 1, checking out Jan. 2); four tickets in an Allegiant Stadium suite for the Pac-12 vs. Big Ten Las Vegas Bowl on Dec. 30; four tickets to the Westgate's New Year's Eve party; and a round of golf, food and beverage for four at Las Vegas Country Club.

Kornegay also announced that the annual SuperContest Weekend festivities are set for Aug. 28, highlighted by the scramble-format golf tournament. There will be 10 SuperContest entries given away in raffles, as well. The golf tournament is $90 per player, and the event is capped at 90 to 100 players. To register, call 888-457-3307 beginning July 1. 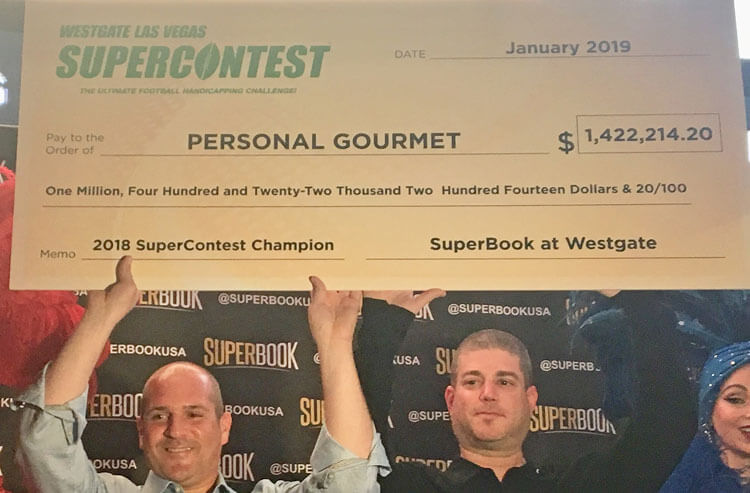