FORT WORTH, Texas -- Oklahoma State's climb up the College Football Playoff rankings needed a boost, if not a shove.

The No. 11 Cowboys did their best self-propelling act Saturday, posting a 31-6 road rout of TCU at Amon G. Carter Stadium.

Oklahoma State won its seventh straight game, improving to 9-2 overall and 7-1 in the Big 12 behind a big second half performance. The Cowboys get a shot to boost their stature even more Dec. 3, with a game at Oklahoma that carries Big 12 championship implications.

For the Horned Frogs, who fell to 5-5 and 3-4, there's still work to do to secure a bowl bid. TCU visits Texas next week, before closing the regular season at home against Kansas State, needing one win to make the postseason.

After a low-scoring first half, the Cowboys produced three unanswered touchdowns on their first three possessions to pull away in a game that saw them enter as a three-point underdog.

Oklahoma State did it with defense and an emerging running game.

TCU's only touchdown drive consisted of six yards and the Horned Frogs, who averaged 510 yards of offense entering the day, were limited to 343 by the Cowboys, who picked off quarterback Kenny Hill twice.

Oklahoma State ran for 334 yards, its most since 2013, with tailbacks Chris Carson and Justice Hill both going for more than 100 yards.

Hill finished with 154 yards, while Carson added 146 and a touchdown.

Hill passed for 166 yards and a touchdown, before being replaced by Foster Sawyer. Hill also led the Horned Frogs in rushing with 79 yards on eight carries.

Oklahoma State led 10-6 at halftime in a start unexpectedly dominated by defense, with both teams ranked among the nation's top 25 in total offense and scoring offense.

After the Cowboys forced a punt late in the first quarter, return man Barry J. Sanders muffed the kick, with linebacker Paul Whitmill recovering for the Horned Frogs at the 6-yard-line.

Two plays later, receiver KeVontae Turpin took an inside flip pass from Hill and scampered into the end zone for the score. The lead remained at 6-0 when Cowboys defensive tackle Vincent Taylor blocked the point after attempt.

Rudolph connected with receiver Chris Lacy on two big plays, first with a 30-yard pass to the TCU 2-yard-line, then again after two plays netted minus-1 yards, with a scoring strike from the 3. Ben Grogan's PAT made it 7-6.

Grogan extended the lead with 3:34 remaining in the half with a 27-yard field goal, after an 11-play Cowboys drive stalled.

TCU had a chance to go ahead, moving to a first-and goal at the Oklahoma State 7. But after passing on a field goal try on fourth-and-goal from the 1, tailback Kyle Hicks took a direct snap from center and threw incomplete for tight end Cole Hunt, who was open in the end zone.

NOTES: With a 32-yard run in the second quarter, Oklahoma State tailback Justice Hill passed Thurman Thomas as the Cowboys' top rusher among true freshmen. Thomas ran for 843 in his 1984 debut at the school. With a 154-yard rushing day Saturday, Hill has 943 yards this season. And with a Dec. 3 game with Oklahoma, as well as a bowl game remaining, he has a chance to become Oklahoma State's first freshman to rush for 1,000 yards. ... Saturday marked Gary Patterson's 200th game as TCU coach. His next will match Dutch Meyer for the most in program history. Patterson is the winningest coach at TCU, with a 148-52 record. Patterson passed Meyer on that list in 2012. ... For only the fifth time in program history, the Cowboys produced two 100-yard rushers and a 100-yard receiver in the same game, with Hill and Chris Carson doing the damage on the ground, to go along with Chris Lacy's big receiving afternoon.. 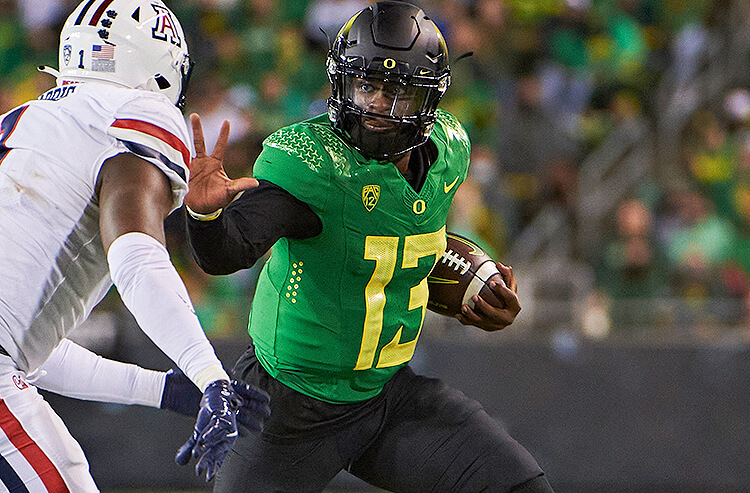