UFC Fight Night Barbarena vs Dos Anjos Picks and Predictions: Age Ain't Nothing But a Number

Rafael Dos Anjos looks to bounce back from a knockout loss to Rafael Fiziev when he faces off against Bryan Barbarena on Saturday night. Find out why we're backing RDA in our Barbarena vs. Dos Anjos betting picks.

Rafael Dos Anjos vs. Bryan Barberena is scheduled for three rounds in the welterweight division as the co-main event of this weekend’s UFC Fight Night from the Amway Center in Orlando, Florida.

Dos Anjos is hoping a quick detour to welterweight will not compromise his pursuit of a lightweight title shot. On the other side of the octagon, Barberena is eager to add another aging legend’s scalp to his resume.

Father time hasn’t called Dos Anjos’ name yet, and UFC bettors are firmly behind him here as a massive -540 favorite. Meanwhile, Barberena is considered overmatched according to UFC odds as a +420 betting underdog.

Here are our picks and predictions for Dos Anjos vs. Barberena at UFC Fight Night from Orlando.

Dos Anjos’ return to lightweight has been a fruitful one, as he currently sits inside the Top 10 in the lightweight rankings. He’ll need to be on his toes to avoid a second consecutive loss, and the unranked Barberena is not going to stand by to let this legend get back on track. While many see this as a bounce-back fight for Dos Anjos, Barberena hopes to use it as a springboard to bigger opportunities.

We last saw Dos Anjos in a dogfight with Rafael Fiziev, succumbing to his opponent after a big right hand in the fifth round took him down. He still looked solid in defeat and has been impressive since returning to lightweight with wins over Paul Felder and Renato Moicano. The former lightweight champion has a small window to get another chance at a title, but he can’t afford another setback if that is to happen.

RDA lands 3.58 significant strikes per minute at 46% accuracy and does his best work on the ground, averaging 1.96 takedowns per 15 minutes and 0.5 submission attempts in the same time frame. Dos Anjos has excellent conditioning and has been in the octagon with some of the greats at both lightweight and welterweight.

Barberena blasted out Robbie Lawler in the second round at UFC 276. The Montclair native has gone 4-1 in his last five fights and is inching towards being ranked at welterweight. There’s no doubt that Barberena is entertaining, as apparent by his five “Fight of the Night” awards. Still, he needs a win over a legitimate contender to elevate him beyond serving as a mid-carder.

“Bam Bam” lands 6.11 significant strikes per minute at 48% accuracy and will have all the physical advantages in height, reach, and size. Barberena’s striking is his bread and butter, with 11 knockouts in 18 wins with an average fight time of 12:20. He is younger and the natural welterweight in the octagon. We say “normally” because Barberena’s one-dimensional offense gives Dos Anjos multiple ways to approach this fight.

Dos Anjos isn’t going to slug it out with Barberena, but he can exploit his below-average striking defense and propensity for eating takedowns. There is a gap in experience between them (hence the odds heavily favoring Dos Anjos), but Barberena winning isn't outside the realm of possibility.

Barbarena vs Dos Anjos tale of the tape

Even as he approaches 40, Dos Anjos is still a handful. He operates methodically, showing excellent grappling, and has the intelligence one would expect of a 45-fight veteran. Seeing that Barberena has been taken down 22 times in his last five fights, we can expect Dos Anjos to take him to the canvas more than once.

While Barberena is a busy striker, the right kind of tactic against any swarmer is to disrupt their rhythm and make them reset. As he tries to work Dos Anjos over, Barberena will get tied up, have to fight a takedown attempt, and might take a few shots on the inside for his troubles. All that being said, this is a bad pairing for him.

At the same time, Dos Anjos is a physically stronger fighter. Should they mix it up with strikes, the older man will be landing the heavier blows and making the most out of his offensive bursts. We are going with old man strength to prevail over youth as Dos Anjos takes the win here.

Barberena is an open book for Dos Anjos and is likely to get mauled by his grappling. Though Dos Anjos could pursue a submission, he might expend too much energy keeping Barberena grounded. He likely outworks him throughout the fight to win a clear decision. 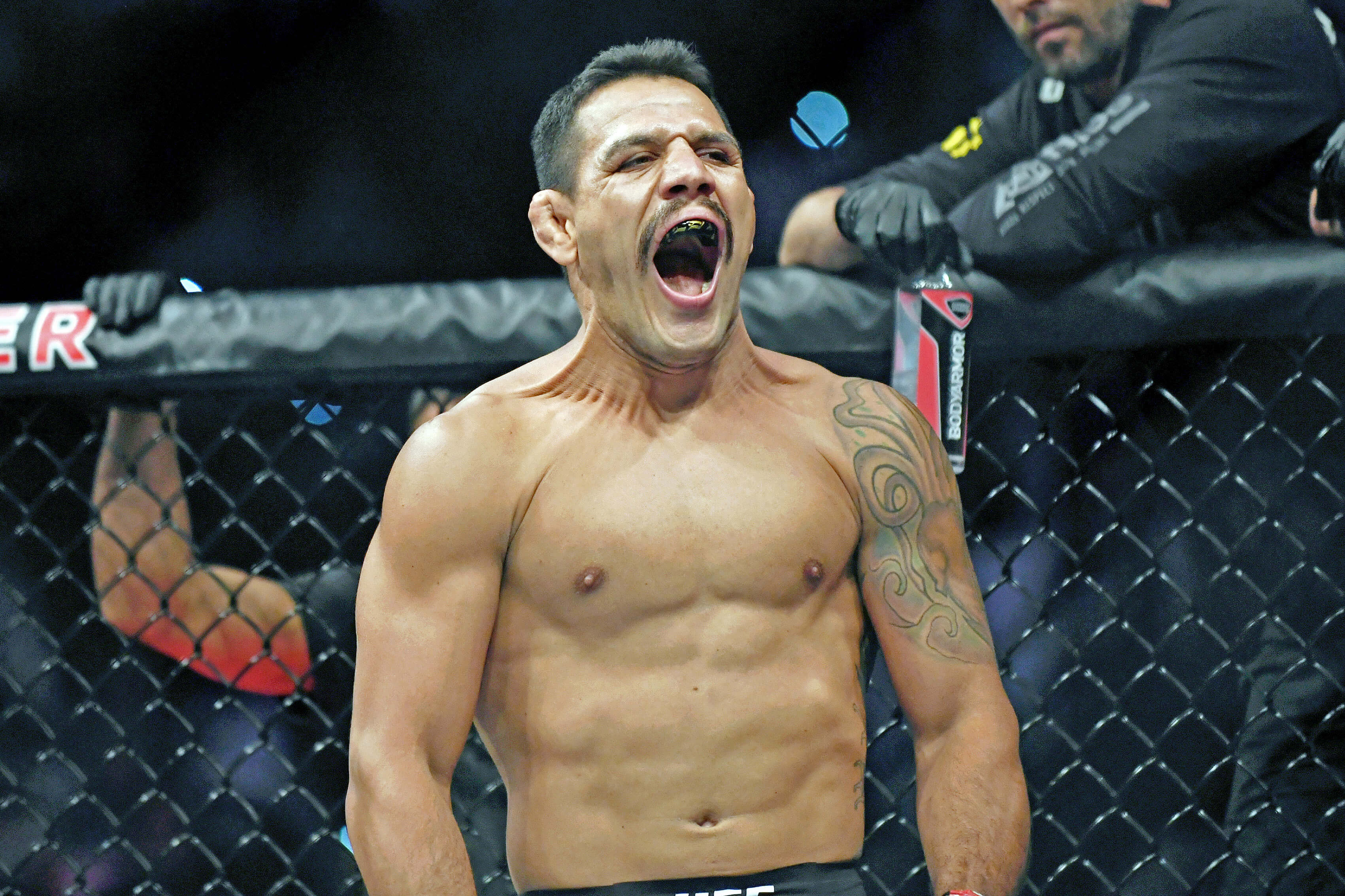 UFC Fight Night Barbarena vs Dos Anjos Picks and Predictions: Age Ain't Nothing But a Number
Provided by